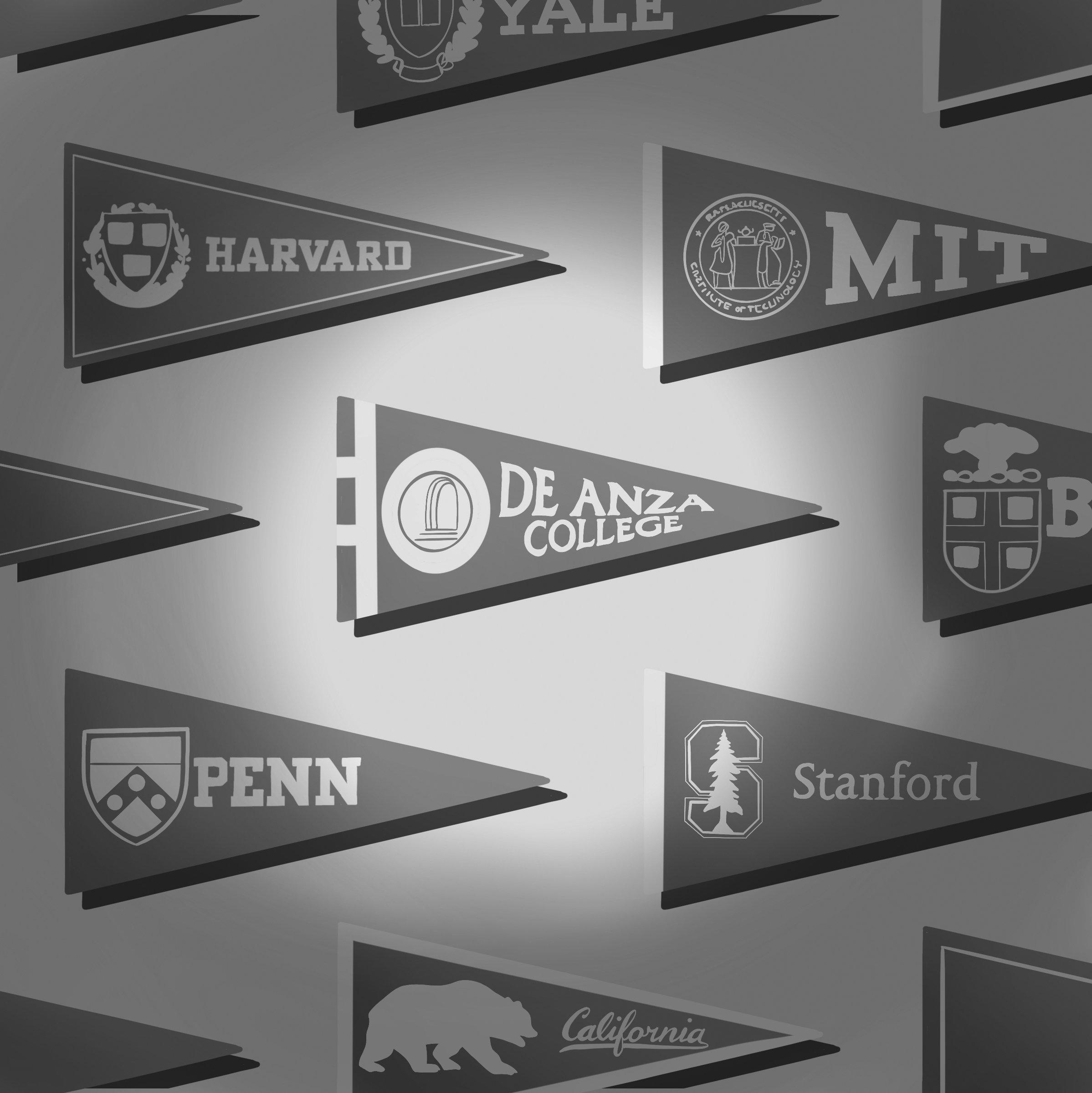 Community must respect all pursuits of higher education

On college shirt day last year, a day that is intended to enable students to show pride for their post-high school plans, a student wore a Foothill College shirt with the words “Sorry, Mom” written on the back. This message exemplifies the shame that many students planning on attending community college may feel due to the Paly’s culture of excessive competition.

Students should not be made to feel this way about their college choice.

Paly is known for its quality education, Silicon Valley location, advanced facilities and extra support resources such as the assistance and encouragement available through the College and Career Center and Wellness Center. However, students are all too familiar with the cutthroat attitude that lurks beneath the surface of the seemingly accepting educational environment.

Often, excessive competition causes a rift between peers, spoiling the enriching environment fostered for students. From selecting only the most rigorous Advanced Placement (AP) and honors courses for the purpose of outdoing other students, to excessively comparing standardized test scores, it is evident that competition can manifest itself in a toxic manner.

Competition between peers is not always harmful — it can drive students to perform better academically, teach students how to cope with defeat and inspire them to push their limits and discover new interests. This healthy competition requires mutual support and encouragement from peers, teachers and parents.

At Paly, though, the competition sometimes makes certain, less prestigious options feel less appealing, rather than being seen as providing more opportunities.

In particular, there is a tendency to only celebrate one kind of post-high school success, which does not include alternative pathways such as community college.

An example of this is the numerous college flags that hang from the front wall of some classrooms, such as that of AP Chemistry. The majority of these flags carry the names of Ivy Leagues and other prestigious universities, even though most Paly students are not accepted into these schools. This regrettable practice of displaying flags from only highly esteemed schools further perpetuates the culture of competition, as it fuels students’ beliefs that these universities are the only acceptable colleges to attend. As such, teachers should encourage all students to hang banners from their respective educational institutions, regardless of reputation, to evoke a sense of pride, worth and community acceptance.

That is not to say students who are accepted into prestigious schools shouldn’t be acknowledged, but rather that all students deciding to further their education past high school should be celebrated, rather than tacitly judged for which college they choose to attend.

During this year’s college shirt day, one student chose not to wear a shirt with the college they were choosing to attend, Foothill College, on it because they felt embarrassed about attending a community college.

Because of their lack of prestige, community colleges are often ignored as a viable option before heading off to a university. Even though students who attend community college are pursuing higher education, Paly’s competitive environment has made status more significant than actual education. Instead, community college should be celebrated as a good option for students.

De Anza College Humanities Professor Rashi Jackman said he teaches community college students with the same rigor as he would at any other college.

In addition to the quality of education, community colleges provide students with a more  affordable option. The cost of tuition at the University of California, San Diego is $14,429 for in-state students, while tuition at Foothill College is  $1,515. The $13,000 difference in cost per year between these two options may make the difference for some students in terms of whether or not they are able to afford to attend college.

Moreover, the tuition expenses often lead to eventual student loan debt that follows students post-graduation from a four-year university. According to The Institute for College Access and Success, the average student loan debt for graduates of four-year colleges in 2017 was $28,650, up 1% from 2016. By attending a community college, a student would be able to earn college course credit without falling further into student loan debt.

Along with possibly providing students with the opportunity to gain admission to a four-year university, community college serves as a segue for those who are not yet prepared for a traditional college experience or would like to join the workforce immediately after high school instead of getting a four-year college degree.

According to Jackman, some students may not be ready to attend schools away from home, and community college would provide them with a healthy transition before distancing themselves with a university farther away.

Regardless of the path a student chooses to follow after high school, members of the Paly community ought to respect anyone who decides to pursue higher education through college and recognize that scholarship is more valuable than prestige.