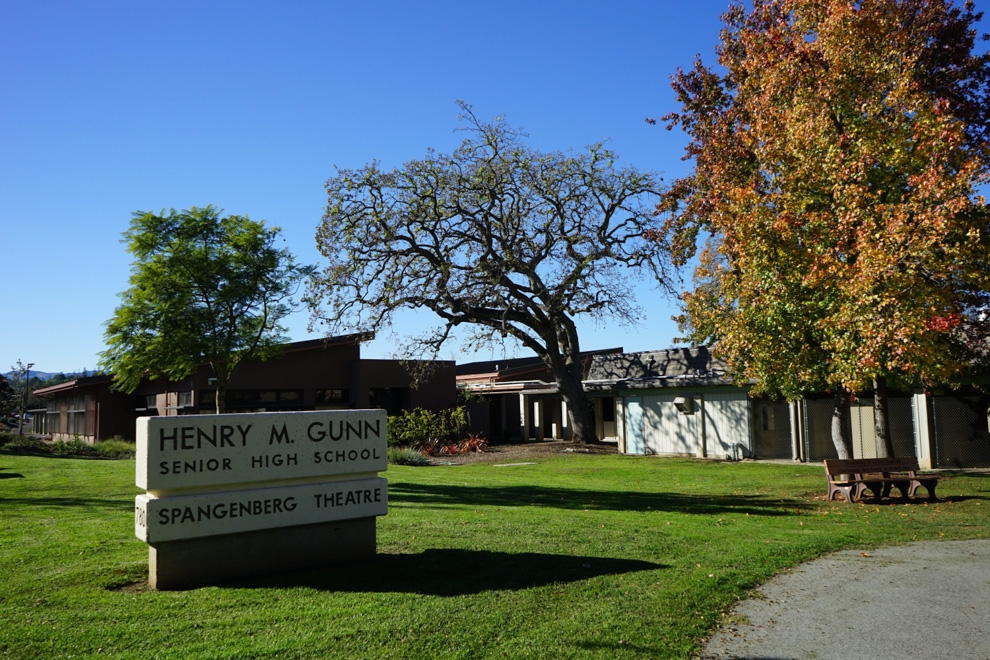 Unfounded threats of shooting at Gunn

The Henry M. Gunn High School community can now empathize with the terror sweeping the nation after a student expressed an intent online to “shoot up” the school,  just two years after a shooting threat resulted in a midday code red lockdown at Paly.

During the early evening of Aug. 29, the Palo Alto Police Department responded to online comments on their Instagram page posted by an anonymous user who threatened to carry out a school shooting at Gunn High School the next day, a Friday. The person stated in the post that they  wanted to “shoot up” the school.

The account allegedly also posted photos of guns on Instagram with a caption that led students, Gunn district administrators and police to fear that the student planned to orchestrate a school shooting.

In less than three  hours, detectives and school resource officers pinpointed the identity of the student behind the comments and established contact with the student at their home in Palo Alto.

Police took the student into custody that Thursday night. The police have not released the suspect’s name and they have not charged the suspect with any crimes, according to Police Sgt. Craig Lee.

Instead, the police officers and guidance counselors moved to place the student on a 5150 hold, which, according to the Family Education and Resource Center, is a mandated 72-hour psychiatric hospitalization ordered for people who are believed to be a danger to themselves or others.

According to a police press release issued early Friday morning, a search of the student’s home revealed no weapons or guns in the house. The police do not think the student had a legitimate plans to carry out a school shooting.

Palo Alto Police, the release said, are working with the Santa Clara County District Attorney’s Office and the Juvenile Probation Department to review which, if any, criminal charges should be brought against the student.

Despite the threats, Gunn held classes the next day. Gunn Principal Kathie Laurence did, however, inform students’ families about the situation in a letter early Friday morning before school started. The letter stated Gunn staff members “continue to work on building a positive school culture at Gunn as we know that it has a direct relationship on wellness and safety.”

Paly Principal Adam Paulson said he was happy with the efforts and quick response of all parties involved in resolving the issue in an appropriate manner.

“I talked with Mrs. Laurence from Gunn and offered any assistance from Paly that was needed,” Paulson said. “She and her team did a fantastic job of communicating with their students and school community to provide information and support.”

With more reported shootings this year than there have been days, according to the gun violence archive,  gun violence in America has impacted students’ confidence in their safety throughout the day, Gunn senior Ori Spector said.

“The recent increase in school shootings is stressful,” Spector said. “It definitely makes school feel like a less secure place than it did in the past.”

However, this particular threat, and the timely manner in which the police handled it, reassured students and staff at Gunn that there was no imminent danger, he added.

“We all felt pretty nervous when we heard the news about the threat,” Spector said. “But we were pretty sure that it was nothing more than a prank.”