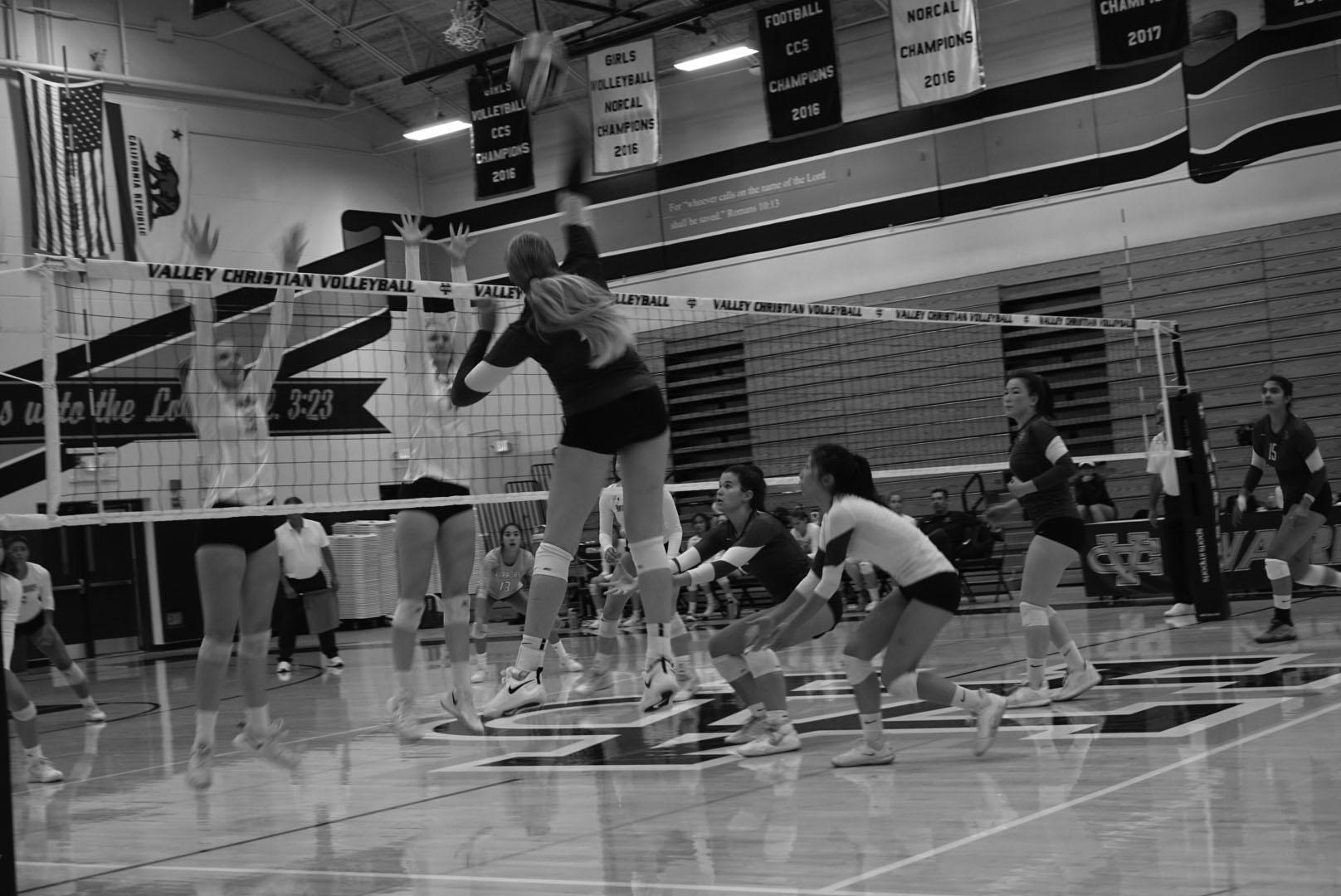 Sloan Wuttke
Sports
September 8, 2019
Following the loss of their previous coach, the Paly varsity girls’ volleyball team has been working to facilitate connections with their new coach.

The team is aiming towards perfecting their mentality, technique, execution, and teamwork: all essential components to a successful team. But with the addition of their new coach, Chris Crader, the team must also acclimate to his intended goals for the season.

Most importantly, they will need to strategize on how to qualify for the Central Coast Section open division finals, Crader’s intended goal for the fall season.

Crader, a renowned volleyball coach who previously coached at Claremont, Menlo School, and Presentation, had noteworthy successes throughout his volleyball coaching career and plans to do so at Paly aswell.

“We (the coaches) talked to the girls (the players) about if we just worry about being the most improved team in CCS, everything else will just take care of itself,” Crader said.

When asked about his personal contributions and assets to the team, Crader suggested that he would be a testament to the team’s future growth.

“I’d like to think that I can help the girls improve their technique a lot, improve their mental game a lot. I do a good job in matches by helping them make adjustments, so those are some of the big areas where I’m going to try and help them improve and execute in big matches,” Crader said.

Trisha Razdan, a junior who’s been on the varsity team since her freshman year, is impressed with Crader’s past successes.

“He (Crader) has a history of success in the sport of volleyball as he’s won CCS titles and even medals for club volleyball,” Razdan said. “I think adapting to his style and him adapting to our team is what we’re mostly working on.”

However, difficulties are bound to happen and Crader always considers the possibility of difficulties arising, whether that be socially, mentally, or physically.

“One of the things I always say is ‘volleyball is hard,’ so the game itself is always going to provide some amount of problems. For varsity, when you have fifteen people in a fairly cramped space, fifteen competitive, pretty intense people, at some point, something’s not going to be perfect,” Crader said.

Crader plans to create a safe social environment to foster team relationships and, hopefully, prevent any miscommunications within gameplay.

“The girls (players) actually did a team bonding event this past Sunday, so they’re hanging out together and we’ll try to do some more of those things and try to be as cohesive as we can,” Crader said.

The team is confident in the successes Crader will bring and how he aims to unite the team holistically. A junior on the team, Kimi Lillios, attested to this and the potential Crader brings.

“I have faith in Crader simply because of his history of success, and I think we (the team) have a really good shot of going far this year given the addition of his knowledge and expertise in volleyball,” Lillios said.