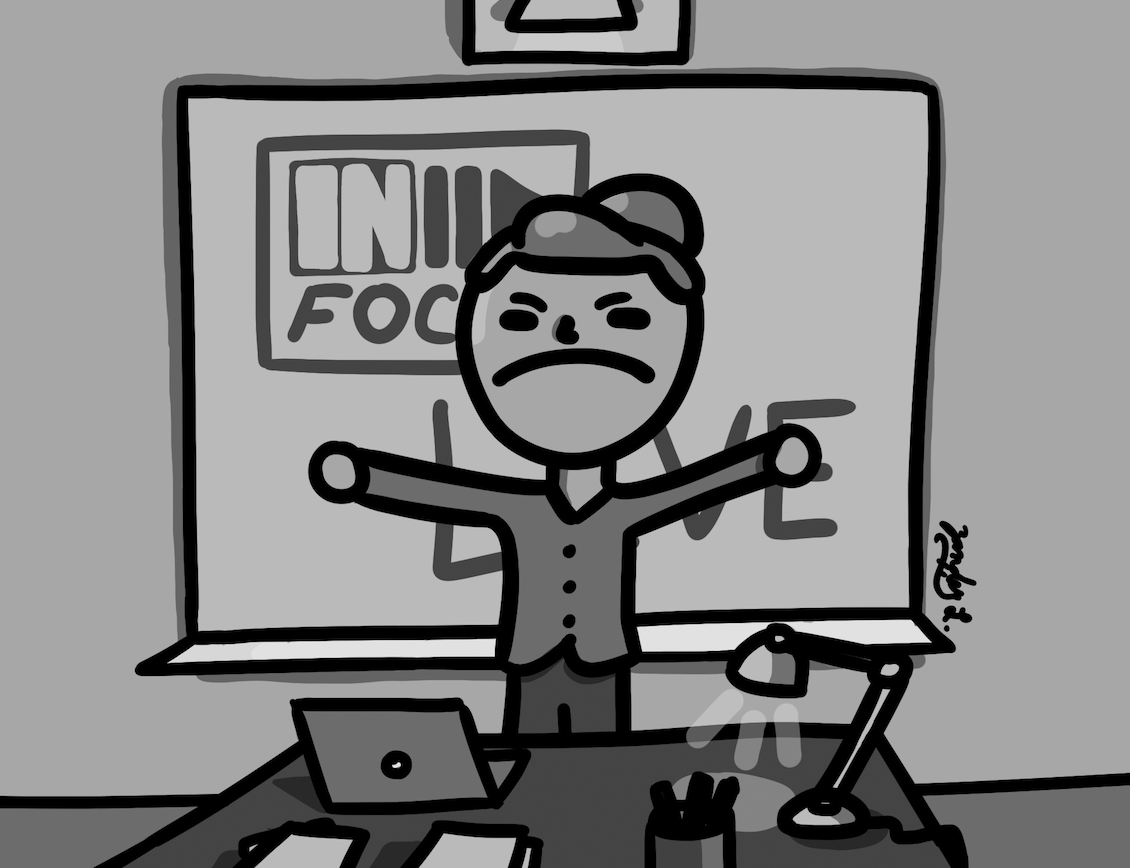 InFocus time should not be utilized for instructional minutes

It’s a week before school goes back into session, and schedules have just come out. Of course, everyone begins to compare. It’s commonplace to try and meet up with friends during preparatory periods, and for many, it’s clear that the most prized of these preps are during fifth and sixth period.

This is because the aforementioned periods are the longest of the school day — while every other class runs for 90 minutes, these two last for 100.

This is due to InFocus, Paly’s news broadcasting publication, which tacks an extra 10 minutes onto the end.  Teachers, after the allotted 90 minutes of class time, are required to stop instructional time and dedicate the last part of the period to watching the InFocus broadcast. However, most of the time this is not the case.

Instead of allowing students time to decompress after the lesson and to observe a school publication’s creation, many teachers use InFocus time to continue teaching their lesson plan.

“A lot of the time, my math teacher will ignore InFocus to continue on with the lesson plan,” an anonymous senior said. “It sucks not only because we have to do more math, but because we also miss out on school announcements that we’d actually like to hear.”

This is a prevalent issue for reasons more serious than the obvious: students don’t want to do work for 10 minutes more than they have to.

In fact, compared to those who don’t teach fifth and sixth period classes, teachers who disregard the broadcast get to teach for 10 more minutes every time they see that class, which adds up to a combined 30 minutes more class time per week — enough time to cover almost a whole lesson, depending on the course.

This is a disadvantage for teachers who fit all their lessons into the regular allotted time, as well as to classes other than fifth and sixth period.In addition to this inequality among teaching times, the more laughable reason, which is students’ perceived “laziness,” is not laughable at all.

In fact, the necessity of breaks for teenage learning should not be discounted. In short, it is unfair to force already over-stressed students to continue doing work after 90 continuous minutes, which is the agreed upon amount of class time for each period by the student body, their families and teachers.

If there is already controversy in the scientific community about whether the 90–minute periods are too long to encourage concentration, it is undeniably unjustifiable for teachers to independently decide that their class can be pushed for an additional half an hour each week. Not only are there administrative and potentially legal reasons to crack down on teachers who misuse school announcement time from its purpose, but it is also disrespectful behavior to see from a mature adult — ignoring and overlooking the work of a school publication.

While InFocus often encounters technical difficulties and does not start its broadcasting schedule until September, these are not valid excuses to ignore not only the efforts of the publication, but also the rules that are endorsed by the scheduling committee and administrators.

Even if InFocus isn’t working, teachers should not be allowed to continue to teach. In an instance where the broadcast cannot be watched for whatever reason, teachers should designate the last 10 minutes of fifth and sixth period for work time, or a short break before their next class or tutorial.

To help fix this issue, admin should make it clear that the last 10 minutes of fifth and sixth period can’t be used for teaching, regardless of whether or not InFocus is airing.

However, it may be the case that a generalized announcement will not be effective. If so, there should be an anonymous way for students to report teachers who misuse InFocus time, as many students fear repercussions that may come from disagreeing with or challenging their teachers.

This being said, this plan is contingent upon the action of the administrators.

If admin receive reports from students that their class does not get the opportunity to watch InFocus, it is their responsibility to enforce the rules with teachers and to stop them from neglecting the broadcast.

If admin don’t follow through with the reports they receive, students will lose confidence in the ability of the administrative figures to intervene in situations that are deemed unfair to students.

By implementing this system, we can stop the misapplication of InFocus time. This would allow students the time they deserve to watch the school broadcasting or to relax after a packed lesson plan, which can ultimately result in happier, less stressed students at the end of the period.

(Editors’ Note:  One of The Campanile’s advisers also advises InFocus, but he did not have any role in generating this story idea nor did he influence the author’s opinion.)