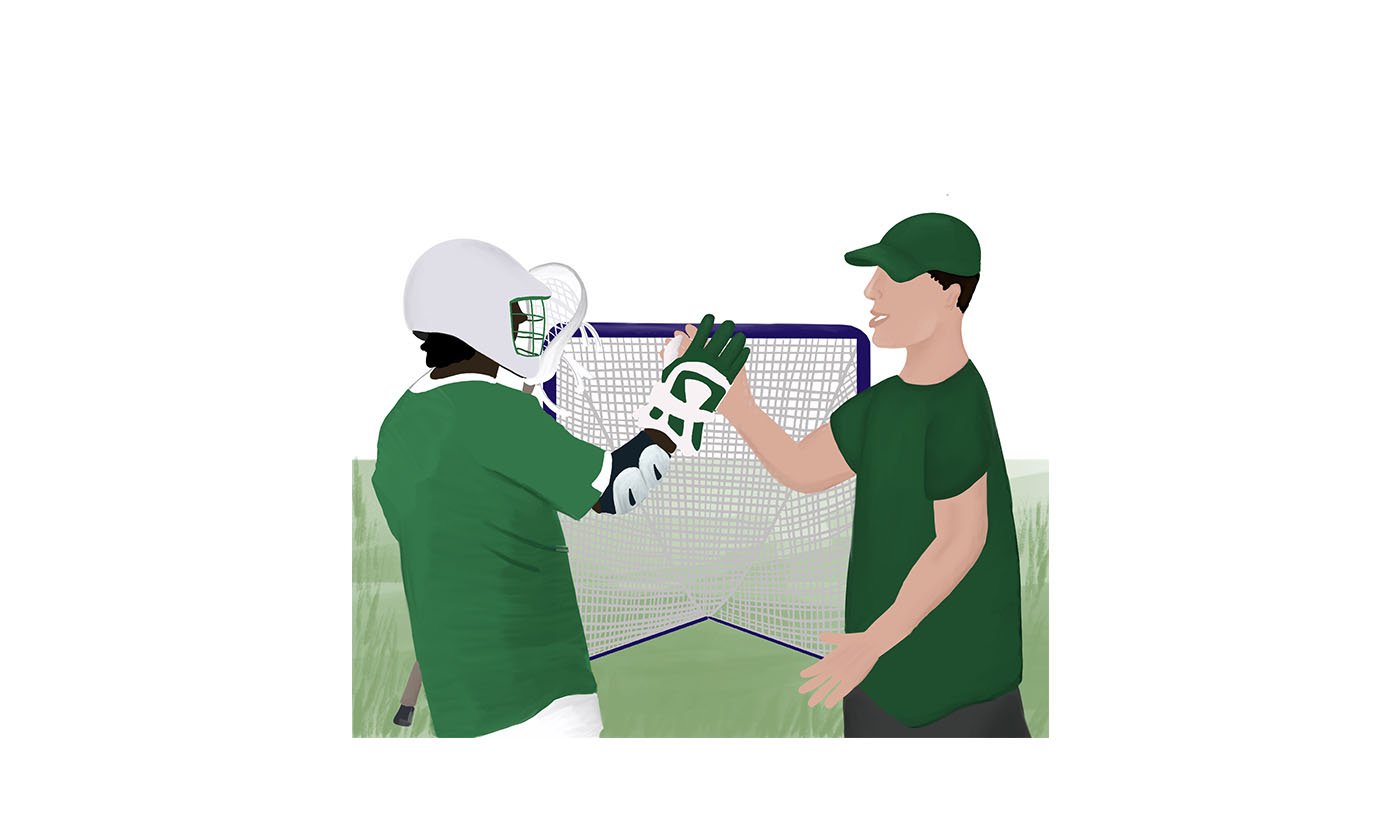 To junior lacrosse player Will Thomas many components create a successful team, one of the most crucial being maintaining a healthy relationship between player and coach.

Thomas believes that in order for a team to be successful, it is essential for players to respect their coach, their coach’s knowledge of the sport and each other. Paly boys varsity lacrosse coach DJ Shelton said it is important for both the player and coach to respect each other’s efforts and talents in order to build a strong relationship.

“Players must respect the (supposed) knowledge and dedication of their coach and appreciate the hard work that’s required for managing a team and all of its components,” Shelton said. “Coaches must respect a player’s ability to participate, and adjust their coaching to either embrace and or enhance the given talent on their team.”

According to Thomas, a healthy relationship between players and their coach usually takes time to develop. Players need time to see that the coach’s guidance can lead the team to success.

“The ideal relationship is built naturally throughout the season, as players and coaches get more comfortable and gain more trust in one another,” Thomas said.

According to Thomas, each relationship will have good moments as well as some periods where players may not understand the coach’s vision. Despite this,  it is important to maintain trust in the coach.

“There are going to be some high and low-points in the relationship, but it’s important that everyone remembers the team’s common goal to be successful,” Thomas said.

It becomes especially difficult for teams when a player and the coach begin to have public conflicts. These moments test a team’s chemistry and desire to win. Varsity girls soccer coach Ernesto Cruz says public conflict on a team often leads to decisions coaches do not want to make.

“One time I found out that a player of mine was talking behind the back of another player, and causing the team to split into two sides,” Cruz said. “I ended up needing to tell the girl to leave the team and addressed the situation with the team. They understood, and we went on to have a good season.”

When dealing with conflict between himself and a player, Shelton said he tries to avoid putting extra attention on that individual during practice. However, he realizes the importance of communication in these instances and encourages open discussion between the coach and player.

“It’s inherently awkward sometimes with a player after a serious issue has arisen, however, it is part of my duty as a coach to model professional and respectful behavior to all my athletes,” Shelton said. “Personally, I do my best to not draw any extra or different attention to that player beyond my normal coaching. I am also sure to check in with them after a few sessions to see how things are going– I never want to give the impression of ‘sweeping it under the rug.’

Shelton said a coach should not ask players to drastically change who they are because of conflicts, rather teach them why their behavior was problematic.

“The most important part of resolving any conflict with a player is to ensure that they understand the issue is with the behavior, not the individual,” Shelton said. “Behaviors can always be explained, analyzed and changed (if necessary). Solutions, therefore, should also focus purely on the behavior or perception, never a dramatic shift in that players being.”

A problem high school coaches often face is parental interference throughout the season.

According to Thomas,  a parent has no place to get involved in the coach’s decisions at the high school level, unless a player’s safety is at risk.

Shelton said he has dealt with negative parental involvement in many different forms during his time  at Paly, but does his best to treat the player the same without escalating the situation.

“Parents have definitely impacted the relationships I have had with certain players over the years, and it is quite unfortunate,” Shelton said. “When parents threaten me, the coaching staff, or even the school, it is paramount that I tread lightly around their (children) in order not to inflame the situation. I do my best to separate players from their parents, and would never take retribution on a player for their parents’ actions.”

Every player has a different relationship with their coach. For some players, their coach is the most important role model in their life.

For others, their coach is just someone who guides them in athletics.

Shelton said no matter what the situation, a player must understand the power dynamic, and not become overly comfortable with their coaches.

“It must be understood by both parties that they are not friends. No relationship with an unequal power dynamic can ever be friendship,” Shelton said. “Cordial kindness is expected, but neither coach or player should forget their role.”