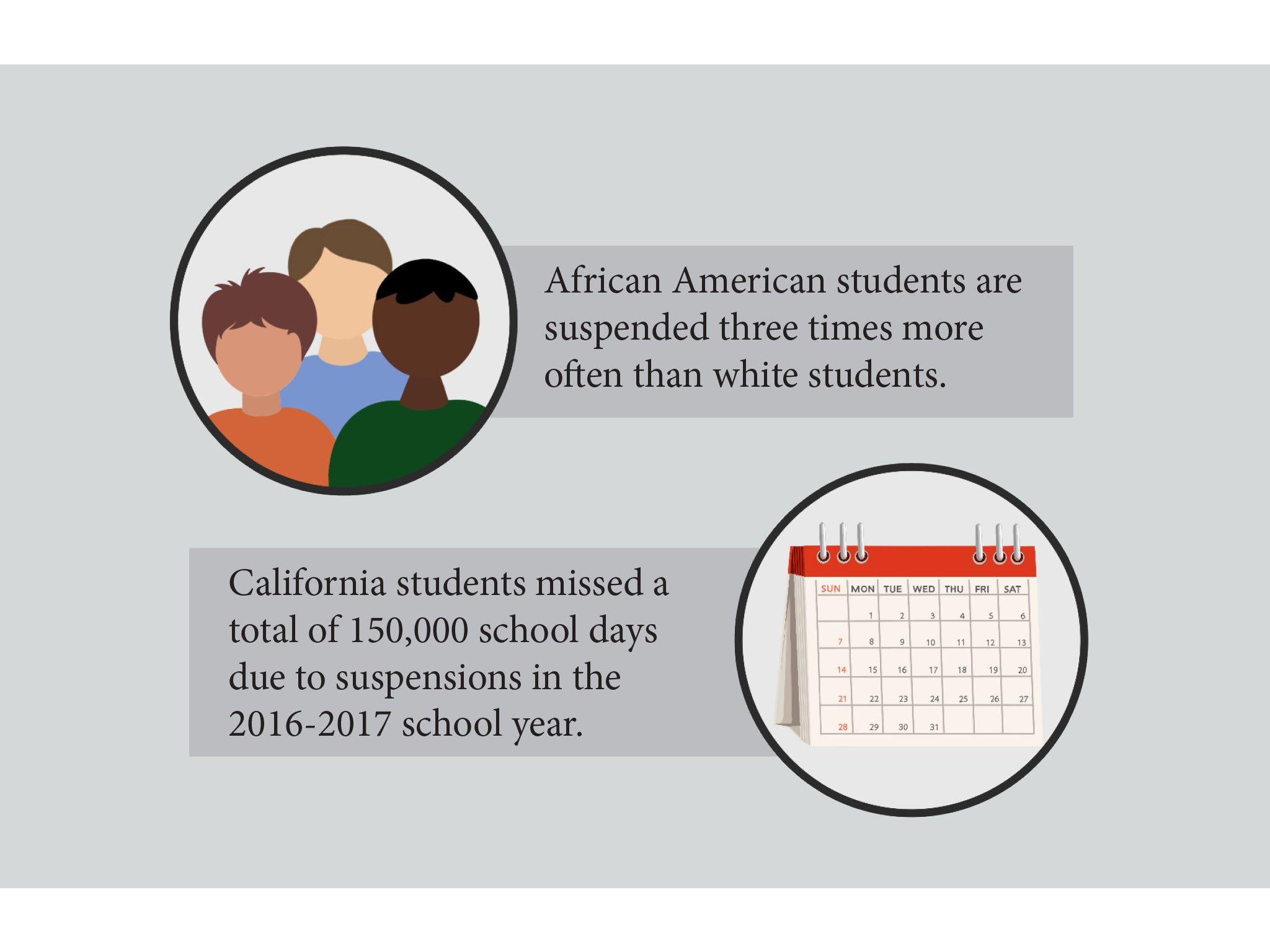 California legislators have taken a small step to combat the school-to-prison pipeline, an occurrence in which a disproportionate number of minors from underprivileged backgrounds are criminalized due to policies and practices in schools, such as suspensions.

With the implementation of SB 419, schools across California will not be able to suspend students in kindergarten through eighth grade because  of bad behavior.

The bill, signed by Gov. Gavin Newsom earlier this month, is intended to provide a safer and more encouraging classroom environment for California students, according to its supporters.

SB 419 expands upon a previous law which banned behavioral suspensions for California students in kindergarten through third grade.

Assembly member Marc Berman, who voted in support of the bill, believes that the ban on suspensions for unruly behavior will be beneficial to keeping students in the classrooms.

“I do support the bill,” Berman, who represents Palo Alto, said. “I voted in support of the measure when it came to the Assembly Floor. SB 419 will keep students in the classroom, which is far more beneficial to them than suspension.”

Palo Alto Unified School District Superintendent Don Austin agrees and thinks that suspensions for bad behavior have been overused in the past.

“Practically speaking, I’m personally in support of  eliminating willful defiance from suspension forms,” Austin said. “Mostly because it does not mean we can’t discipline students, it means we can’t suspend solely for this one classification that historically has been overused in school districts across the state.”

In the 2016-17 school year, California students missed 150,000 days of school due to suspensions for bad behavior. Sen. Nancy Skinner of Berkeley, who wrote SB 419, said the law will benefit students now and in the future.

“(SB 419) may be one of the best ways to disrupt the school-to-prison pipeline,” Skinner said.

Berman said the school-to-prison pipeline is a significant issue and SB 419 can begin to address it.

“Data has demonstrated that students of color, students with disabilities, and LGBTQ students are disproportionately affected by willful defiance suspensions — these same populations are also disproportionately imprisoned at a point in their lives,” Berman said. “I believe this legislation is a step towards changing those statistics.”

However, Austin believes that reversing the pipeline is a larger issue than what is being discussed.

“I think the pipeline (being discussed) in theory is much more complex than eliminating one category of suspension on a form,” Austin said. “I think that that’s overstating the importance of what’s being proposed here. I think for chipping away at the mentality of suspension, this is the first step.”

The bill does not ban all suspensions. Some exceptions  include when students are violent or threaten to be violent, possess a weapon, engage in an act of bullying or possess, use or sell intoxicants of any kind.

Because the law is set to stay in effect until July 1, 2025, the Legislature will now have time assess how the bill is working, according to Berman. This will allow lawmakers  to expand or narrow the list of exceptions and grade levels.

Additionally, the five-year sunset period allows the Legislature to see how effective the law is, and decide whether or not it should be extended to higher grade levels.

“It will be important for us to see these results before expanding the law’’ to grades nine through twelve, Berman said.

Austin said while it is not the current focus, extending the bill to high school in PAUSD could happen in the foreseeable future.

“I can’t think of a strong reason not to extend (the bill) through high school.” Austin said. “I know as a school district, we’ll be bringing a board policy for it very soon to remove it for grades K through 8. I think we have plenty of support to make that move, and we haven’t gotten into the high school discussion yet, but I’m sure it’s coming.”