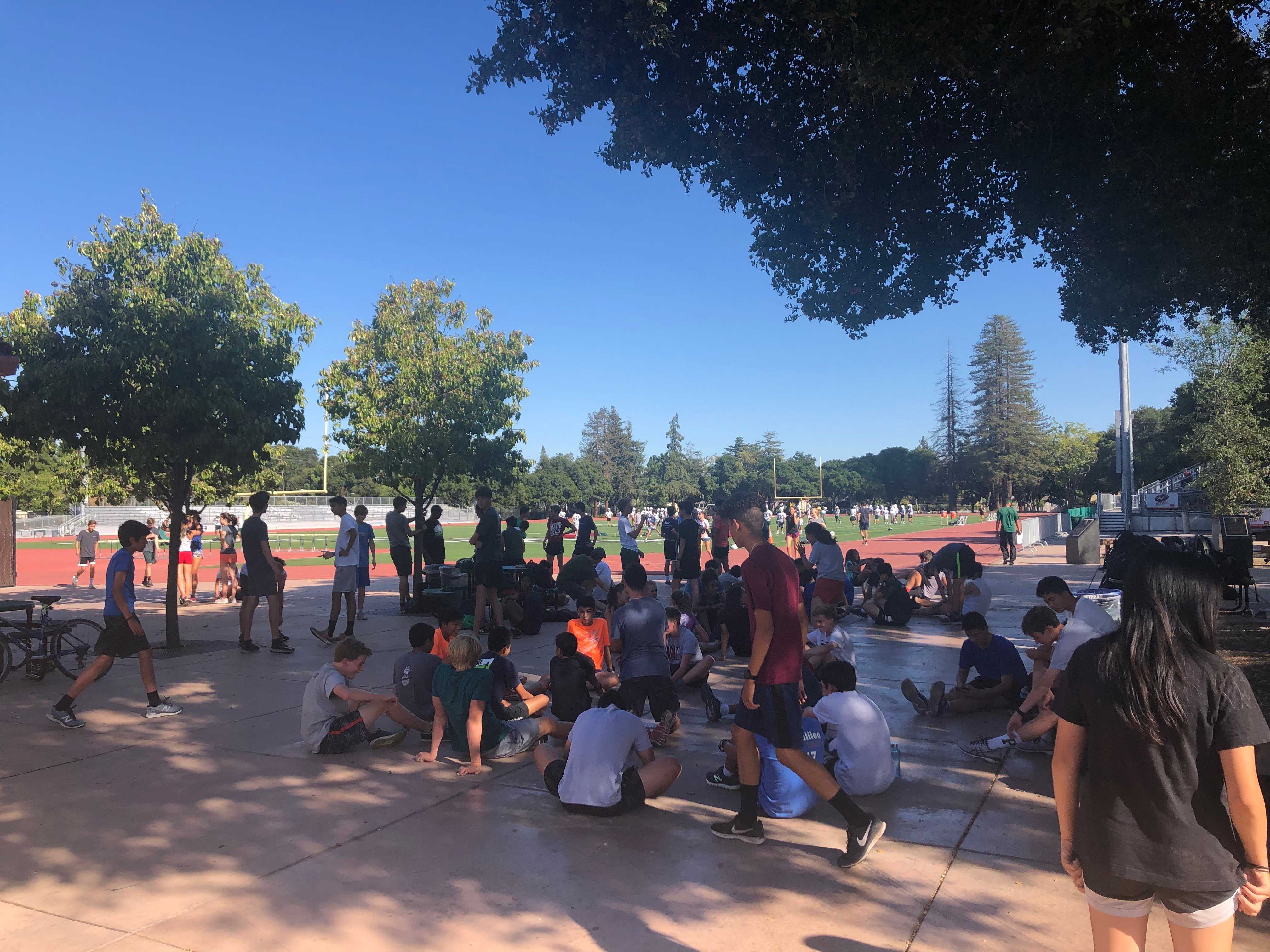 Placing first in their heats at the Lowell Invitational in San Francisco on Sept. 6, the cross country team’s sophomore boys, freshman boys, and frosh/soph girls all said they were proud of their performances.

The sophomore boys came in 6th and 8th place with James Miller and Kenji Tella. The freshman boys average time scored them in first place overall for freshmen boy teams out of all teams at the race. The frosh/soph girls also placed second with their average time, with 2nd and 3rd place in their heat by Elizabeth Fetter and Hillary Studdert. The varsity girls came second in their heat, paced by Seniors Miranda Jimenez and Ella Ball.

Senior captain Miranda Jimenez said the girl’s team has over 100 people on the team.

“Being a captain means making sure that 100+ people are on the same page,” Jimenez said. “At meets we make sure everyone gets to their race on time and we lead them in warm-ups. Sometimes, we also help our Coach out at practices by leading drills and core.”

Jimenez also said the most important part of being a captain is affecting the culture of the team by helping motivate younger runners doing workouts, leading cheers before races and planning activities for the team. This includes organizing pasta feeds for the team which she said will help to bring the group closer together.

Another team bonding activity the team is looking forward to is secret buddies, according to senior Ryan Park.

“For the next meets, we’ll be having pasta feeds and doing something called secret buddies, which is like secret santa but for XC,” Park said.

Along with team bonding, the team will also be training on the track and road to get their mileage in.

Park said, “Last year we won SCVALs led by a number of fast seniors, all of whom have since graduated, Park said. “It’ll be difficult without them but we’re training hard.”

The team is really looking forward to the next upcoming race, Captian Ella Ball said. They were most excited for the Baylands course, which was Sept. 24, being the team’s first SCVAL meet of the season.

“I know that the other captains and I have been really impressed with the underclassmen and are excited to see how the rest of the season goes,” Ball said. “I love being a part of Paly xc/tf, and I’m happy that I get to be a source of guidance for younger runners. I hope to show people why I love running so much, and hopefully they’ll love it as much as I do.”