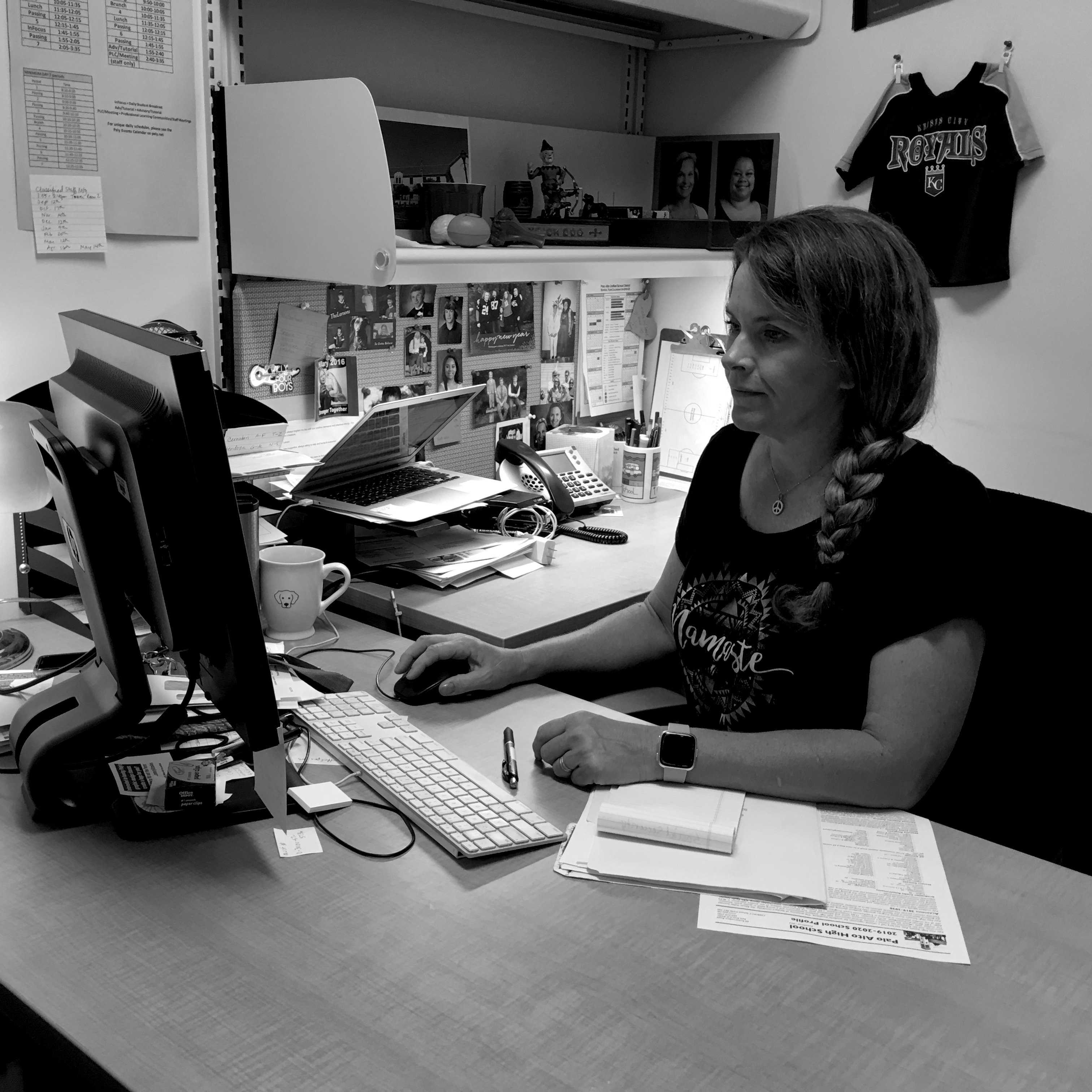 When Guidance & Career Voc Ed Assistant Karla Larson saw the amount of time former community engagement specialist Christina Owen spent processing binders of paperwork for students’ President’s Volunteer Service Awards, she knew Paly had to make a change. And one of her first thoughts was the service hours recording system should be moved online.

That’s where the app Helper Helper came in. Larson said this is the third year Paly has used Helper Helper to report students’ volunteer hours. Before Helper Helper, students needed to collect service coordinators’ signatures on a physical form to validate service hours.

According to Larson, a parent who knows the app developer from the Midwest first introduced the Helper Helper app to the school. Satisfied by its convenience, Paly decided to adopt this tracking system.

In addition to the recommendation, Larson said another intention of the change was to find a more environmentally friendly solution for tracking service hours.

“In general, a lot of people are trying to go paperless with a lot of things,” Larson said. “Not just in schools, but in society in general. It is better for the environment.”

Larson said Paly had already thought about going paperless on the service hour reporting process before knowing about Helper Helper, and did an experiment for the 2016-2017 school year.

“The year before we got Helper Helper, we actually did submissions on Schoology, which was semi-paperless,” Larson said. “Students actually scanned their papers on Schoology and shared their files with me to verify their hours. This is paperless on my side, but students still had paperwork that they held onto. So we were thinking about going paperless in general, and that’s when this opportunity came up to us.”

Based on her experience with the app for two years, Larson said she is satisfied with Helper Helper, though other companies who provide similar services have reached out for potential opportunities of partnerships.

“I’ve gotten ads and calls from other companies,” Larson said. “Even Naviance has a tracking system, but overall, I think we’ll just stick with (Helper Helper), unless (some problems) come up in the future.”

In addition to service hour tracking, Helper Helper also allows students to export service transcripts, which can be used for resumes and post-graduate scholarships, find volunteer opportunities, and be a part of the annual High School Service Challenge.

Krista Clement, the President and Founder of the Helper Helper company, said that the vision of the company is to make it easier for people to engage in their communities.

“We surveyed a lot of people before building out the product,” Clement said. “So we knew we needed to make the platform mobile and somehow get rid of sign up sheets and paper forms for tracking. The app is designed to help schools like (Paly) form even stronger relationships with their community partners and therefore making “meaningful” experiences in the community that are much more accessible to young people.”

According to Clement, Helper Helper saves students and administrators a lot of time from coordinating, tracking and verifying hours, and has made the work from both sides much simpler.

“Overall, I think Helper Helper is a well-designed app in terms of recording your service hours,” Pan said. “The process is relatively intuitive, and it doesn’t ask you to fill in a whole bunch of information. I think it does make my volunteer experience easier to some degree since it saves my data online, and I don’t have to worry about losing my service hours log sheet.”

According to Pan, while Helper Helper is convenient in many ways, many improvements could still be made to make students’ experiences easier.

“One thing that I didn’t really like about the app is that they require you to categorize your service to a limited amount of options,” Pan said. “I had a hard time categorizing some of my service activities since they don’t fit appropriately into any of the given options. They can improve it by allowing us to create custom categories, come up with more options for service categories, or just take it out.”

“Helper Helper has a ‘find opportunities’ section, and it has helped me connect with available volunteering organizations, which is really convenient,” Han said.

Clement said she is thrilled to see so many young people interested in engaging in their communities.

“Engaging in service teaches you empathy, improves your self confidence, and makes you happy,” Clement said. “We hope (Helper Helper) is a solution that helps students learn about opportunities in the community that they otherwise would not have known about, and we love when young people are able to open their eyes to new experiences and non profits.”