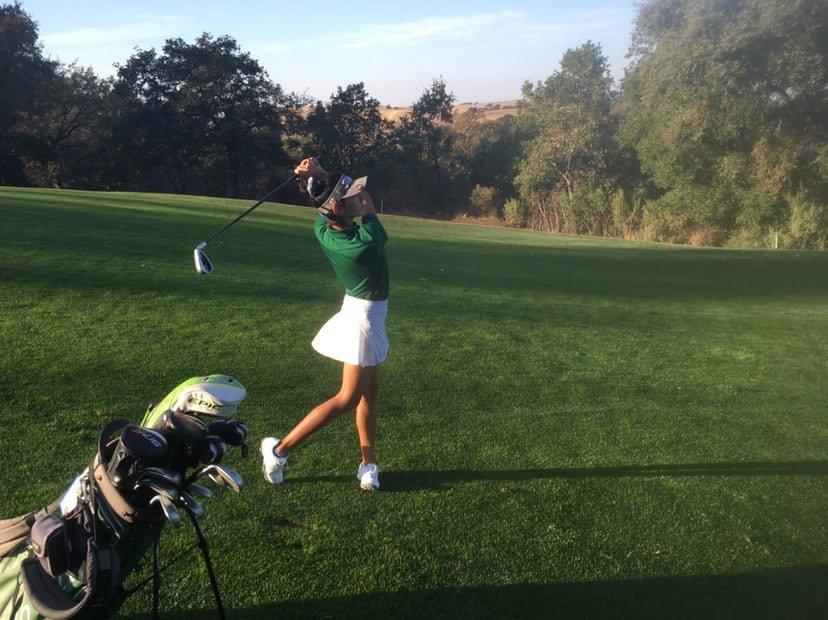 Maintaining their streak with nine wins and zero losses, the girls golf team continues to sink its opponent’s aspirations.

On Tuesday, the team played Los Gatos, winning by 14 strokes: 207-193. They will play Los Gatos again on Thursday for their last friendly match of the season, and the team expects a similar outcome.

With the team’s spot as number one in their league assured, head coach Doyle Knight has turned his attention to the upcoming tournaments.

“So far no team has really given us any competition,” Knight said. “Not because they’re not good, it’s just that we are better. Our league tournament next Tuesday at Santa Teresa Golf Course will be a much better test of our skills. (Our rivals) Valley Christian and Harker both have really good teams this year, so the girls are looking forward to the challenge.”

The team won their previous tournament, the Helen Lengfeld Invitational at Poplar Creek on Sept. 23, by a large margin. Because of this, senior team captain Priya Bakshi is looking to replicate her team’s success at this year’s De Anza League.

“We are really happy with how we played at the Helen Lengfeld Invitational,” Bakshi said. “It gave us a big confidence boost going into our matches for the rest of the season, as well as for CCS, NorCals and States.”

Coach Knight knows that his roster is stacked going into the upcoming competitions.

“As individuals, the girls hold the top five of six spots in the league, with Katherine Sung being the top player in our league,” Knight said.

All six starters are in the top 11 of the league, according to Bakshi, so the team is expected to do well.

“I’m looking forward to the rest of the season, because this is what we’ve been leading up to for the past two months,” Bakshi said.  “We’re all really starting to see our hard work pay off.”