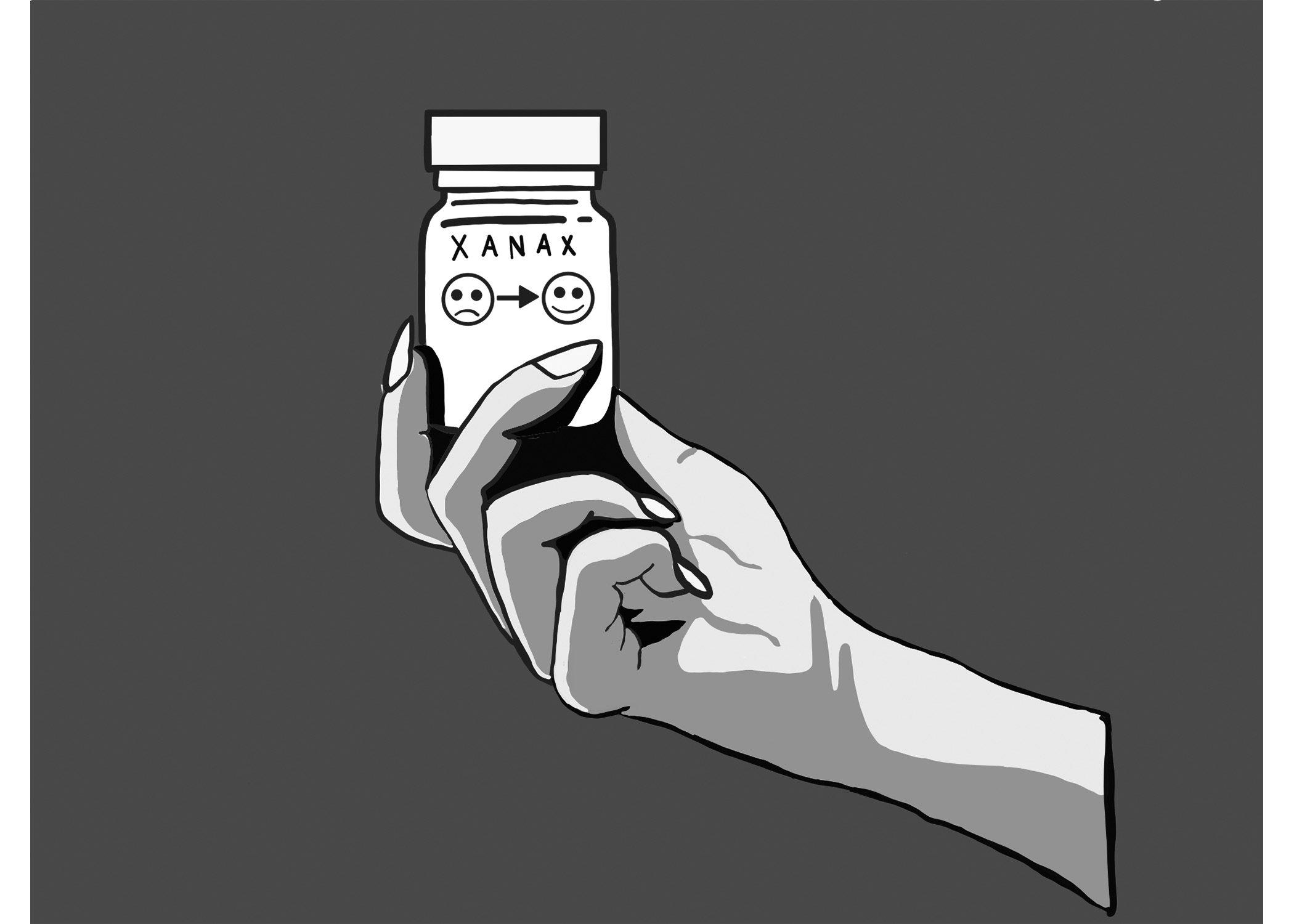 As a Paly senior girl is handed a single white pill, she considers the consequence: short-term relief but long-term drawbacks.

After a lengthy deliberation, her decision ultimately comes down to a consideration of the pill’s addictive nature, and she decides to stay away for now.

The senior  agreed to be interviewed anonymously because she is taking part in an illegal activity — obtaining and using Alprazolam, which is widely known by its brand name, Xanax, without a prescription. The highly addictive sedative is being used increasingly by teenagers illegally for recreational purposes.

“They are sedating,” said Dr. Anna Lembke, author of ‘Drug Dealer, M.D.’  and an Associate Professor of Psychiatry and Behavioral Science at Stanford University. “They relieve anxiety acutely. They are hypnotic in that they help people fall asleep.”

The drug is a benzodiazepine, a class of drug that is often used among teenagers and is second to cannabis as the most commonly used drug by adolescents.

“When you’re looking at drugs not including alcohol, it’s a very common drug of abuse of use or misuse among adolescents,” Lemke said.

Xanax prescriptions have increased 9% per year since 2006. It is one of the most highly prescribed drugs for anxiety and the number one prescribed psychiatric medication, according to the AddictionCenter.com.

As word spreads about the dangers of opioids, some teens turn instead to abusing benzodiazepine drugs, which are commonly available in parents’ medicine cabinets, according to a report published in 2018 by the Pew Charitable Trusts, a nonpartisan organization.

A male senior at Paly, who requested to remain anonymous because he is participating in illegal drug use, said he got access to the drug from a friend with a prescription.

This senior is not the only student at Paly who uses Xanax, as he previously sold it on behalf of his friend who paid him to sell the pills.

The student said although they sold the pills for a short amount of time, they sold to many students.

“It was somewhat popular,” the senior said.

Healthcare professionals do not recommend that Xanax be prescribed to people under 18 because of its addictive nature.

According to Lembke, once someone uses an addictive prescription drug like Xanax, it can become a vicious circle of anxiety and overmedicating, and if used long enough, Xanax can cause users to need a higher dose of the drug to feel the same effects.

“It’s called neural adaptation, where the brain gets used to seeing the drug, builds up a tolerance and needs more to get the same effect users become are dependent and experience withdrawals,” Lemke said.

As users’ dependence on the drug increases, they often feel anxiety about their addiction. This can cause them to self-medicate and use a higher dose of Xanax without any medical oversight, leading then to an increased level of anxiety.

“The danger happens with these drugs when people take them in high doses, and/or for a long period of time … they are not meant to be taken for weeks to months to years,” Lembke said.

Withdrawal symptoms can be severe, so if a student becomes addicted to Xanax, getting off the drug can be a long, painful process, experts say.