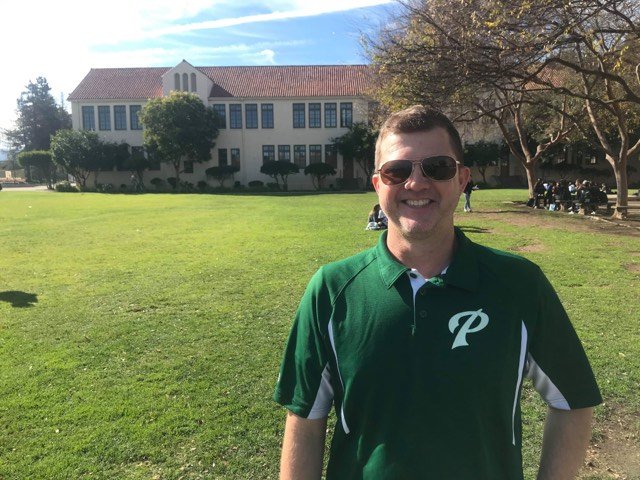 Paulson to resign as principal in June

Principal Adam Paulson announced his resignation and departure from Paly at the end of the 2019-20 school year following six years of work as a campus administrator, according to a school-wide announcement early Friday afternoon.

“I’m going to keep the details (surrounding the resignation) personal,” Paulson said, but included in a letter to faculty that his decision is what “I feel is best for myself and my family.”

Paulson will leave a notable legacy behind even after his departure from the school. Promoted to principal two years ago, he was handed the task of navigating the administrative shakeup amid Kim Diorio’s departure. Assistant Principal Jerry Berkson believes that guiding Paly through the aftermath of the Title IX scandal was the most important thing Paulson did for the school.

“He helped us settle down after the Title IX issues that we had,” Berkson said. “Paulson came in at its peak, at a time where we were ready to fix things. And I think we’re really good place right now when it comes to the Title IX and UCP process.”

Paulson is held in high regard by Paly administrators.

“He’s never been a micromanager,” Berkson said. “He allows each of the assistant principals to fulfill their responsibilities, and he trusts us.”

Aside from Title IX, Paulson is also responsible for helping resolve the revised bell schedule issue during the summer of 2018 which otherwise would have forced the school to return to its unpopular C-day schedule. However, the new schedule, which contained consistent end times, the elimination of C-days (days with all seven classes), the introduction of late-start days and did not have any classes that occurred on consecutive days, did not meet instructional minute requirements set by the state of California.

“The bell schedule had to be revised several times because (Paulson) was getting information from outside agencies that wasn’t necessarily correct,” Berkson said. “So (the administrators and the Innovative Schedule Committee) needed to go back to the drawing board all the time, and he brought the group together: it’s not easy getting everyone to work together.”

“He is the ultimate gentleman in a world where gentle people matter,” English teacher Lucy Filppu said.

Though Paulson is announcing his intent to resign, he will continue his role as principal until the end of the second semester, while bearing the added responsibility of advising any new administrators that are hired or otherwise chosen to take his place.

Paulson would not divulge his future plans, but expects to remain in the educational sector, promising to “carry (his) experiences from Paly throughout (his) career in education,” according to the announcement he sent to the student body this afternoon.