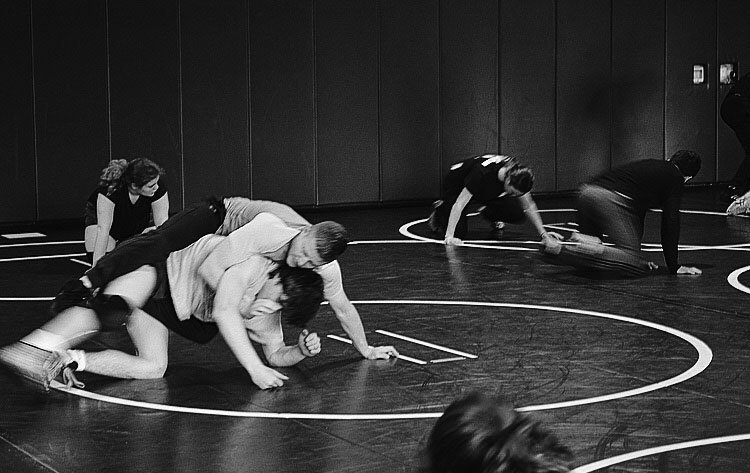 With more than half of the season’s tournaments completed and two victories out of three dual meets under their belt, the wrestling team is training hard to finish the rest of the season strong.

Despite injuries that took out two of its starters, the team produced a slew of champions and placewinners from its 31 boys and 13 girls. This is one of Paly’s biggest teams in a while, according to coach Jonathan Kessler.

During their two victorious dual tournaments, Kessler said varsity returners, upperclassmen and a few others shined, including sophomore Tiep Nguyen and junior Dean Hall, a first-year high school wrestler who hasn’t wrestled competitively since middle school. On Jan. 14, Nguyen got a pin against Lynbrook while wrestling varsity, and Hall got a pin against Gunn on Jan. 16.

Now that CCS and states are approaching, Kessler said he has adapted his practices to be shorter and more intense in order to help his wrestlers reach their goals, whether it be making CCS or placing top three at CCS.

“Each wrestler has individual goals, and it’s part of the coaching staff’s job to put them in position to reach those goals,” Kessler said.

Team spirit stands strong with Schwarzbach, who said he aims to add to team history by winning a title at CCS and states.

“I’d love to place at CCS and move onto states and hopefully get on the podium at states,” Jauregui said. “That would be really great to do this year.”

Heydarpour says he has high hopes for the rest of the season, with this year’s team being a step above the previous years’ because of the number of returning players and its immense improvement.

“I think we have a good shot at the league title,” Heydapour said. “Last year, we took second, so this year I think we should easily be second again, and we should have a good chance at beating Los Gatos, which is first. A bunch of us have shots at CCS titles or at least qualifying for the state meet, which is good.”