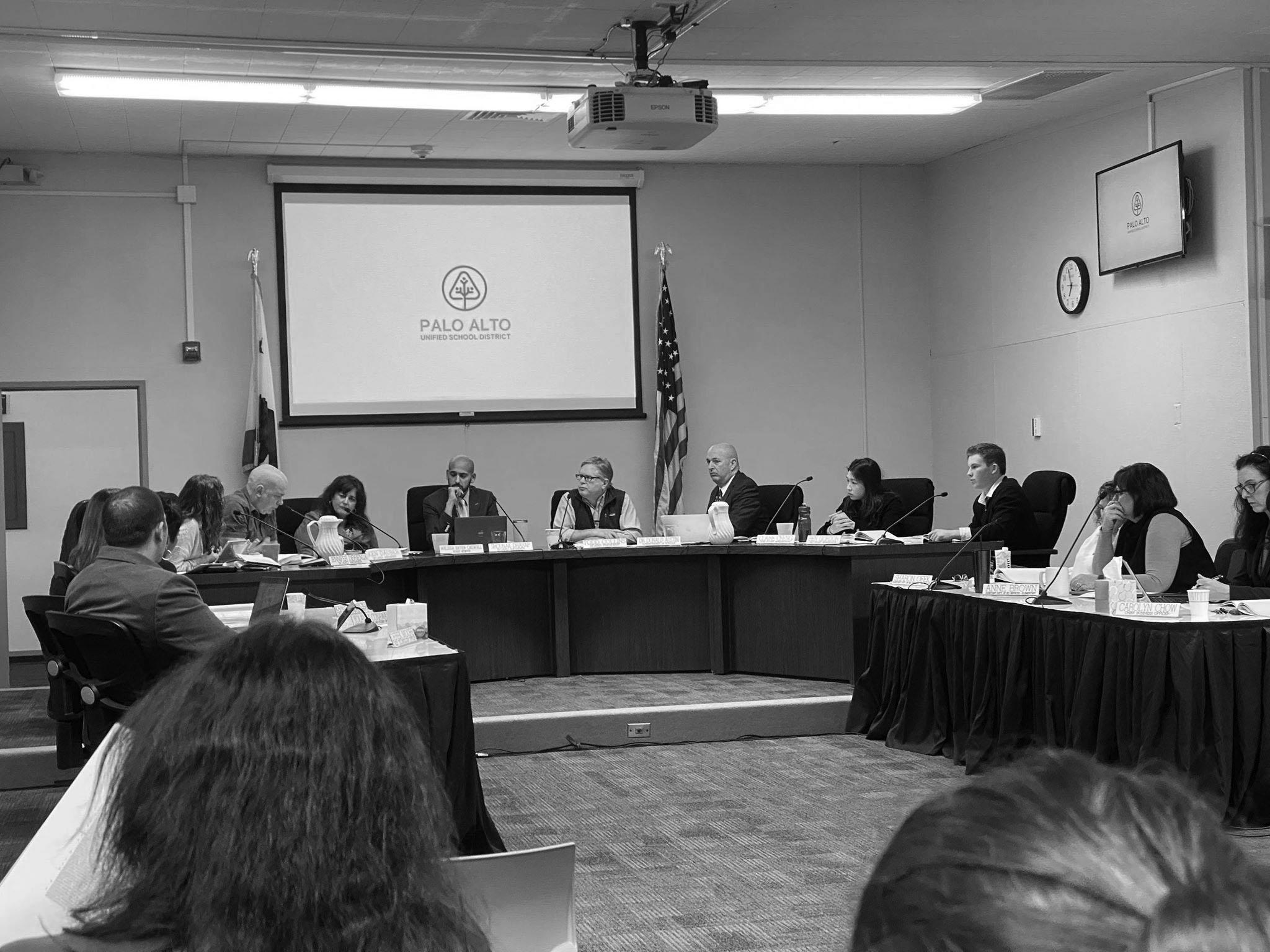 Gunn English teacher Marc Igler said in an open forum discussion that the proposed policy as written is “offensive” and “not in the best interest of students” as it would allow students to cut classes, unexcused or excused, with little to no consequences.

Supt. Don Austin, however, said the proposal equalizes the playing field between socio-economically disadvantaged and advantaged students, adding that he still doesn’t know where he stands on the issue.

“If you need to have an excused absence to … makeup work, is an advantaged or disadvantaged student more likely to be able to navigate that system and potentially do the same behavior but have a different outcome by their ability to work around a system?” Austin asked. “Now I’m not trying to disparage advantaged students, but I’m saying if you just think about the question, it’s at least worth considering.”

The proposal also included a component that would switch PAUSD’s grading systems at the high school level to become standards-based on a 4-point scale rather than the A-F scale which is currently in play.

The parent continued, explaining that since standards-based is 100% based on assessments, at least in language classes, it favors kids who naturally understand languages and places emphasis on tests rather than homework, which can enrich students’ understanding.

Additionally, the Board raised the parcel tax, a form of real estate tax that directly benefits schools, by $48, making it $868 with an annual increase of 2% per year for six years.

The measure would go into effect starting July 1 and would benefit PAUSD’s professional development reserves and PAUSD’s resources in terms of textbooks, course offerings, minimization of class sizes, etc.

The Board voted on such a tax increase on Jan. 28, and it passed unanimously, subjecting the increased parcel tax to voting on a special mail-in ballot in May. If passed by voters, the tax will be installed for six years with the guarantee of senior exemptions and a 2% annual inflation adjustment.

However, community member and former school board candidate Kathy Jordan said the increase in parcel tax doesn’t align with PAUSD’s decline in enrollment.

“Palo Alto Unified School District’s enrollment has declined 7% over the last five years,” Jordan said in the open session comments. “It’s projected to decline by 11% in the 10 years through 2023. Meanwhile, property taxes went up 42% over the same five years and up 70% over the past 10 years. Yet the community is being asked more and interestingly, there’s more full-time teaching staff on board now than when the district had 1,000 more students five years ago.”

To rebut, Baten-Caswell said the increase is appropriate and the approximately $15 million the tax would generate for PAUSD would have a dramatic, positive impact on schools and staff.

“I know that we want to continue to invest in our teachers,” Baten-Caswell said. “All the research shows that good teachers make the biggest difference for academics for schools, and so it’s not just hiring great teachers. It’s also investing in professional development. Our reserve for professional development is almost done.”

There were concerns brought about the number of students who received D and/or F grades, notably known as the “D & F list,” and how there are patterns of disproportionately among PAUSD’s minority population. Paly’s board representative Ben Gordon spoke upon this issue and the difficulty of altering someone on the D & F list’s academic trajectory.

“It’s difficult for a student, especially one on the D & F list, to show up to your math teacher and ask for help,” Gordon said. “As a student, it’s difficult to know your options.”

The Board discussed the implementation of preventative measures in PAUSD schools and/or departments that received high numbers of D & F list students as well as how the D & F list may not accurately portray a student’s academic potential.

Baten-Caswell suggested that a comparison of one’s grades to their CAASPP scores may provide for a well-rounded assessment of their areas for certain improvements.