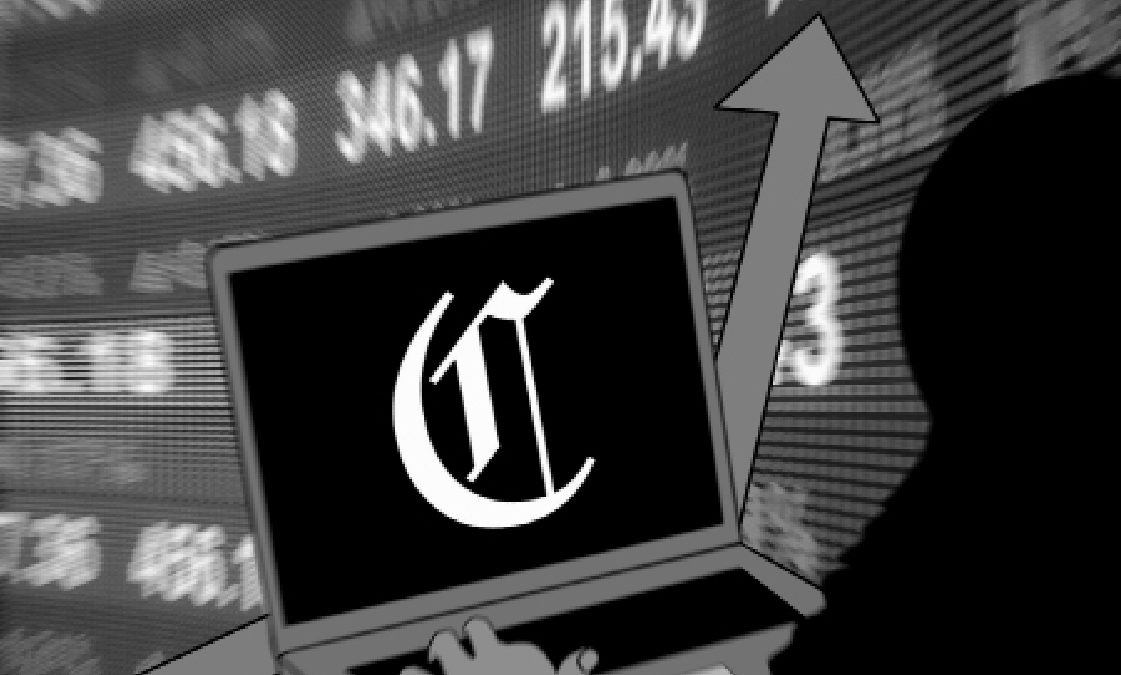 After profiting $5 from buying and selling 100 shares of Delta Air Lines Inc. stock, young Aaron Chow, now a junior at the University of California, Berkeley, jumped up and down, filled with wonder and excitement. For Chow, this moment five years ago ignited his lifelong investing and learning endeavors.

“We rarely come about things with noble pursuits,” Chow said.

“In high school, I read company annual reports like books,” Chow said. “Whenever I came across a business or accounting term that I didn’t understand, I just Googled it.”

Similar to Chow, some students at Paly have tiptoed into the world of investment early on. Junior Joyce Lin and freshman Eric Feng are among them — both are enthusiastic participants in global investment competitions.

Investing has its ups and downs according to Chow. In his preliminary investment career as a highschooler, Chow experienced various failures. However, without trial and error, there is no success, Chow said.

“My dad had given me a couple thousand dollars, and I put it all into a penny stock (shares of small or startup companies),” Chow said. “I bought a stock between $0.54 per share and $1.70 per share before it collapsed to $0.08 in a single morning. I cried for a whole week straight.”

Chow said this feeling of loss motivated him to expand his knowledge and overcome his initial failures. Soon, he began learning about long-term value creation, the difference between investing and speculation, Warren Buffett’s mindset, businesses and financial statements.

“It was a combination of embarrassment, courage and genuine curiosity that brought me out of that dark time,” Chow said. “If you are resourceful and hungry enough to learn, you can find free resources online on where to start learning about how to invest.”

According to Chow, one of the biggest events in his life was hearing about a company listed on the market called “Rich Uncles.” Chow said he then spent weeks digging into the profile of the company, finally determining that the company was a fraud.

“After getting the company to file three quarters of missing financial statements (for verification), I saw things in the cash flow statement that I’d never seen before,” Chow said. “Long story short, I wrote to the Securities and Exchange Commission claiming that the $80 million real estate company was a Ponzi scheme.”

Today, according to Chow, the company is being sued in the Superior Court of Los Angeles for potentially $45 million in punitive and compensatory damages due to his efforts and work.

Chow said his pursuits have led him to work at a short-only hedge fund (an investment firm that only shorts, which is to sell before buying it back. An investor makes a profit if the price goes down), manage money for investors of his own and do due diligence and financial fraud consulting for investigative journalists and hedge funds.

High school was where Chow’s journey took off. Similarly, Lin has started a journey of her own in investment.

“My mom introduced me to an extracurricular program, the KWHS (Knowledge Wharton High School) Investment Competition, a global competition where students devise an investment portfolio and strategy,” Lin said. “She said it would be a good opportunity to learn about investing because learning how to invest your money is an essential skill in life.”

Like Chow, Lin said that the internet was instrumental in her journey to expand on her knowledge of stocks. According to Lin, she was inspired to research and learn after wondering what an investment strategy was.

“It’s just a spiral of investment terms and investment techniques,” Lin said. “I think there are numerous resources nowadays online, like Investopedia or MarketWatch, that give you a lot of information about investing.”

Through the KWHS competition, Lin said she learned a lot about collaboration and leadership. In terms of investing, she learned the meanings of many technical terms in investment and how to calculate ratios.

“Though one can make millions of profits through investing, it will always contain a large amount of risk,” Lin said. “You can do a lot of research and then still buy a stock that goes down in the near future. Everything can be unpredictable.”

Feng said he has been competing in the KWHS competition since middle school.

“I first gained exposure to investing around 6th grade, where I took part in the KWHS competition although only high schoolers were supposed to participate,” Feng said. “I learned a lot of fundamentals that still stick with me. I participated in the competition again as a 7th grader, and I further solidified my knowledge in investing.”

“Most of the instructors there are or were Berkeley students who are a part of the Berkeley Investment Group (BIG),” Feng said. “Our current instructor is the founder of BIG, Chow.”

“I love the engagement and unique ideas that the classroom setting encourages,” Chow said. “I also enjoy sharing my own insights and seeing people’s eyes light up when they get what I’m talking about and own those ideas for themselves.”

Through teaching, Chow hopes to cultivate the passion and drive he himself possesses. For those who aspire to learn about investing, he recommends the YouTube playlist “Preston Pysh’s Stock Investing Like Warren Buffett” and “The Little Book that Builds Wealth” by Pat Dorsey.

“Learning is easy when you can get over the fear of not knowing,” Chow said. “It’s our own hubris that prevents us from learning the things we think we already know.”