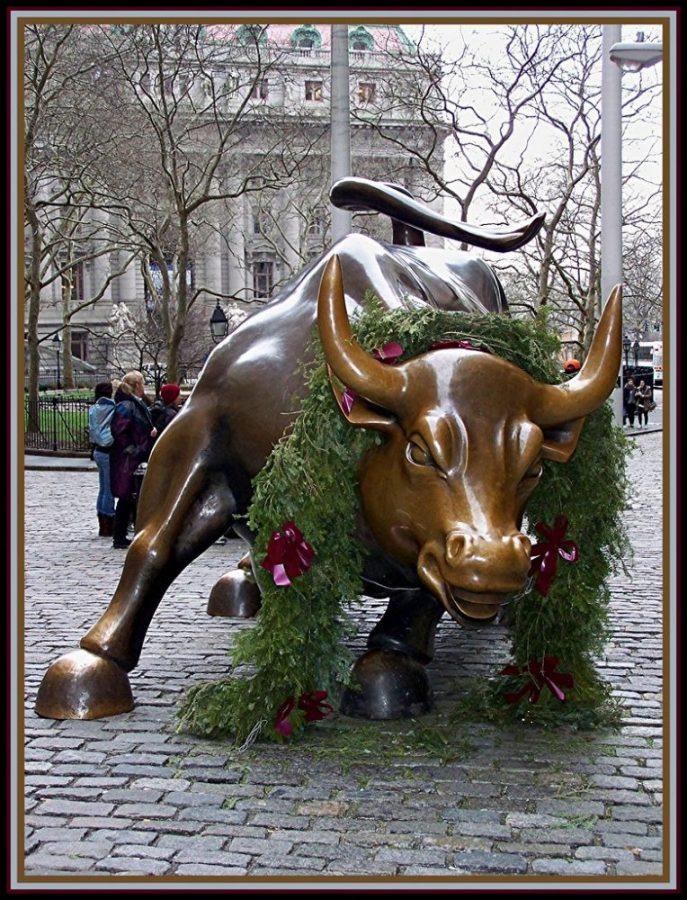 Stock market crashes due to COVID-19

From the New York Stock Exchange celebrating its 11th straight year of being considered a “bull market” or a market has upward trending prices, to the Dow Jones reaching an all time high industrial average of about 29,000 points on February 12, the stock market has had quite an auspicious start to the year. However, this prosperity and growth took a sudden turn when the coronavirus swept the world.

This sudden plunge officially labeled the NYSE as a bear market. After celebrating the anniversary of being a bull market for 11 consecutive years it has come to an end.

According to the co-president of the Paly Economics Club, Rohan Suvarna, the downfall of the stock market is due to the fact that people don’t trust the economy right now.

“In light of the bad events that have been occurring, people’s mindset has changed,” Suvarna said, “I think it makes people fear investing in companies related to these events. Because of this, many people sell their stocks, and that’s the main reason why the stock market took a big hit.”

According to Whiston, the Covid-19 has been the primary reason why the NYSE took such a big hit. Due to this, many companies and businesses have been greatly affected, many for the worse. According to Whiston, a stock market decline is a change in potential growth in profits and revenue for businesses. So if the revenue of several companies declines, the stock market would also decline.

For example, Whiston said because workers in China are restricted from working. All China’s products, transportation, and their consumption of products would decrease. Therefore a company like Apple loses lots of potential sales because no one would buy their products, and this would decrease their stocks.

“Once the stocks begin to fall, a cascading or domino effect occurs caused by fear of losing one’s wealth including life savings.” Whiston said, “Investing, by nature, has risk.  When the future looks so uncertain risk increases. With such an unprecedented event (called a “black swan event”) people just cannot see what will happen 6 months from now. With that higher risk, investors move their money out of stocks to safer places (which is typically US government bonds and gold).”

But, the government is taking the necessary steps to help stabilize the market. According to Consumer News and Business Channel, the Federal Government has cut interest rates, as well as announcing a $1 trillion intervention. These changes create room and comfort for people to spend money.

Despite this, many believe it is not enough to fully stabilize the government.

“We are seeing right now what the government is doing to try to support the markets,” Whitson said. “But ultimately is it up to consumers and investors to decide what to do with their money. We have seen pledges for more Government spending. We have seen suggestions for tax cuts. And we have seen monetary policy in action today by the Federal Reserve.”

In tough situations like this, according to Suvarna, society must focus on finding stability and safety in the stock market as well as in real life.

“In light of everything that’s going on, it’s very important to keep a cool head,” Suvarna said, “The stock market is going to continue to fluctuate but in the end, it is going to stabilize and return to being considered a ‘bull market’.”