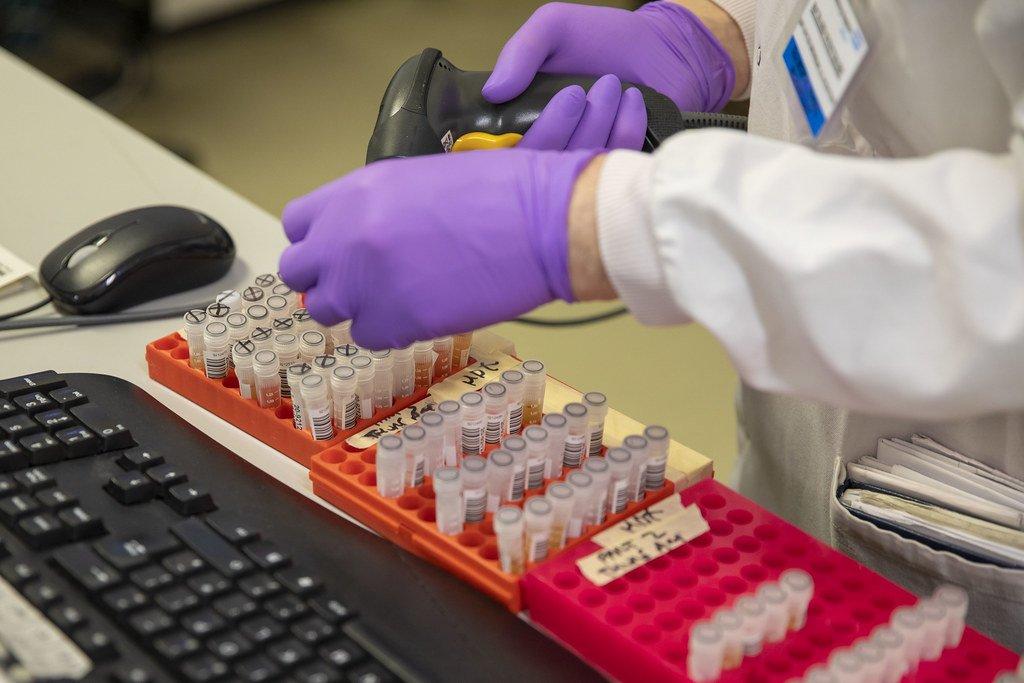 The global race for a vaccine

As coronavirus cases increase all over the globe, researchers are pushing to find a vaccine to slow the rate of infection and prevent future outbreaks. Currently, without a cure or vaccine for COVID-19, panic-stricken emergency healthcare providers must treat patients by providing pain relievers or giving fluids to staying hydrated, with severe cases requiring supplemental oxygen.

Stanford emergency physician Dr. Alexei Wagner says that the panic at these hospitals stems from the lack of information about the coronavirus.

“Most of the uneasiness and anxiety are related to the fact that we just still know so little about this virus and we don’t know exactly how it works,” Wagner said. “We don’t have definitive treatments that we know about, and there’s a lot of fear about how many patients are going to be coming to the health system and whether we’re going to be ready for that onslaught of patients.”

However, Wagner believes that a vaccine would greatly help their efforts in combating COVID-19.

“There are three or four vaccines being worked in the final stages right now,” Wagner said. “I think it would be game-changing to have a vaccine because it is the major way we’re going to stop this from spreading and coming back.”

Despite multiple vaccines having been developed, many vaccinologists believe the coronavirus vaccine has another 18 months before it can be used by the general public, as it has to go through multiple stages of testing. The Guardian reports that an estimated 35 companies and academic institutions are working on the vaccine, but must go through stringent requirements, as there have been previous vaccines, such as the respiratory syncytial vaccine, that have actually further aggravated symptoms in clinical trials.

Paly science teacher Nicole Loomis said that the normal time scale for the release of a vaccine is six to 10 years, 12 to 18 months is an extremely compressed timeline.

“It takes time to find something that is safe, then find out whether it actually works, then find out the right dosage, then mass-produce the vaccine,” Loomis said. “The main risk here is that adequate studies are not done and they release a vaccine that is either not safe or does not work to billions of people, causing more deaths than it prevents.”

Wagner believes that thoroughly testing the safety of the vaccine is critical before releasing it to the public.

“I think the most important thing is making sure the vaccine works and that it’s safe for the millions of people that would ultimately be treated by it,” Wagner said. “So we still have to use a rigorous scientific method before deploying a vaccination.”

According to the Center for Disease Control and Prevention, the clinical development of a vaccine is a three-phase process, where testing is first done on a small number of healthy adults. If this first step is successful, the vaccine is then given to a larger number of adults in an area where the disease has spread, and then finally to thousands of people in an infected area.

Moderna, a biotech company based in Cambridge, Massachusetts, has entered the first step of this process with its vaccine, called the mRNA-1273.

Senior Sonny Young, the captain of the Paly Science Olympiad and Science Bowl teams, said that through some research, he found that the vaccine made by the biotech company Moderna is not attenuated.

“Instead of using a typical attenuated vaccine where we kill off a weakened live virus to gain immunity, I imagine the new vaccine causes our own bodies to create the viral proteins, have our bodies destroy it and then develop immunity,” Young said.

This means that the vaccine does not contain weaker strains of the coronavirus pathogen in order to help the body develop a system of detecting and destroying the coronavirus.

Loomis says that there are both benefits and consequences to the vaccine not being attenuated.

“(Vaccines that just contain the outer protein coat of the virus) can be used with everyone, even those with compromised immune systems, but they will likely require booster shots,” Loomis said. “(Attenuated vaccines) produce a stronger immune response with lifetime immunity, but may cause problems in immune-compromised individuals.”

According to a video on Moderna’s website, the coronavirus uses a spike protein to bind to and gain entry into human cells, which allows the virus to release its genome and begin infecting. The amino acid sequence of the spike protein, which essentially is the instructions for making the spike protein, was encoded into an instruction molecule called the mRNA.

The mRNA, with the sequence of the spike protein, is then injected through a vaccine into immune cells, where it then instructs cells to produce spike proteins in the body. The body can, therefore, learn how to destroy the spike protein without having to come in contact with the virus itself.

On Feb. 24, Moderna developed its vaccine and declared it ready for clinical trials in humans. On Mar. 16, just a little over two months after China’s Jan. 11 release of the coronavirus’ genetic sequence, mRNA-1273 began Phase 1 of the National Institutes of Health-led clinical trials in Seattle, where testing is being done on a small number of healthy adults.

According to Dr. Anthony Fauci, the director of the National Institute of Allergy and Infectious Diseases, the trial was launched in record speed.

Dr. Stephen Hoge, the president of Moderna, said in an interview with Time that Moderna has exceeded expectations but is still looking to save time whenever possible.

“We managed to (complete Fauci’s three-month goal) in 63 days, so we already demonstrated the ability to move a little faster than expectations,” Hoge said. “Still, every chance we have to continue to demonstrate that we can pull the timeline in, we will take.”

The speed at which Moderna was able to develop a potential vaccine is unprecedented, according to the New York Times. Moderna said on their website that a previous vaccine for the Middle East respiratory syndrome-related coronavirus provided significant insights into the development of mRNA-1273.

“Moderna is receiving a lot of attention for this vaccine production process because they were able to start clinical trials in a very short period of time when most vaccines should take at least a year before it is open to the public,” Young said.

Despite the expeditious development of the vaccine, Young said that the coronavirus may mutate, due to its single-stranded RNA as the genetic material.

“Whereas double-stranded DNA, like our own genetic material, has lots of proofreading capabilities, single-stranded RNA lacks the ability to copy base pairs as accurately in the replication process,” Young said. “This causes there to be more changes and thus mutations.”

Loomis agrees with Young that the coronavirus could mutate and create difficulties for biotech companies.

“(Mutations are) what happens with influenza, and why people get flu shots every year,” Loomis said.”

According to NPR, mutations have already been present in the coronavirus, with the virus mutating around twice a month. This has been shown to cause harm to humans; however, the mutations’ implications on a future vaccine are yet to be seen.

“Perhaps they will create an all-in-one vaccine (sometime in the near future hopefully), or they may have to create multiple versions,” Young said. “In either case, I’m sure drug developers are constantly considering that as they work on new treatments to mitigate the pandemic as quickly as possible.”

Loomis said that the most likely scenario is that this coronavirus becomes part of the annual vaccination with influenza, either recommended for everyone or for those at higher risk of complications.

“Given that (the vaccine) will not be ready for 12-18 months, it is unlikely to help right now,” Loomis said. “The more important thing right now during this outbreak is to figure out how to treat the severe cases and prevent death or permanent injury.”