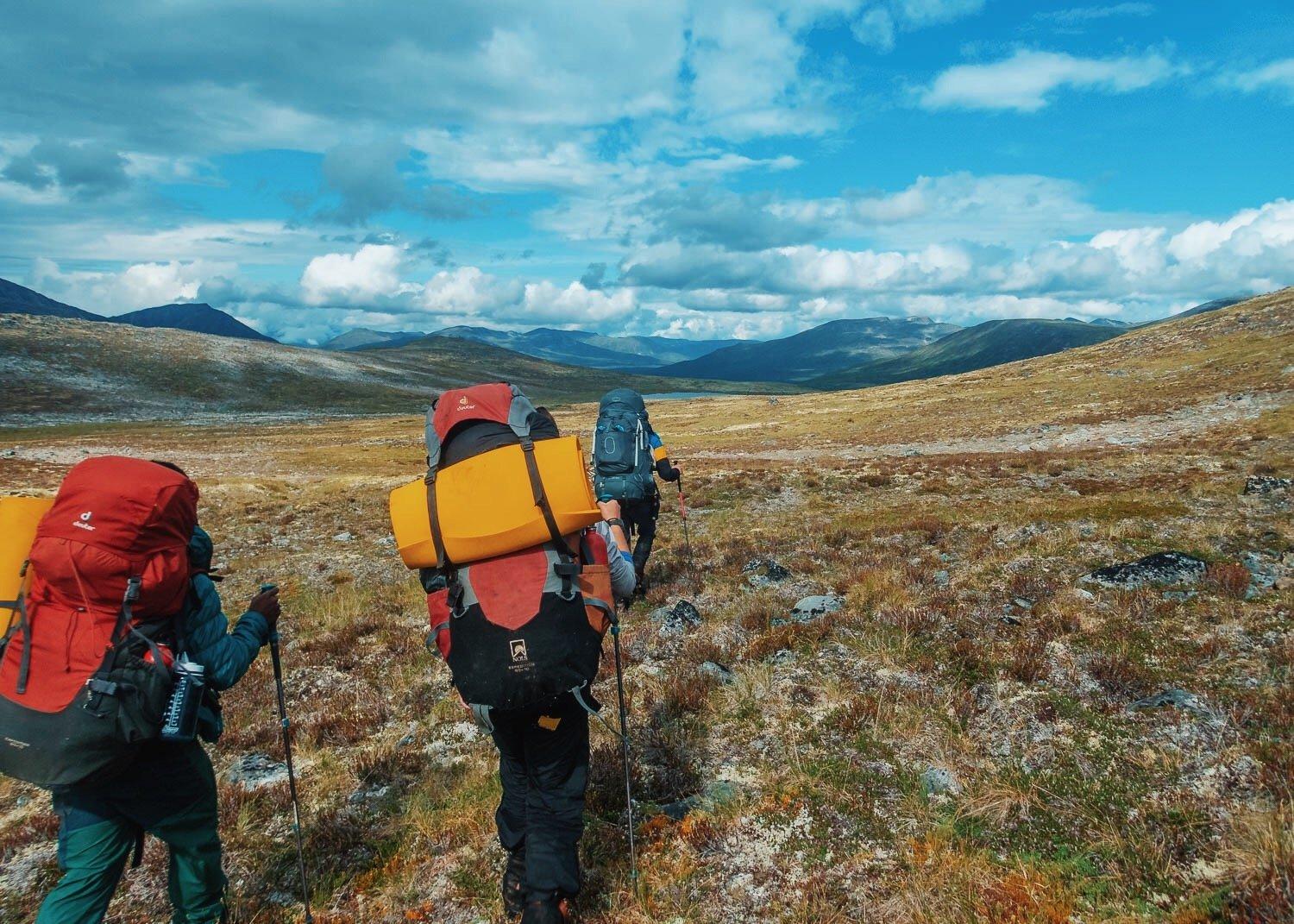 Out in the Wilderness

As the sun rises over Fontanillis lake, seniors Alex Washburn and Lexi Gwyn begin to trek the remaining nine miles of their backpacking trip in the Sierras near Lake Tahoe. During the July 4 holiday, Washburn and Gwyn spent four days backpacking from Eagle Falls to Echo Lake, hiking 30 miles through The Desolation Wilderness area.

The prospect of sleeping in the wilderness and carrying only the materials necessary for survival may not seem appealing, but for Washburn and Gwyn, backpacking has a deeper meaning.

“Down to its roots, backpacking and camping allows one to explore the unmapped world, always leaving one satisfied,” Washburn said. “Backpacking inflicts a deep feeling of wanting to see more, which I think is a positive cycle with respect to life in general.”

For Gwyn, backpacking is also about having an escape from everyday life and an opportunity to forget the stress that comes with it.

“(There are) no other humans in sight, so no roads, no cars honking, no garbage trucks, no leaf blowers,” Gwyn said. “I feel like I can finally breathe.”

Gwyn said the idea of only carrying what is needed for survival is one of the most enjoyable aspects of backpacking.

“Carrying everything you need on your back is crazy to think about, and so humbling,” Gwyn said. “There is so little in life we truly need to be content and show gratitude, and you spend days with no other worries but survival and your goal.”

“Your legs become stronger, and the pack starts to hurt less and less,” Gwyn said. “You feel empowered and determined to make it to that next spot on your map.”

Fellow backpacker and senior Charles Mitz said his love for backpacking has widened his perspective about the outdoors in general.

“Backpacking has made me gain even more appreciation for the outdoors, and it makes me want to advocate more for climate change issues, because seeing something in person makes you cherish it more,” Mitz said.

Mitz said backpackers must be aware of litter around the campsite and their own impact on the environment.

“A general rule everyone should follow is to leave your area cleaner than it was when you arrived,” Mitz said. “That means that not only you should pack away all your trash, but if you see materials that do not belong on the trail — even if you did not put them there — it is your duty to pick them up.”

Washburn also believes that it is important to maintain a selfless attitude when backpacking, and to remember that you are not the sole person in the world.

“Many people, specifically people our age, seem to forget that they aren’t the only people living on this planet and will destroy precious habitat and beautiful areas with their irresponsible camping practices,” Washburn says. “People seem to forget that we coexist on this planet with thousands of other species and systems, and humans are obviously disrupting this balance more than anything else on the planet.”

Washburn also said anyone can backpack if they have the right mindset for the unpredictable problems that are inevitable along the way.

“To camp and backpack, you have to think logically while having the mindset that uncomfortable things will happen, and you have to be ready to improvise and take whatever comes at you in stride with the right attitude,” Washburn said.

He said another benefit is mental well being.

“I think camping and backpacking allows you to effectively float between two worlds, escaping one when necessary,” Washburn said. “When you are out away from conventional life, you feel a deep mine of beauty and wonder.”

Gwyn agrees, saying the time spent being able to think about herself away from all of the distractions of society can be therapeutic.

“There is a large aspect of self-reflection that is weaved into backpacking,” Gwyn said. “Being away from all the noise provides you with time to really think about your truth.”

Backpacking comes down to getting as much as you can out of yourself and appreciating what the world has to offer, Gwyn said.

“We are constantly trying to build new phones, new modern skyscrapers and new shopping malls, but we have so much raw beauty right under our noses,” Gwyn said. “It’s out there, waiting to be appreciated. That feeling inside, when everything is truly still, and you can almost hear the sun as it falls behind the mountains, that’s why I backpack.”