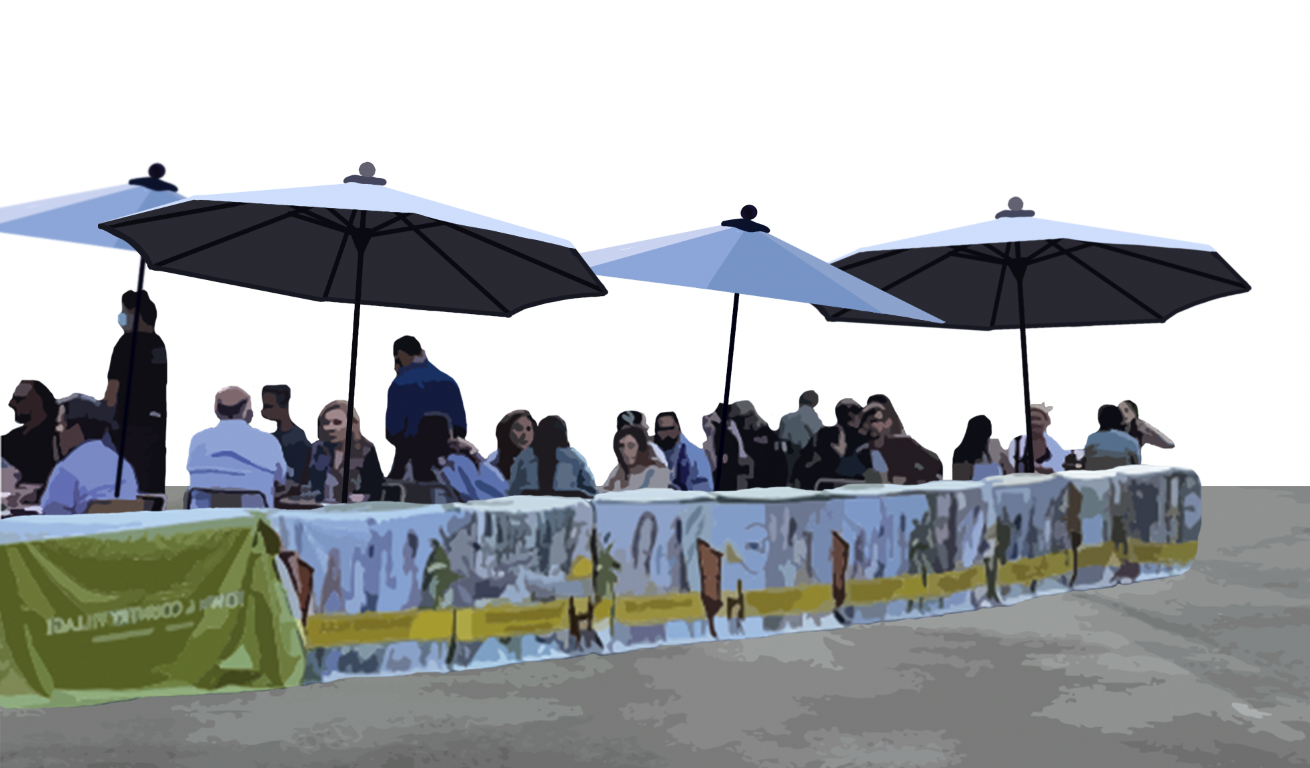 Jing Jing, a Sichuan and Hunan gourmet restaurant, has been a staple of Chinese food in downtown Palo Alto since 1986. At a time when the restaurant industry is struggling, owner Betty Tsai is appreciative of the resounding support that her restaurant has received from the Palo Alto community.

“Many of our customers whom we have known for more than 20 to 30 years came in and thanked us for being open during COVID-19,” Tsai said.

Tsai’s nephew and Paly alumnus Aaron Kuo said he has also helped her gather a lot of restaurant support from the community.

In April, Santa Clara County saw a significant rise in COVID-19 cases, resulting in the restriction of many indoor activities, including dining at restaurants. In the months following as cases continued to rise and shelter-in-place orders remained constant, many restaurants were forced to close or even file for bankruptcy due to lack of income.

More than 90 restaurants in the Bay Area have either permanently closed, temporarily closed or declared their intention to close since March.

In an effort to stay afloat, many restaurant owners like Tsai requested donations from customers. Jing Jing set up a GoFundMe page which raised $5000 from Palo Alto patrons, and also created a secondary donation option where people can pay for meal packages that Jing Jing makes and sends to healthcare professionals and senior citizens.

“We set up a special platform called Love & Support Packages, so people can purchase a minimum of 10 meal boxes, and then we deliver them,” Tsai said.

Another local restaurant, Kirk’s Steakburgers, is taking a different approach to expand their outreach to the community. Owner Rick Juncker said many people are generally less comfortable going outside and eating at restaurants.

“We’ve directed more of our attention towards delivery options, and to hopefully get the word out to all of our customers, we have ramped up some of our social media and digital marketing,” Juncker said.

According to Juncker, many of these third-party vendors for delivery, such as DoorDash and GrubHub, are expensive for restaurants to use, and it costs additional money in order to be more prominent on their platforms. Juncker also sees a clear struggle with many restaurants at Town & Country.

“One of the main sources of revenue we all had was Paly, and it certainly was a regular source of income,” Juncker said.

Juncker said there is still a large portion of the community who is giving back, and he has seen more generous people come by Kirk’s Steakburgers for pickup and dine-in.

“The tipping amounts are much higher than they normally would be, and a lot of people recognize the struggles that it’s not only what the businesses are facing, but also what the employees are facing and are wanting to help,” Juncker said.

HEROSwim founder and junior David Gormley is seeking another opportunity to give back to his community by supporting local restaurants during the pandemic.

HEROSwim, the non-profit organization which originated when Gormley assembled a small group of his friends at Greene Middle School, has a mission for young members of the community to become more involved in making an impact on large issues in the world.

During the last three years, HEROSwim has hosted an annual Swim-a-Thon and have more recently been covering worldwide issues, from hurricane relief support to working to help save coral reefs.

A couple of months into the shelter-in-place, Gormley and the other members of HEROSwim noticed a recurring problem.

Gormley said that local restaurants were having a hard time staying profitable with the stay-at-home order.

He decided to help restaurants by assisting them with paying their rent and their employees’ salaries through fundraising.

Gormley said he and his HEROSwim team created a GoFundMe for two local restaurants: Sancho’s Taqueria and Kirk’s Steakburgers.

“We reached out to the group we had amassed through our three years of running swim-a-thons, and we activated those donors through online outreach,” Gormley said. “We were able to raise about $4500 for both Kirk’s Steakburgers and Sancho’s Taqueria.”

As a result of the fundraising efforts, many restaurant owners had heartwarming responses.

“Having HEROSwim was a really touching thing that those guys approached us with, and it was a significant amount of money that my employees got to share,” Juncker said.

Juncker said that even though the fundraiser was not a make or break kind of thing, the nature of people’s actions and doing it on their own that made the gesture very special to Kirks.

Gormley said, “Seeing the reactions on the faces of the owners upon giving them that check shows how it directly affected the people in our community, which I think was really the true gift.”