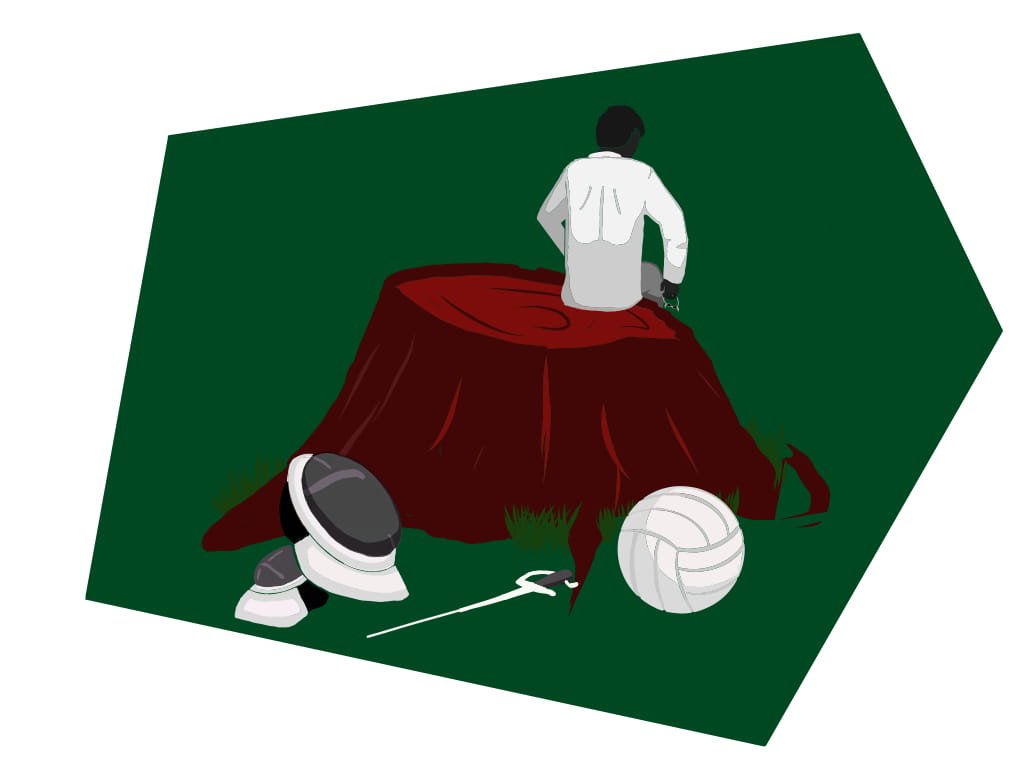 Like many of you, I went through my high school years with the impression that Stanford University was a paragon of intellectual vitality, athletics and integrity. Ever since my brother committed to Stanford as a recruited fencer, I dreamed of doing the same when my time finally came.

Stanford’s decision to cut 11 varsity sports, though, turned the world upside down for me and other aspiring high school athletes across the nation and the greater communities of the affected sports. While most articles about these cuts seem to focus on the plight of current Stanford athletes, it’s also important to know the perspective of recruits who became former recruits as a result of these cuts. That includes me. I wish to share my perspective as a former Stanford fencing recruit.

I applied as a recruit in early June after committing to Stanford in the spring. Historically, recruits hear from the university two weeks after submitting an application. Two weeks passed. Surprisingly, I didn’t get a response. Then three, four, five weeks. Nothing.

After a month of checking my email every morning, I woke up one seemingly normal July day expecting the same silence. But for the first time since June, an email from Stanford stared back at me. An email that left me more betrayed than any rejection.

While every recruit understands Stanford’s recruiting process is by no means a guaranteed acceptance, I only could fathom two possible responses: acceptance or rejection. This third response, that the fencing team was being cut, blindsided me.

Stanford’s abrupt and ill-timed decision to reduce the varsity athletic program was inconsiderate to the recruits. If the university had been more transparent from the beginning, recruits wouldn’t have been subject to the consequences of committing to Stanford.

After the varsity sports reductions, the university extended an invitation to the affected recruits to join the regular admissions pool of 2021 and to compete at the club level, the opposite of the Division I level. This meager compensation, a literal slap in the face to the effort we recruits poured into our sports, is indicative of the lack of consideration Stanford had for our futures.

The decision to terminate fencing’s varsity status was made late in the sport’s recruiting timeline, giving recruits next to no time to reach out to other universities. Many other universities had already finalized recruiting 2021 high school graduates and would not take any more recruits at that point.

As someone who turned down offers from other universities with Division I fencing teams to commit to Stanford, the late cut of the team felt like a slap in the face. Sacrificing these opportunities for a school that never intended to accept me was a nightmare.

Senior at Leigh High School and former Stanford fencing recruit Justin Liu said he felt frustrated. Frustrated that many schools he reached out to post-cutting of sports had informed him that they were no longer recruiting, and frustrated that he had turned down other offers for nothing. He said he wishes he was made aware of fencing being cut earlier because he would have been able to make his decision accordingly and commit to a different school.

For recruits like Liu and myself, who lost their recruiting spots after committing, this poorly-timed decision could have taken away our chances to ever fence at the highest collegiate level.

Liu said he felt devastated that all the hard work he had put into fencing and recruiting was annulled by something out of his control.

Stanford junior and fencing team member Sophia Sanchez said she was deeply hurt by Stanford’s decision to cut these sports. She said she remembered thinking that this is not the Stanford she knew and loved.

Sanchez said she was shocked at how Stanford officials treated the recruits during the whole process as Stanford coaches made a promise to the recruits who committed. Stanford asked recruits to fall back and stop looking elsewhere, and to trust that the university would catch them, only they didn’t. The university should not have had recruits commit if they knew they would not be able to support them after the decision to cut their sport was made.

Stanford fencing head coach Lisa Posthumus had her own sentiments about the varsity reduction. She said the timing of the decision was terrible for recruits, and she wishes the university had honored the recruits’ status given they were the top athletes in the country.

In their open letter to the affected parties, however, Stanford Athletics said the decision was made to confront the financial challenge posed by COVID-19, and that they alerted the public as soon as the final decision was made. The athletics department claims to have exhausted every financial possibility in trying to maintain the cut teams’ varsity status.

But according to an FAQ about the cuts, Stanford Athletics said it won’t bring back the cut teams, even with significant outside donations, because they claim the philanthropy of the donors could not cover the cost of the current varsity sports

This claim is flawed.

Stanford Athletics jumped to the conclusion that no donors would step forward and, without batting an eye, they closed the door on any possibilities. But the fencing team, for example, has survived on external funding for years.

Stanford Athletic Director Bernard Muir said the athletics department has been considering varsity sports reductions for years. If the financial concerns regarding athletics have been looming on the horizon for years, then the university should have notified potentially affected parties sooner.

If Stanford had been considering cutting varsity sports for so long, why did it decide to announce it now, when it hurts recruits the most? If the announcement had been made a few months earlier, recruits would’ve held back before turning down other university’s offers.

A more considerate option could have been not accepting recruits’ applications to begin with if the university already knew it was likely sports programs would be cut.

The decision to terminate 11 varsity programs seems to have been made in a vacuum, without concern for the future of newly committed recruits. We gave up other options for an opportunity that never belonged to us in the first place.

Stanford unreasonably spat in the face of our dedication and sacrifices, in the faces of all of the recruits that dreamed of being a part of Stanford’s legendary athletic program.

To make matters worse, there are still many former recruits who have not found opportunities at other universities.

All of this could have been avoided had Stanford Athletics taken a moment to consider the needs of its recruits. If I had all the information when I needed it, I would have committed elsewhere and not spent a month lost in uncertainty, wondering if I’d ever get to fence at the Division I level in college.

I was fortunate enough to be recruited to another Division I fencing program at a different university. While the fear of not being recruited is a relic of my past, Stanford is responsible for creating the desperate situations that many of their former recruits face. If Stanford is the ethically considerate institution it considers itself to be, Stanford should have been more transparent with its recruits in its decision to cut 11 varsity sports.