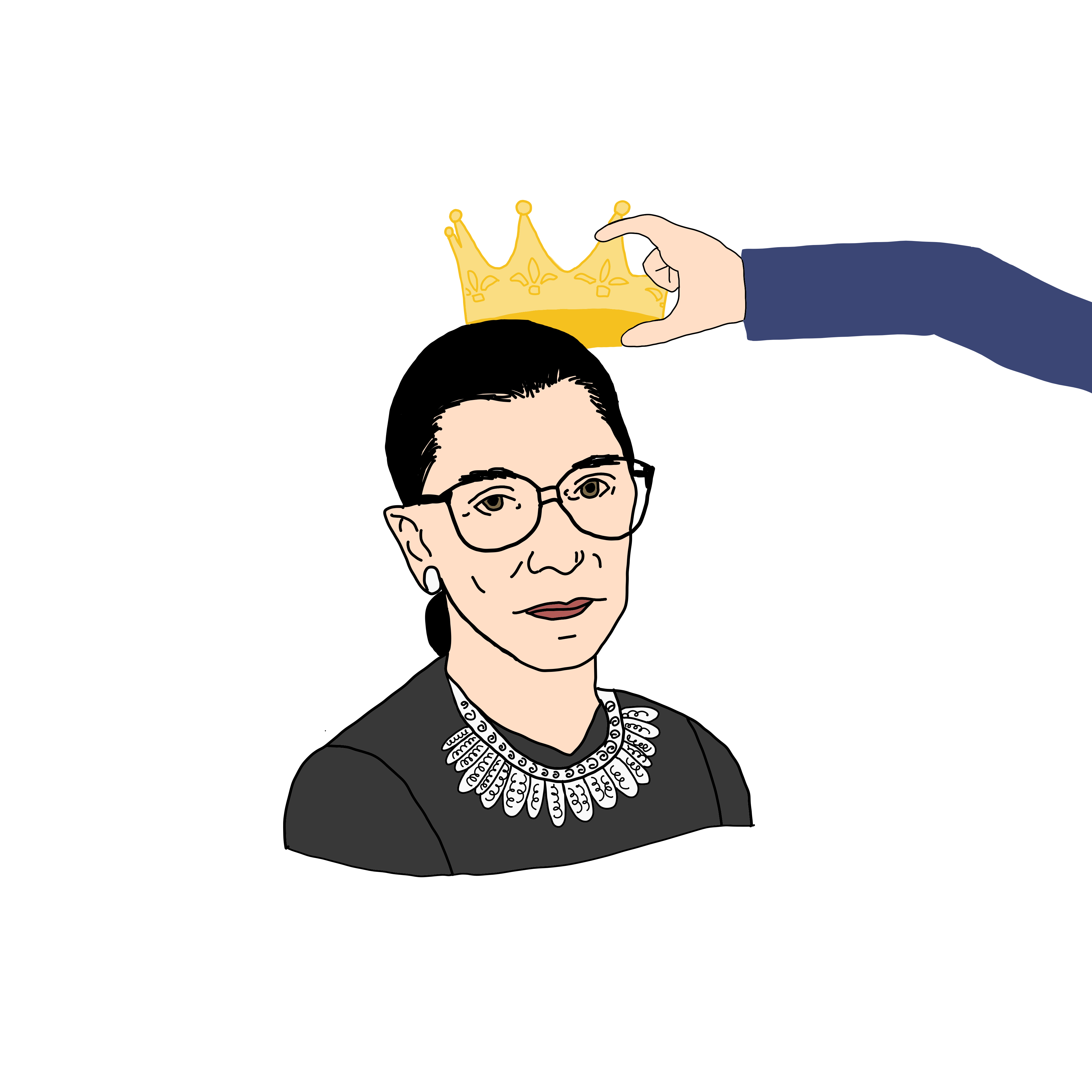 No SCOTUS nominations before elections

While surfing the web recently, I came across a YouTube video of Supreme Court Justice Ruth Bader Ginsburg working out next to an exhausted and panting Stephen Colbert. Not only was she the only woman on the Supreme Court, but at 85 years old, she had better stamina than the then 54-year-old Stephen Colbert.

I was thinking — woah, this woman can do it all. I was right. Ginsburg was an idol and inspiration to many people, including me. However, on Sept. 18 the nation was devastated following the news of Ginsburg’s death from metastatic pancreatic cancer.

With only one month until election day, out of respect to Justice Ginsburg, the vacant spot on the Supreme Court should not be filled until after the inauguration of the next president. This would allow the American people to vote for the presidential candidate that would nominate a Supreme Court Justice aligned with their views.

Prior to her career as a Supreme Court Justice, Ginsburg attended Harvard Law School as one of the nine females out of 500 males and Columbia Law School, graduating first in her class. Yet her remarkable academic record was not enough to guard her from the gender-based discrimination many women experience in the workplace.

She struggled finding a job and later was paid less than men working the same job. Her first-hand experiences with discrimination fueled her fire to advocate and fight for gender equality and women’s rights.

After serving on the Courts of Appeal for 13 years, President Bill Clinton nominated Ginsburg to serve as a Supreme Court Justice in 1993. This announcement thrilled many and Ginsburg made history by being the first Jewish woman on the Supreme Court.

She quickly became a vanguard on the Court for the fight for gender equality and women’s rights, successfully writing majority opinions for cases such as United States v. Virginia, Olmstead v. LC, and Whole Woman’s Health v. Hellerstedt. Before Ginsburg’s passing, she told her granddaughter that her only wish was she would not be replaced until the inauguration of the next president.

Clearly, President Trump did not get the memo. Just eight days after the passing of Ginsburg, Trump exercised his Constitutional right by announcing Amy Coney Barrett to succeed Ginsburg on the Supreme Court. But with only a month left until the election, speeding a Supreme Court nomination through the Senate during a politically awkward time proves the hypocrisy of the Senate Republicans.

In February 2016, when Justice Antonin Scalia died, President Obama moved to nominate Merrick B. Garland to succeed Scalia as a Supreme Court Justice. However, Senate Republicans refused to consider Obama’s nomination because the election day was nine months away. This precedent, that the Senate Republicans set, should be respected. Additionally, Trump’s nomination of Amy Coney Barrett, a conservative federal appeals court judge, would strengthen the conservative majority on the Court and shift the balance of power to the right potentially for decades.