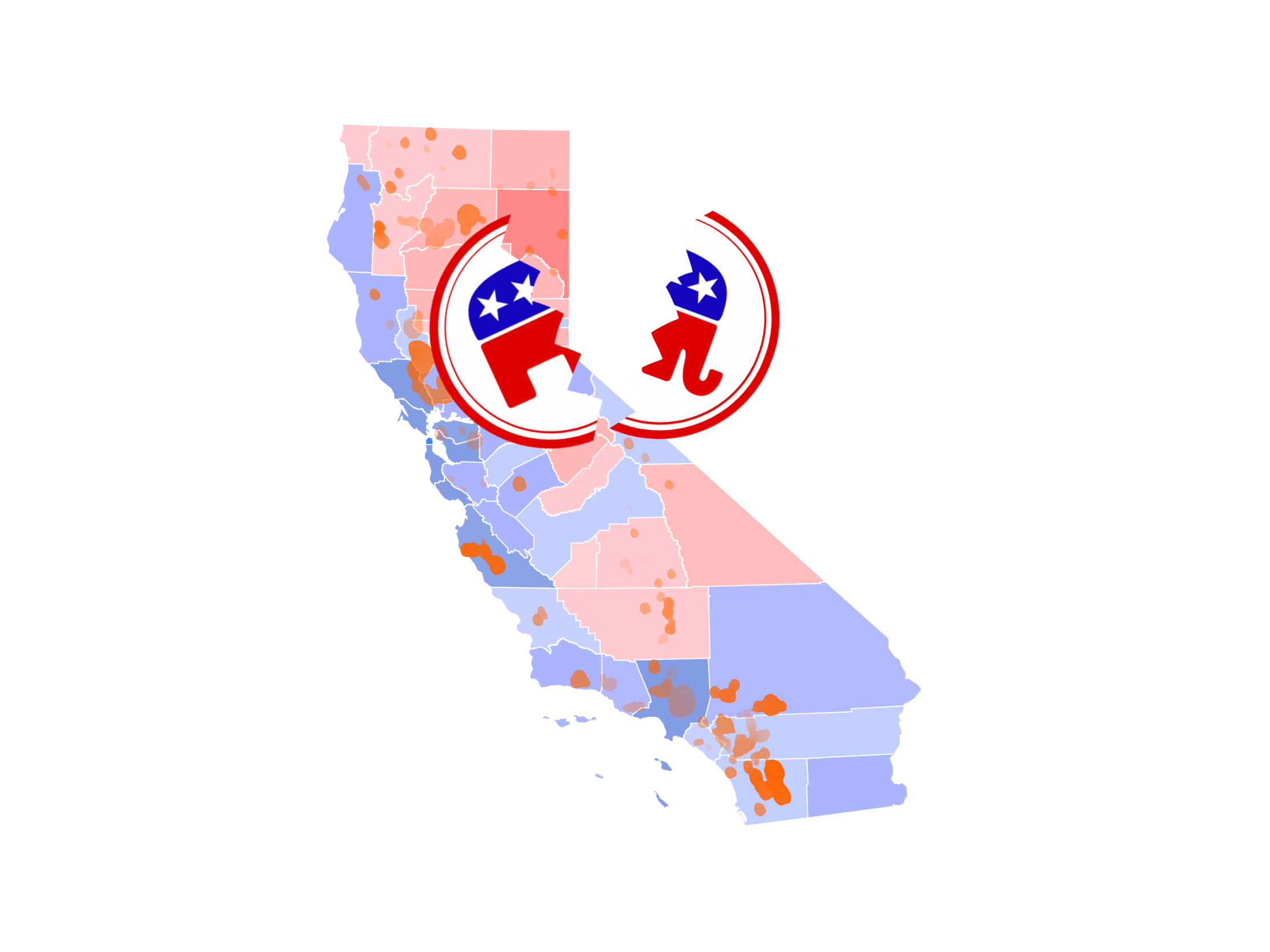 The worst wildfires in California’s modern history are ravaging the state this year, destroying over four million acres so far, and destroying $10 billion of property. Despite this, President Trump has continued to downplay climate change and blame forest management practices for the increase in wildfire frequency and intensity. But in a state where 57% of forest land is owned by the federal government, this attitude is extremely controversial, leading members of the president’s own party to disagree on the issue.

District 25 State Senate candidate Kathleen Hazelton, endorsed by the California Republican Party, believes the federal government is not at fault for increased wildfires in the state.

Hazelton said forest management in California is a job for the state government, not the Trump administration.

“They’re the ones that are responsible for cleaning the forest,” Hazelton said. “Somebody needs to say we need to review our procedures of taking care of the forests.”

“Climate change is a major if not leading factor in wildfires. But forest management, or lack thereof in the last several years, also would help,” Ohtaki said. “Finally, PG&E’s transmission lines are also responsible for many major fires, which they recognize as liability has forced the utility into bankruptcy, so they are improving their maintenance program.”

Ryan Treves, co-director of Students for a Sustainable Stanford, said there multiple factors play a role in wildfires, which Californian politicians must take into account when writing legislation about combating climate change.

“The harms that wildfires are causing today cannot be attributed to either poor forest management or climate change alone,” Treves said. “In reality, they are the culmination of both a century of misguided management based on fire suppression as well as global greenhouse gas emissions, in addition to reckless development in the wildland-urban interface, a brittle electrical grid and ignorance of sustainable Native American land practices.”

This isn’t the first time President Trump’s position on wildfire causes has come under criticism for disregarding climate change. In June of 2017, Trump announced the US would withdraw from the 2015 Paris Accord, an agreement within the United Nations Framework Convention on Climate Change dealing with greenhouse-gas-emissions mitigations. In California however, Republicans are once again split on the President’s controversial decision.

“To leave the accords to strike a better deal is short-sighted,” Ohtaki said. “China and India won’t follow greenhouse gas (emission) cuts unless the US is a party to the agreement. Because this is a global challenge in the long term, the American economy must show leadership by setting an example.”

Hazelton, on the other hand, agrees with the President’s decision.

“Financially, we were funding a lot of things that should have been funded as a group,” Hazelton said. “We spend so much money and we are taxed so hard — we are double taxed in California — that I think it’s really good for a new president to (re-evaluate) where the money’s going.”

Hazelton also said there are more pressing issues that should take financial priority over the climate accord.

Treves disagrees with the premise of Hazelton’s argument.

“The Paris Accord is not perfect by any means, but to back out is to abandon our duty to the well-being of future generations in favor of short-term profits,” Treves said. “The Paris Agreement is a framework for collective goal-setting and accountability: it is not binding, meaning that any argument about saving U.S. dollars by exiting the agreement is baseless.”

Treves said the price of cleanup, if the world continues at its current rate of pollution, will be significantly higher than any amount of money put towards green energy now.

“Economists across the globe recognize that the costs of our current polluting behavior will far outweigh the costs of investing in a green future,” Treves said.

Investing in said green future means getting cars off the road, according to Ohtaki, even if it means expensive infrastructure projects.

“Unfortunately, we have 1970s mass transit in the Bay Area, and we need a 21st century mass transit system to support the growth in Silicon Valley,” Ohtaki said. “Here on the Peninsula, a Dumbarton Rail connection between BART Union City and CalTrain would reduce 40,000 car commuter trips daily for those who live in the East Bay but work in Silicon Valley.”

But Republicans in Washington D.C. seem to disagree. In 2019, the Trump administration rescinded nearly $1 billion in federal grants for California railway construction projects.

“We still have a long way to go,” Treves said. “Democrats in California approve new fossil fuel extraction every year, and frontline communities are still an afterthought in clean energy policy as families — from the Central Valley to here in the Bay Area — experience environmental injustice,” Treves said.

For Treves, climate change is the most pertinent issue that humanity faces.