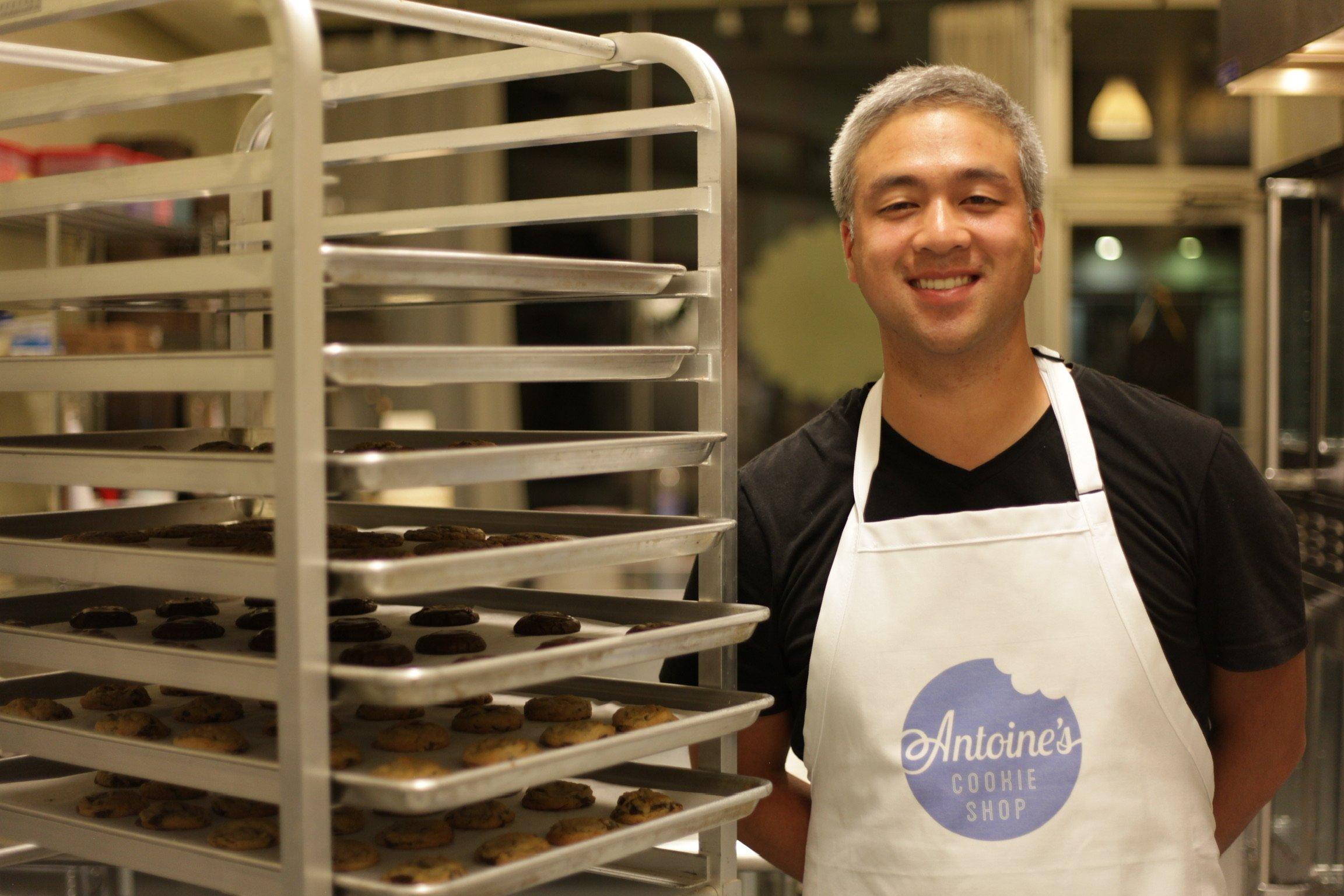 The doors of San Mateo’s Antoine’s Cookie Shop have opened at its second location in Town and Country Village, replacing Babka by Ayelet, which closed earlier this year.

Owner Antoine Tang started his cookie business eight years ago, baking chocolate chip cookies at night and selling them online or at food truck events before opening his first store in San Mateo in 2015.

“We had to shut down the ordering part of our website because we were so swamped with orders and I knew I couldn’t keep up,” Tang said. “A lot of angry customers came and said, ‘Oh I wish you were open,’ so I knew we had to open a shop soon.”

Over the years, Tang said the prospect of a second storefront had been on his mind, although he didn’t have a location in mind until the Palo Alto one became available for lease.

“The opportunity to open in Palo Alto Town and Country was a great opportunity, and I really wanted to seize upon it, especially opening in a spot where it was already suited for a bakery,” Tang said. “(Babka by Ayelet) spent a ton of money making that spot really nice; the marble table you see, the quartz granite at the back, the nice cabinets.”

Tang said Antoine’s Cookie Shop had a successful opening weekend at Town and Country, selling 2106 cookies on its opening day and about 4000 cookies over the entire weekend. Employee Mendel Greene said he was not expecting so many orders.

“It was crazy,” Greene said. “I trained at the other location to get ready for the opening of this location, and the process of baking on time to make sure all the cookies were ready to go was very helpful because we had a lot of people coming in and ordering online.”

Tang said sales have slowed since opening weekend. However, he said he is hopeful business will grow as the word about his cookie shop spreads throughout Palo Alto.

“Tuesday, Wednesday and Thursday (of opening week) were pretty slow which is a little concerning,” Tang said. “But I think it just takes time for the greater part of the neighborhood to find out about us.”

Tang said he is optimistic because his San Mateo location was a late bloomer — its sales were better in 2020 than in 2019. He said the success of his business has a lot to do with the community members becoming familiar with the store.

“It is going to take time for the folks in Palo Alto to find out about us and to make us a part of their routine,” Tang said. “I think what we have in San Mateo is that we became a part of the routine for a lot of folks. A lot of people that would come would be customers that would come in every day just to get one cookie.”

Tang isn’t the only one who said his customer base will grow. Employee Lauryn Heath, who works at both the San Mateo and Palo Alto locations, said it would as well.

“Not too many people know about this location,” Heath said. “I think within the next two weeks, we are definitely going to be gaining more traction with more customers coming in.”

And as for the customers? They’re loving the addition of Antoine’s Cookie Shop to Town and Country Village.

Cindy Kwon, a loyal customer of Antione’s San Mateo storefront and now Palo Alto’s, said, “I think their flavors are pretty unique, and I think the quality is really well done.”