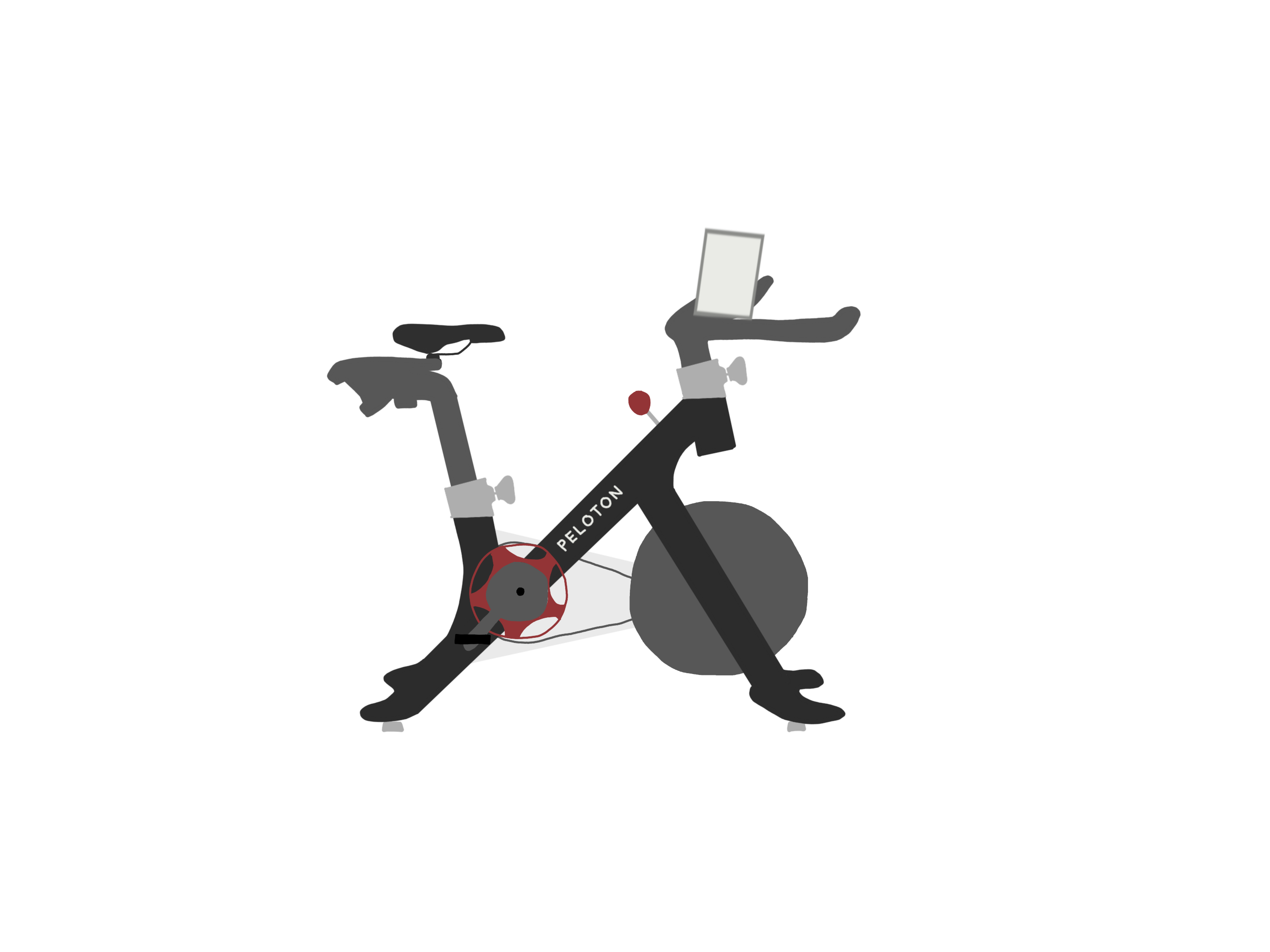 The Power of Peloton

Senior Lulu Gaither clips into her Peloton and starts a 30 minute HIIT ride led by Cody Rigsby, her favorite instructor. As the ride begins, she immediately feels uplifted as Rigsby’s enthusiasm rubs off onto her.

Gaither, a three-season athlete, is one of many who have adopted the Peloton Bike as their principal means of working out. She started riding a Peloton right as quarantine started as a way to stay in shape.

“When we got our Peloton in March, I started using it right away just because I’m used to playing sports year-round, and I didn’t have that,” Gaither said. “So it was pretty much what I used throughout quarantine.”

The Peloton bike, a trendy piece of fitness hardware popular among some Paly athletes, is constructed like a stationary spin bike but with a large touchscreen attached to the handlebars that allows the user to participate in live workout classes virtually. These classes, which can be both live and recorded, vary in intensity and duration and are mostly structured in the form of interval training.

Peloton, founded in 2012 and backed by a Kickstarter campaign, has exploded in popularity in recent months. The company sells a treadmill and a stationary bike –– the latter being far more popular, at a price point of $1,895. Users pay an additional $12.99 to participate in the classes which are also available through an app. In November 2020, the company announced it had seen a 232% increase in sales and is still experiencing supply issues due to such high demand.

These classes and their notoriously enthusiastic instructors are the main selling points differentiating Peloton from other spin bikes. Junior and tennis player Diana Narancic said the instructional aspect of the workout is what keeps Peloton users like her excited and engaged.

“The people who instruct the classes are super energetic and motivating,” Narancic said. “I think it makes it really fun. It’s fun exercise.”

Gaither also said the inspirational atmosphere of the classes, especially during quarantine, is important to keep people motivated.

“The instructors would kind of tell you, ‘All right, we’re getting through it together. We’re all doing this,’” Gaither said. “It’s just nice to kind of have that reassurance.”

Along with the appeal of the virtual classes, some Pelotoners like senior rower Charles Mitz use the bike as a way to crosstrain. Over quarantine, Mitz said he did a lot of road cycling but recently has been spending more time on his Peloton.

“I like to do power zone endurance rides because the instructors for those classes actually know how training works,” Mitz said.

Despite this, Mitz often opts out from the classes and uses the “Just Ride” feature, which allows him to ride without instruction.

“At one point when I was clocking like 10-12 hours a week on the bike, I would use the ‘Just Ride’ setting because I knew my own training plan,” Mitz said. “The classes are great for the audience it’s intended for, people who are trying to stay in shape. But not as much for athletes who are trying to get into better shape.”

Peloton bikes also have features that allow users to interact with other riders. Users can see the leaderboard on their ride, dish out digital high fives or join clubs to workout with people they know.

PE teacher Sheri Mulroe, a self-proclaimed “complete and total exercise addict,” got her Peloton ahead of the curve in 2018. Coming from a competitive cycling background, one of her favorite parts of the bike is the social aspect.