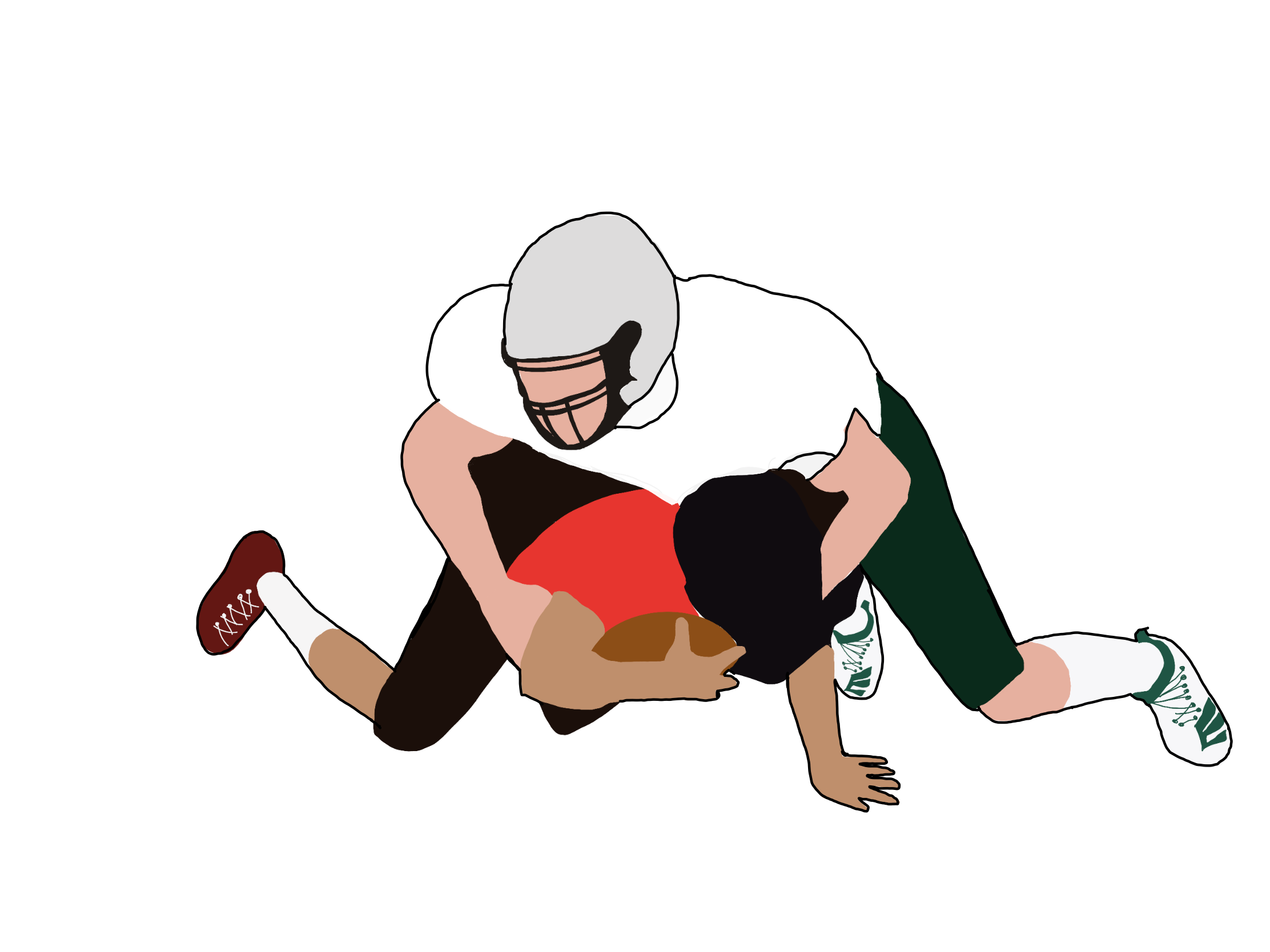 As students finished up another day of remote or hybrid school on March 16, the boys and girls soccer teams prepared for something new: their first in-person games in more than a year.

Since California officials moved Santa Clara county into the less restrictive COVID-19 red tier in February, contact-heavy sports have returned over the past couple weeks, including football and soccer.

Full contact practices and training for both the football and soccer teams have been able to use practice time for contact-heavy training which students were not able to participate in during the lockdown.

Junior Brighid Baker, who plays for the girls soccer team, said her team is using the opportunity to start game-realistic practices.

“Since tryouts, we’ve been doing scrimmage matches between our players to see how we do in a full game and prepare for them,” Baker said.

These types of practices, which are also used by the football team, allow students to be prepared for games during the season despite having been largely unable to play during the one year that quarantine has lasted.

However, Paly has not allowed the sports to reopen with out restrictions. In order to reduce the risk of players being infected by the novel coronavirus, all Paly athletes must follow a mask mandate during practices held at school.

Junior and girls soccer team member Mariana Kessinger said the mask requirement, while a deviation from normal play, has not hindered the team’s ability.

“Wearing masks while playing is different, but once you get over that, it’s alright,” Kessinger said.

However, Baker said the mask mandate does not extend to games played against other schools since those schools often don’t have the same athletic requirements Paly does.

The girls soccer game on Tuesday between Paly and Los Altos High School, for one, did not implement a strict mask policy. “We weren’t required to have masks on during the game,” Baker said. “It could be seen as dangerous, but many of us chose to wear masks just to be safe.”

Kessinger said the return to in-person contact sports has felt comparable to sports seasons before lockdown for her and her teammates.

“We still have to wear masks, but practices are pretty normal,” Kessinger said.

Baker said the transition to full-contact, in-person practices has also allowed some athletes who had not played the sport for an extended period

of time to regain their former comfort with their sport. Coaches have intentonally allowed time for players to regain confidence while playing by keeping the earliest practices in a friendly, relaxed environment.

“It was a bit awkward for some of us who hadn’t played in a while,” Baker said, “but it was really nice to see those people connect with the ball. Practices were initially kept light to allow us to get more comfortable… even though some of us hadn’t been playing.”

Baker said she felt playing an in-person game against another team after the extended season hiatus was unusual because teammates had been unable to see each others’ skill level and progress.

“It was a bit rough at some points because we were playing against another team for the first time in a while … and we weren’t sure how they would play since we haven’t played them since before lockdown,” Baker said.

Baker said she is also looking forward to returning to the supportive atmosphere of populated Paly home games with students in the bleachers.

“At away games we’re not really exwpecting much support from the crowd,” Baker said. “But we’re excited for home games, which usually have a lot more energy.”

Returning athletes, including Baker, say the reopening of sports has helped rekindle the familiar feeling of being on sports teams and return life closer to a state of normalcy.

“It’s really nice to be able to be a part of something in school again, to put on that jersey,” Baker said. “And it’s great to be able to do something with friends that isn’t remote and online.”

According to the Santa Clara Valley Athletic League’s proposed schedule, football will resume play until April 17 and other returning sports’ seasons will end on April 23.

Baker said she is excited to see where the season goes and to continue playing with the team.

“People enjoy being back on the field,” Baker said. “And after our early win on Tuesday, we feel driven to play and win.”