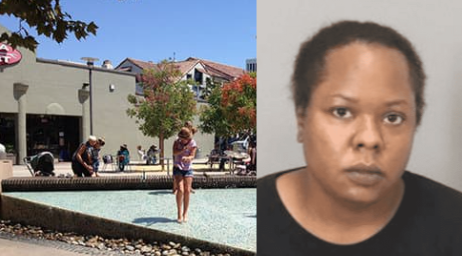 A Paly junior was stabbed in an unprovoked attack Wednesday morning in downtown Palo Alto. Police said the alleged attacker was arrested and charged with two felonies — attempted murder and false imprisonment — after two passersby stopped the attack by disarming and detaining her until police arrived at the scene.

Police said the 16-year-old student was approached from behind by the alleged assailant, later identified by police as 39-year-old Kenisha Monique Thomas, who attacked her with a 2.5 inch knife and pulled her to the ground.

“I was walking around University Avenue during (my) prep with my friend and then out of nowhere, a lady came up from behind me, grabbed my hair, pulled my head back, and slit my throat,” the Paly junior said to The Campanile. “Then, I was pushed down under her. I couldn’t exactly make out what was going on around me. I heard a lot of yelling from (Thomas) and from the people around me.”

Once the attacker was disarmed, the victim said that she was moved over to the Lytton Plaza by two women who helped staunch the bleeding on her neck.

“One lady took off her shirt so I would have something to apply pressure with, and they stayed with me until the EMTs got there,” the junior said. “I didn’t know what was going on until I got to the hospital –– I didn’t even realize my throat was slit until they had to apply pressure.”

The victim said she moved to Palo Alto from Salt Lake City in early August and had no known connection to the attacker. Thomas has no known motive and is being detained in the Santa Clara County Main Jail without bail, police said.

The student said she suffered major injuries to her neck and upper body and was rushed to Stanford Children’s Hospital, where she received three layers of stitches. Now in stable condition, the victim said she is continuing to recover at home.

“If the cut was a few centimeters deeper, I would’ve died,” the student said. “I’m so incredibly grateful for everyone who was at the scene and stopped it from being worse than it already was. I’m so grateful for the men, EMTs, police and ladies who were present, and for the doctors and nurses who stitched me up.”