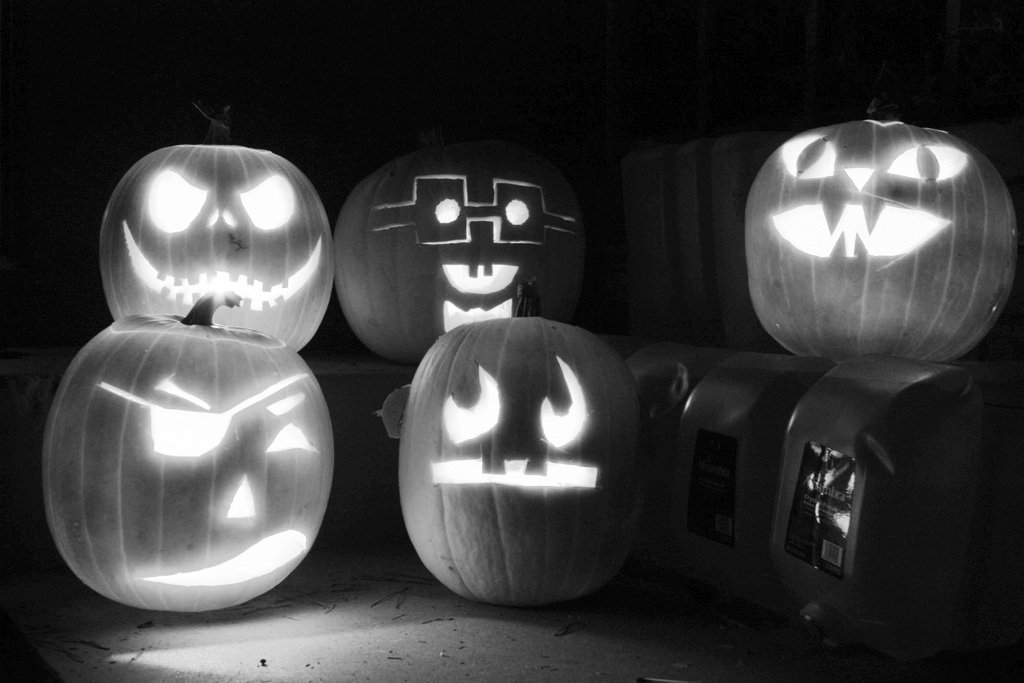 It is the time of the year to start pulling out costumes, dusting off candy bowls and carving out pumpkins as the scariest day of the year quickly approaches.

Halloween is the time to see illuminated jack-o’-lanterns and translucent spider webs decorating neighborhood houses; it is the time to stay up till midnight gathering candy by reciting “trick or treat” over and over at every house in the neighborhood. This Halloween, the Bay Area community is hosting many popular and lively events to participate in.

Trick or treating is an inveterate part of Halloween culture; people of all ages are involved, children and adults—children exult in dressing up as their favorite popular character or supernatural figure and going from door to door at dusk to see their candy bags slowly fill to the top before they return home to pick out their favorite kinds to eat.

“Trick or treating can be kind of awkward because adults sort of stare at you, and you can tell that they think you’re too old for it,” junior Phoebe So said. “But personally I still enjoy it because it’s a fun tradition that really anyone can take part it. It’s fun to just dress up and go out with your friends, and I’ll definitely try to go again this year.”

Just going out to trick-or-treat can be a way to walk away from school and its obligations; some students trick or treat not just to participate in American tradition but also to take a break from school and relieve stress.

Tour guides lead dressed up children around indoors, using special effects and costumed people to create terrifying scenes. Around the country, many haunted houses are being set up at private homes, schools and public fairgrounds.

“There was a haunted house on a street off of Greer and I went last year with a group of friends,” So said. “It was in someone’s backyard and homemade and was actually really terrifying, so I’ll probably go again if the family is hosting it this year.”

Many students enjoy attending haunted houses just to get a good scare, and for the local neighborhood haunted houses, visitors wait through long lines before splitting off into groups to enter the haunted house. Screams fill the surrounding area, and attendees rave about the thrill they get from these fright-invoking attractions.

Outside of Palo Alto, in San Jose, lies the supposedly bizarre Winchester Mystery House. Believed to be haunted by the victims of the rifle, which belongs to her family, Sarah Winchester built the house with the intention never to complete it, adding to the construction of her mansion until her death. Nowadays, many people believe it to be an actual haunted house and tours of the mansion are given daily.

But for Halloween, the mansion is transformed to intensify the thrill and scare level. From Sept. 28 to Nov. 3, Fright Nights ensue. All the lights are turned off. The Winchester Mystery House gives The Curse of Sarah Winchester maze tour in the corn fields as well as the Walk with the Spirits flashlight tour in the house and tells haunted tales, making for a haunted Halloween experience for any high school student. Admission to Fright Nights varies according to the day and the time.

Also, the Santa Clara County Fairground is once again hosting The World’s Largest Haunted House, which is open every Friday and Saturday from Oct. 5 to Oct. 31. Admission is $22 for anyone over the age of 12. This is the haunted house’s 11th year and has been expanding, with new scares, every year.

In the words of the sponsor, “enter at your own risk.”

Great America’s Halloween Haunt has been a popular venue for high schoolers in the past because of its thrilling and scary events. No one under thirteen is officially allowed in; however, this rule is loosely enforced. Every year during Halloween Haunt, Great America is packed with teenagers and adults dressed up like pirates, clowns and zombies. Great America employees also dress up and chase after visitors in an attempt to scare attendees.

“It’s really exciting to see all the employees dressed in scary costumes,” freshman Carissa Zou said. “This makes it really authentic and a great place to go for a scare.”

Many older students enjoy Halloween not for the candy but for the scare, and, according to many students, the Halloween Haunt has some of the scariest attractions around the Bay Area—the main reason older students, notably high schoolers, flock to Great America during Halloween.

The Halloween Haunt runs from Sept. 28 to Oct. 28, every Friday, Saturday and Sunday from 7 p.m. to midnight.

The attractions consist of haunted mazes, scare zones, rides and shows. The featured attractions include shows like Culture Pop and Ghostly Glow Party as well as scare zones like Madame Marie’s Massacre Manor. Admission price is $25.99 for Fridays and Sundays and $27.99 for Saturdays.