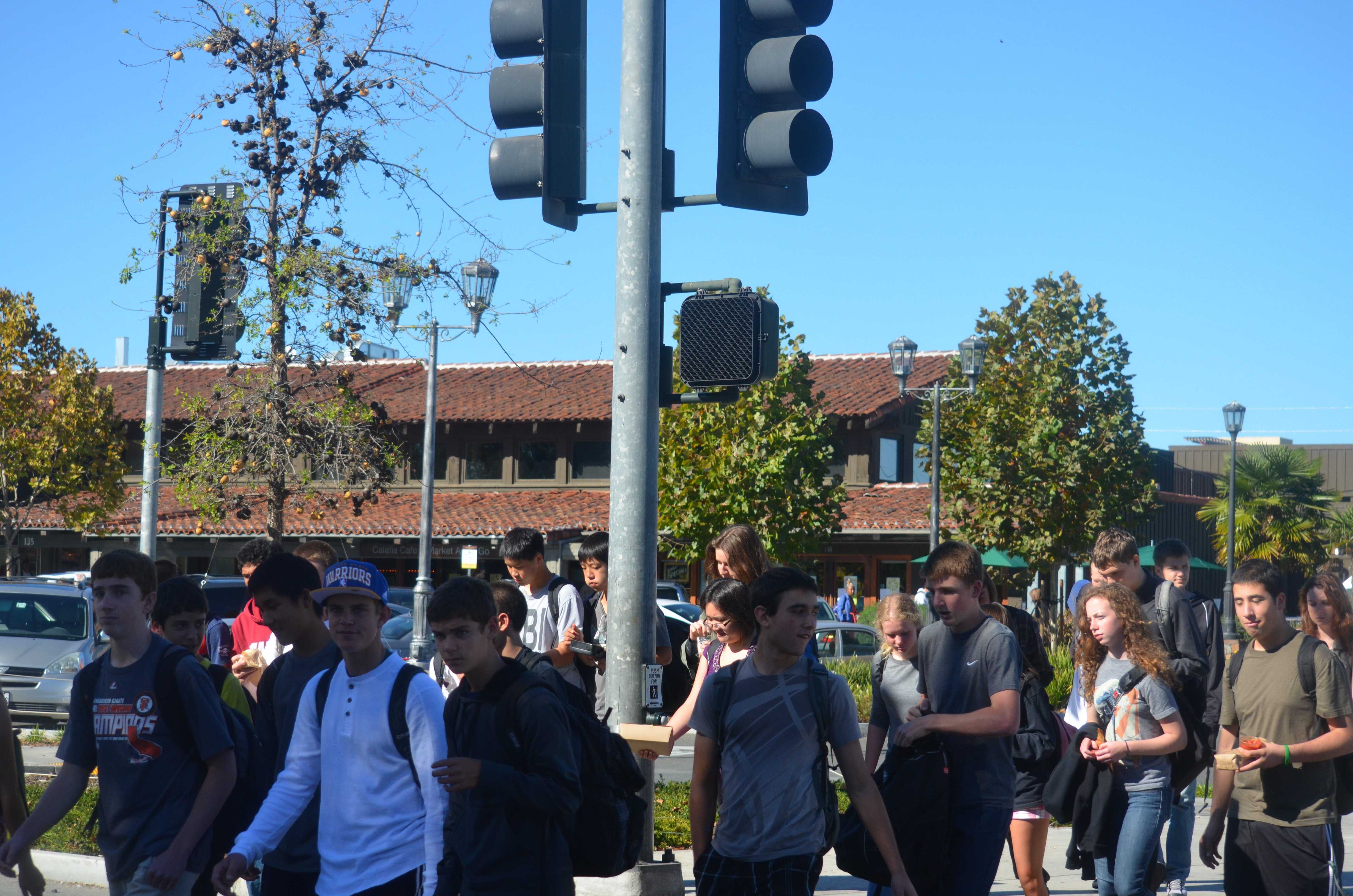 For the last couple of years, Town and Country Village has been drastically raising its lease, forcing a heap of small popular restaurants such as Spot Pizza, Rojoz, Korean Barbeque and Hobees to close. Town and Country appears to be transforming into a higher-end plaza, which is evident by the replacement of these restaurants, with more lavish ones and thus turning away students, even though they are a large group of customers.

From the beginning of school year in August until school lets out in May, hordes of hungry high school students, including those from Castilleja and Paly, make their way over to Town and Country looking for something to eat for lunch. However, students have begun to feel discouraged when their wallet is completely emptied after one or two meals.

“I find it harder to get cheaper food because Town and Country seems to be slowly closing down the cheaper stores or forcing the remaining stores to raise prices in order for them to keep their place in Town and Country,” junior Andrew Watson said.

Among one of the most popular lunchtime options for students was Korean Barbeque, which has also been recently closed as a result of the inability to afford another rise in Town and Country’s lease prices according to the owner’s son. It offered a large amount of food for relatively cheap prices in comparison to the other restaurants.

“I definitely do not go [to Town and Country] as much now that Korean Barbeque is closed,” Watson said. “It was the best place to get food at lunch.”

Students feel that options have been curtailed by the closing of cheaper stores. As a result, many students have felt the need to resort to bringing homemade lunches and avoid crossing over the tempting street to Town and Country in order to preserve their allowances.

“I don’t buy things at Town and Country anymore,” junior Angela Pomeroy said. “I have minimal allowance as it is and don’t want to spend it all on over-priced food.”

Many students have felt that the closing of cheaper stores is not only a hindrance against feeding their hunger but they also feel someone castigated by Town and Country. For example, the stores that  do remain as good options for students during lunch such as Calafia have created store policies forcing only students to leave all belongings outside.

“I despise feeling judged different because of being a teenager,” Pomeroy said. “All customers should be treated equally.”

Overall, students feel that cheaper options have been withering away year after year, and it is becoming harder to afford lunch. After failed protesting attempts like “Occupy Town and Country” led by junior Hillel Zand, it is likely that students will just have to suffer the high prices or pack their own lunches.