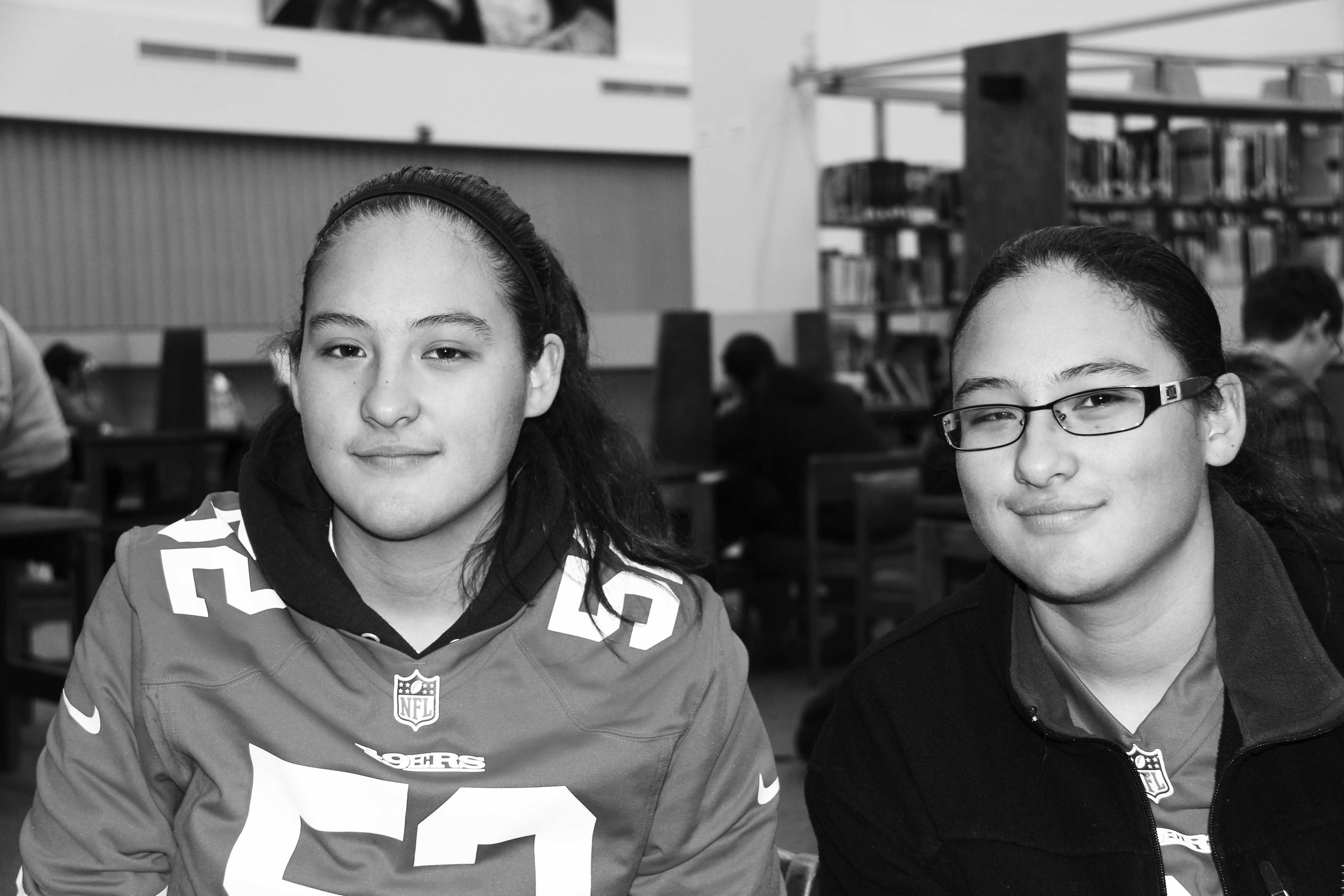 Sophomore twins Bianca and Priscilla Aboytes are members of the San Mateo County Sheriff Department’s Explorer program, which is designed to give teenagers the opportunity to volunteer in the community and experience the life of a sheriff deputy. The post is composed of around 20 explorers who meet twice a month, in addition to attending an entry-level law enforcement academy and assisting in community-wide events.

Both sisters have always been interested in law enforcement, so when they heard about the opportunity, they excited to check out what the program had to offer.

“I’ve always wanted to be a police officer since I was younger,” Priscilla Aboytes said.

After going to one meeting, Priscilla and Bianca were immediately interested in becoming full-fledged explorers; but before joining the post, they had to acclimate themselves to the program by attending more meetings and going to a law enforcement academy in order to officially enter the post.

“You have to go two meetings before you can actually become an explorer,” Priscilla Aboytes said. “Once you’re in the post, you go to a basic academy where you learn how to use a firearm first aid, CPR and a whole bunch of other things while taking classes.”

While at the academy, the two took classes on criminal justice, in addition to grueling Physical Training (PT) with their drill instructors (DI’s), who are police officers or SWAT team members. In addition, they practiced shooting firearms and even performed mock search and rescue missions during the night at nearby parks. However, it was not all fun and games, as the highly-regulated lifestyle of law enforcement follows their every move throughout their daily life.

“[Explorers] have three rules [on discipline],” Priscilla Aboytes said. “We have rule number one, which is never quit. Rule number two: be responsible and rule number three: look after your own. And if you don’t follow the rules, you will get disciplined by doing pushups. It might be tough at first, but once you get into it, it’s fun.”

The two have learned that although certain aspects of being a sheriff explorer can be physically demanding, the rewards can be even more meaningful. Every January, their post goes skiing and snowboarding at Lake Tahoe and sometimes take trips to Disneyland in the summer. Priscilla Aboytes says that their post is “like a family.”

Another reward is the experience to spend time working in the San Mateo County Jail in Redwood City. Although they are not allowed to work hands-on with the inmates, explorers are allowed to assist with certain correctional officer duties once a month. Priscilla usually helps with taking fingerprints and photos of booked inmates, while Brianca usually will help with classification work.

“The jail can get pretty nasty,” Priscilla Aboytes said. “They look at us like actual police officers since we have our uniform on.”

The twins believe that their experiences in the jail will prepare themselves for their goal of someday working in law enforcement as a career.

“It’s better if you go to college and get your degree in criminal justice and then go work [in the Sheriff department] because you get more pay and you will know more,” Priscilla Aboytes said.

Further law enforcement training comes from the post’s two monthly meetings, where explorers do SWAT training, learn about traffic patrol, as well as certain tactics and codes they can see in play when they do ride-alongs with sheriff deputies.

Both Bianca and Priscilla hope to continue their experiences in law enforcement and highly encourage others to join if they are interested, with Bianca noting, “You make great memories, that’s for sure.”