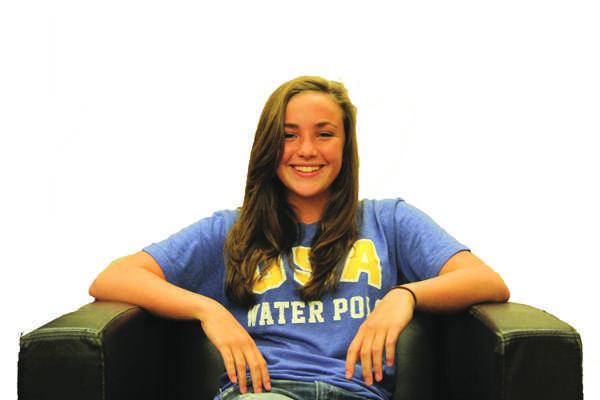 The Campanile: Do you want to introduce yourself first?

TC: Tell us about your presidency and what made you decide to run.

IK: I thought about it last year and I just thought it’d be a cool new thing to do and over the summer I was put in a leadership position with my water polo team and I really liked it so then I did even more.

TC: Who’s the coolest person on ASB so far?

TC: Shout out to Audrey and Owen!

TC: That’s true. So what’s the best thing about Paly so far?

TC: Tell us about your freakish water polo abilities.

IK: I’ve worked really hard at water polo, and being able to go up to varsity as a freshman is really cool.

TC: Did your brother playing water polo have an influence on you?

IK: Well actually I started playing before him.

TC: Oh so you’re the trendsetter?

IK: He happens to be a senior so, there’s that. But I could do better than him when I’m a senior. I’m better than he was when he was a freshman.

IK: It’s really cool because some of his friends know me so I have some senior friends.

TC: Is Sam as crazy as he his at school as he is at home?

IK: I guess not. I didn’t know he had the nickname “Crazy Sam” until like a month ago.

TC: Have you heard of any other wild stories about him?

TC: Ok, we’re going to play a game of “would you rather”. Would you rather fart popcorn or have your past and future web browsing history available to everyone?

TC: Would you rather have accordions for legs or have a huge belly button 10 inches long that swayed to the beat of music?

TC: Do you have any favorite teachers?

IK: Mr. Farrell is really cool. I like him. And I also have Ms. Orr; she’s also really cool.

TC: What are some of your goals for high school?

IK: I had plans coming into school, which have already come true.

TC: Can you go any higher?