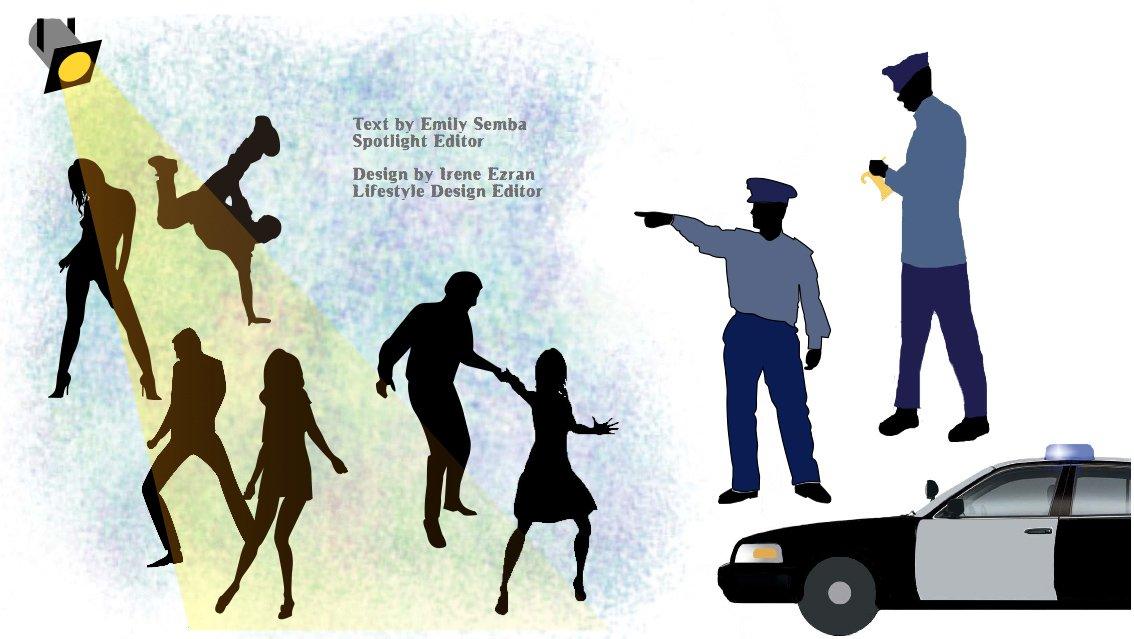 A Guide to the 4th Amendment

It’s a Friday night, and you are finally de-stressing after a long week, pretending for a few blissful hours that your English essay is not, in fact, due next Monday. You have a few friends over and are just getting into the beat of the music, when suddenly the life of the party knocks on your door: the police.

Unless the officer actually turns out to be Magic Mike (or any other fictional male stripper), this is likely not an encounter most would know how to handle. But whether or not the visit is justified, it is important to know what to expect and to know the legal rights and limitations of both you and police.

According to the Fourth Amendment, citizens are generally protected from “unreasonable searches and seizures” from police without a warrant.

However, there are four main exceptions that allow officers to legally search property without a warrant: exigent circumstances, consent, the plain view doctrine and search incident to arrest.

Exigent circumstances are “circumstances that require an immediate response [that occurs] when police officers believe they have probable cause, and there is not enough time to obtain a warrant,” as defined by the Cornell University Law School website.

According to a police officer from the Mountain View Police Department, who chose to remain anonymous under the name “Officer Smith,” exigent circumstances most often occur when a complaint is received notifying officers of illegal activity.

“We can go inside a house if we suspect there is danger,” Smith said. “[Say] we get a report that there’s a girl being raped inside a house [and] she’s in there now. We go to the house and [if] we suspect it may be true, we can break down the door and see what’s going on inside.”

Police can search private property without a warrant if the homeowner freely gives consent.

“It’s a little blurred at times, but there are several forms of consent: there’s expressed consent and implied consent — if I asked you, ‘Hey can I come in?’ and you nod [or] you motion to us with your hand, that’s consent,” Smith said.

If none of the three other exemptions exist, citizens have the right to refuse consent to a search, though police are not required to inform individuals of this right. When homeowners refuse a search and officers do not have enough evidence to enter under exigent circumstance, the plain view doctrine, or search incident to arrest, there is often little else police can do.

“We’re going to try to knock on the door and try to get compliance,” Smith said. “Otherwise, sometimes we’ll wait for people to come out and kids will scatter; they’ll jump fences [and] get caught that way.”

If evidence of an illegal activity is visible in an area that police already have legal access to, police have the right to legally search a site and seize evidence.

“The officer [must] be lawfully located in a place from which the object can be plainly seen, but he or she must also have a lawful right of access to the object itself,” according to Supreme Court decision Horton vs. California.

If an officer were to see a marijuana plant in the window of a privately-owned home as he is walking down the street, he would be required to obtain a warrant first before seizing the evidence. However, if he is already inside the house investigating an unrelated report and sees the marijuana while there, he can legally seize the evidence without a warrant.

Under this exemption, police have the right to search areas connected to an arrest. This is mainly to protect officers from any dangerous accomplices or weapons existing in the vicinity of the arrest.

“The purpose of this exception is to protect the officer by locating and seizing any weapons the person has and to prevent the destruction of any evidence on the person,” the Surveillance Self-Defense website states. “If an arrest is valid, officers may conduct a warrantless search of the arrestee and the area and objects in close proximity — the ‘grab area’ — at about the same time as the arrest.”

If the police enter your house…

“Once we go inside, we’re not going to go in drawers or anything,” Smith said. “We can go inside closets if people are hiding in there. We’re looking for people, we’re not looking for drugs, contraband [or] anything illegal.” [If we find underage drinkers inside], sometimes we’ll just say ‘alright, everybody go home.’ But the extreme is arresting people, and we don’t want to do that.”

Officers can legally detain an individual at their current location if they suspect illegal activity is occurring, but do not yet have enough evidence for arrest. For example, if police suspect a citizen of underage drinking, officers can require the person to stay at the scene.

“Officers have legal rights to say ‘you can’t go, you need to stay until we figure out what’s really going on,’” Smith said.

Many civilians are unaware they have the right to refuse a breathalyzer test. However, police can ask to breathalyze individuals at any time, with or without a warrant or probable cause.

“You don’t have to blow into the machine,” Smith said. “We can’t forcefully put the machine in somebody’s mouth and make them blow. The breathalyzer is just one tool, but they can decline it.”

If a homeowner refuses entry into a property after police have already established it is their legal right to do so, police can legally make an arrest.

“You can go to jail for delaying or obstructing a police officer,” Smith said. “If we’re trying to investigate and do a welfare check inside the house, and you’re like ‘no, you can’t go in,’ you can possibly be arrested for a misdemeanor offense.”