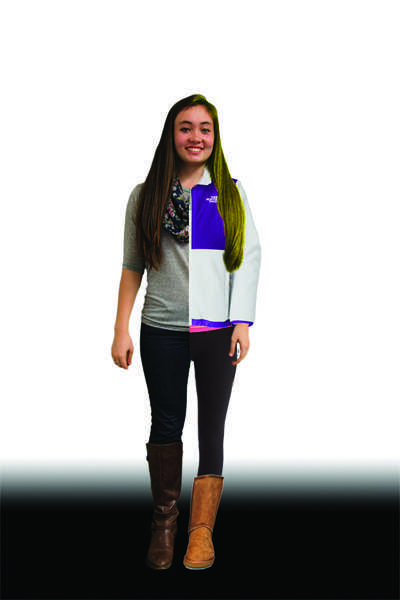 Give thanks for the white girls

According to word-of-mouth, Twitter and my Instagram feed, scientists claim that a new species of human being has emerged from the depths of the inner Earth: the “white girl.” Those who are clearly identified as white girl are often seen in the standard uniform comprised of a Northface and yoga pants tucked into Ugg boots. This species has a tendency to make what researchers have named the “duck face,” an expression involving pursed lips. This face is most often seen on various forms of social media in the form of selfies. If you are to come in contact with a white girl, whatever you do, do NOT get in between the white girl and her Starbucks cup until she has acquired an Instagram-worthy picture of her incorrectly spelled name sprawled across the cup.

Initially, I was shocked to learn of this newly-discovered race. However, after performing further research regarding this rapidly evolving species, I came to an unfortunate realization…I am a white girl.

A couple years ago, I would have never felt threatened wearing Uggs, Instagramming my frappuccino or taking an un-ironic selfie. Now, there’s no place to hide my deemed white girl qualities. I find this newfound fear even more complex considering I am only half-white, but my potential behavior can sometimes allude to that of a (full) white girl.

Unfortunately, I’m still fairly confused about to what extent I should be ashamed of my race. Take my identity, half-Asian, half-white and fully confused. For years, I was able to hide my shame of being categorized as a nerdy, bookish Asian girl behind my sliver of white within my racial makeup. Now, I’m done for. I no longer can hide behind one side of myself or the other, because I’m supposed to be ashamed of all parts of my racial identity!

I find it interesting that after coining the negative connotations associated with being a white girl, there is no longer one race void of malicious mockery. Whether you’re white, Asian or black, there really is no solution; no one race that doesn’t host a brimful of stereotypes waiting to treat members of their respective groups with undeserved teasing. Have we managed to find something wrong with all of us?

Maybe that’s a good thing. Maybe this new species of human, the aforementioned white girl, has finally closed the gap between a supreme race and the inferiors. Now, we’re all inferiors; no one can claim superiority because all of the races that differentiate each other contain too many flaws to maintain a higher status. We ought to be more thankful for all the white girls in our collective lives. It is their contribution that has managed to create a level playing field. Finally, we all can recognize that none of us are supreme or inferior based on our race, rather, we’re just a bunch of fun-loving, judgemental humans with an uncanny ability to discriminate until there is nothing left for us to judge.