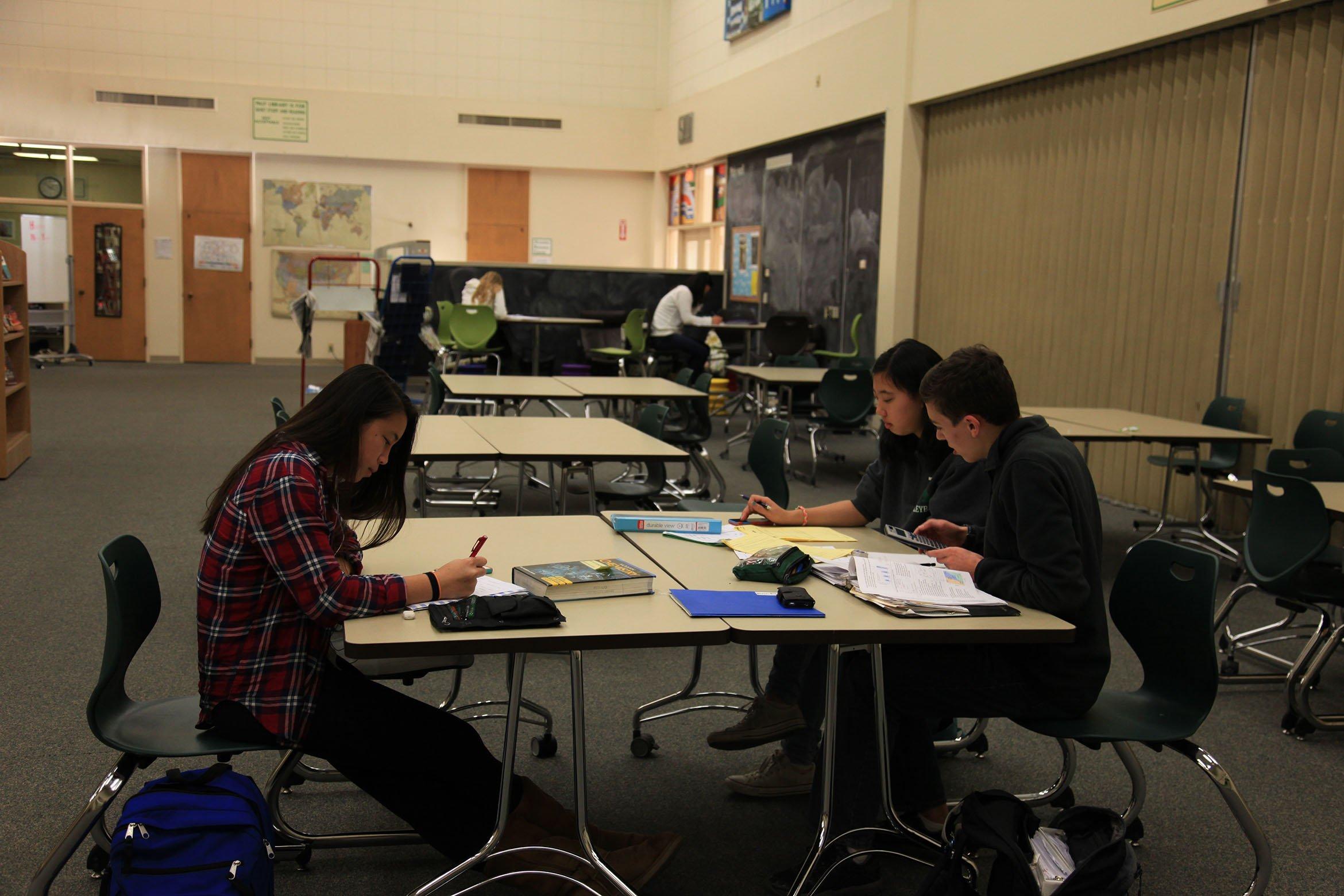 Preps in the middle of the day make students more inclined to get homework done.

With the beginning of the second semester in full swing, many of our schedules may still be in motion, and it’s important to look at all the options. By options, of course, I mean which period to reserve for a prep.

Preps can be incredibly useful for getting work done, unwinding, gettomg some much-needed or having the time to go further off campus for lunch. Especially during second semester, when many classes pick up steam, preps can be a lifesaver.

When weighing prep periods against each other, it is best to consider the four perks each can have: sleep, productivity, early dismissal and extended breaks. While each of the four has its advantages, you’ll have to weigh what you value most out of your free time.

For sleep, no prep can beat first period, which offers the opportunity to sleep in three times a week. In total, first period can give you over four extra hours of sleep per week with a 50 minute lie in on Monday and up to an hour and 45 minutes on Wednesday and Friday.

Considering the fact that first period only occurs on days with four or seven periods, you may need the extra sleep if you stay up late to complete homework for these high-stress days.

While second period prep does not give you the late start on Mondays, it has advantages of its own. The second period and Brunch block on Monday can be an ideal time to finish homework for classes later in the day, and the shorter days on Tuesday and Thursday mean that in addition to sleeping in, you will only have two classes to make it through in the afternoon.

“Second period prep is good because you get to go to school later but it comes before classes so you can not do homework assigned that day, ” sophomore Nicole Li said.

However, although these morning preps are appealing because of the extra sleep, if you really want to get some homework done, a prep in the middle of the day might be the best option for you.

“I have a fourth period prep and it forces me to do my homework because its in the middle of the day, junior Adele Bloch said. “But ideally a first period prep would be great because I would personally use it to sleep or study for the tests I have that day because the fourth period days are very tiring.”

For someone who cannot make it through a four or seven period day without a break and a large meal, fifth period is the ideal prep. With fifth period, one gains extended lunch during all three of the longer weekdays. With a lunch period that can last over two hours, you could get lunch in San Jose, or enjoy a full meal in a restaurant without worrying about time.

Be cautious telling your friends about your free period if it is before lunch, you might end up paying for a lot of Chipotle bowls or bubble teas

Sixth period prep can be both a blessing and a curse. While it allows those who have it early dismissal twice a week, being able to leave at 11:35 a.m. two times a week can make days that last until 3:25 p.m. seem endless. In addition, if you do choose to leave campus for lunch and sixth period, you’ll only have to return for advisory or to sign in for tutorial (having sixth prep means you will receive cuts for tutorial if you do not sign in). Finally, seventh period prep is perhaps the most straightforward of them all, offering early dismissal on all three of the longest schooldays. Seventh prep is ideal for atheletes not competing at Paly, as it ensures that they will always have time to make it to practice.

Ultimately, within the flexibility of your schedule, the choice is yours, and you can not really go wrong with any. As long as you can search your soul for what you truly value, there is a prep out there which can fulfill all your needs.