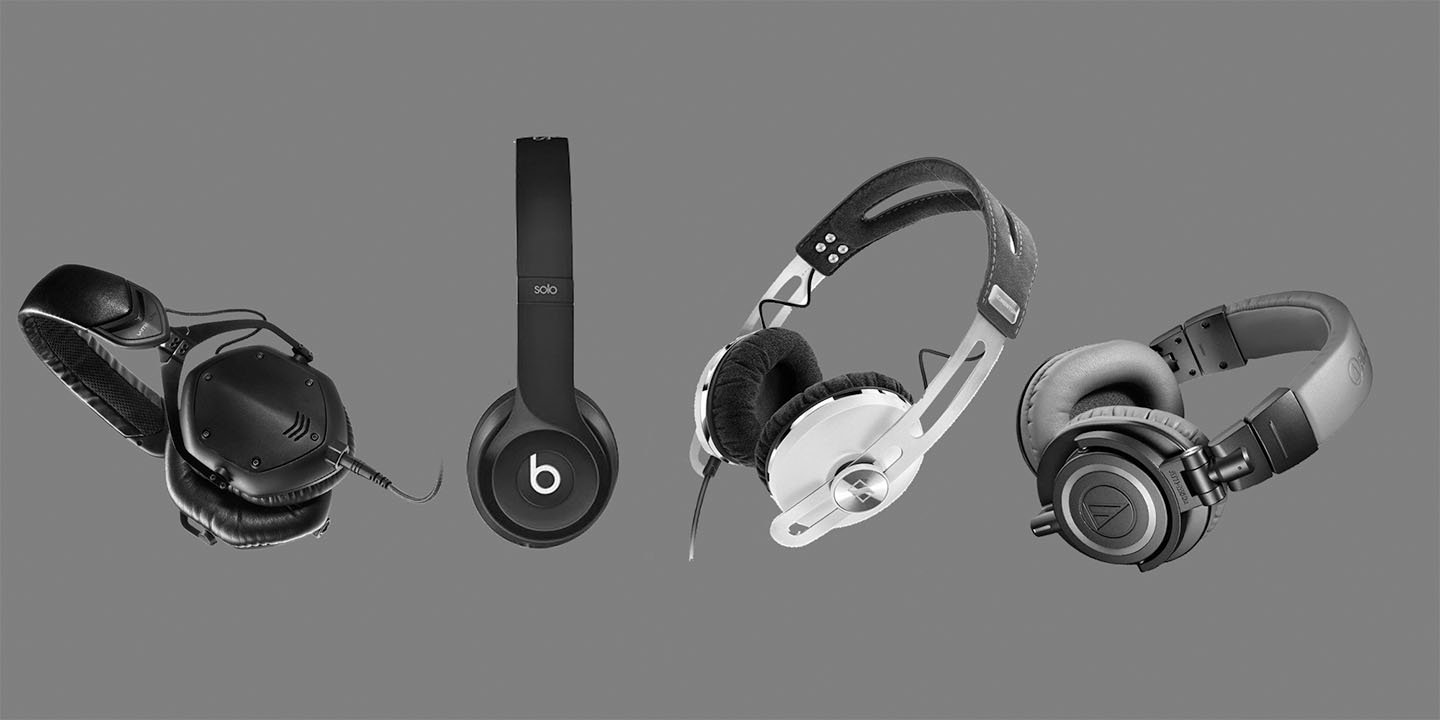 The V-Moda M100, Beats by Dre Solo 2, Sennheiser Momentum and ATH-M50x are among the most popular headphones in the market.

The best headphones available on the tech market

Far too many people listen to music with the Apple Earpods that come with their iPhones, or with a cheap pair of headphones bought from Walgreens. If one were to stray away from the norm of listening to music with cheap headphones and bought an actual, circumaural pair of headphones, one would see a huge difference between the two. For those who would like to experience music in a better way, this guide covers four reviews of the best headphones on the market today.

The biggest headphones brand in the entire world came out with a sequel to their Beats By Dre Solo HD. The new Beats By Dre Solo 2 is Beats’ take on the on-ear headphone. Based on design, the Solo 2 is undoubtedly one of the best looking headphones out to date. The headphones are more so a fashion statement than “real headphones.” The redesigned Solo 2 comes with a glossy plastic and leather padded earcups. The build quality is superb for an on-ear pair of headphones and the earcups are comfortable.

The biggest problem with the Solo 2 is the fact that they were made only for those who listen to hip hop, rap and electronic/dance music. The “oomph” that one can hear with these headphones is the strong bass that is supposed to compliment the above music genres. The Solo 2 bass prowess was displayed in Mako’s “Beam,” the bass pulsing through my ears and my head bumping up and down. However, when playing any other song that was not of these specific genres, the music was overwhelming. The vocals and treble for Labrinth’s “Jealous” were both too aggressive and strenuous for a song filled with sorrow and emotion. The Solo 2 is priced at about $200, which is quite expensive for an on-ear headphone.

Overall, the Solo 2 headphones are worth the money if you care about the look of headphones or if your music taste is restricted rap, electronic, or dance genres.

Sennheiser has been acknowledged as one of the leading headphone companies in the world. Known for making audiophile headphones such as the HD 598s, the company surprised its customers when it released the Sennheiser Momentum On-Ears. Although the Momentum On-Ears is the miniature versions of the over-ear Momentums, the quality does not decrease.

The Momentums feature a soft code padded pair of earcups and a metal design. The metal design feels and looks more luxurious than that of the Beats By Dre Solo 2’s glossy plastic design, however, the sturdiness of both headphones are about the same. The sound quality of the Momentums is on par with that of the build quality. Trebles and vocals on the Momentums are clear and leveled, with no unnecessary bassy qualities to them. The bass on the Momentums is not nearly as strong as that of the Solo 2, but is not underwhelming either. Acoustics are more natural and full bodied, orchestral sounds are clear and can be picked up easily and trebles are accentuated.

The only trouble is that past Beats users may find the bass sounds underwhelming.  The strong build quality and spectacular sound is priced at about $150, $50 less than that of the Solo 2. The Momentums are an exceptional choice for the build and sound quality for a low price.

The award winning Audio Technica ATH-M50’s received a sibling pair of headphones known as the ATH-50x last winter.  Though they are relatively old, the M50x’s still deserve to be acknowledged as one of the best pairs of over ear headphones out to date. The M50x’s sound is nearly impossible to fault. The delivery of every song is right on, the stereo image is perfect and the balance in tones is unlike that of any other pair of headphones. Neither of the three types of frequencies—bass, midrange and treble—is accentuated in every song because M50’s do a great job of accentuating the right type of frequency for each specific song.

From Sublime’s “Santeria” to Zedd’s “Spectrum,” the M50x succeeded in allowing the listener to hear it the way the artist intended to. No headphones’ sounds are nearly up to par as those of the M50x’s, however, this cannot be said for its design. The M50x’s design is very lackluster and boring, with no customization features, basic colors and a plain logo on both sides of the earcup. The Audio Technica M50x’s are for those who want the very best sound quality they can get and do not care about the design of the headphones itself.

V-Moda has prided itself as one of the top DJ headphone manufacturers in the United States. Popular DJs like Avicii and Martin Garrix use these headphones during their performances. The design of the M100s features diamond shaped, leather laced earcups, a rugged build with a comfortable headband and replaceable metal plates as a customization feature for customers.

Just like Beats By Dre, the M100’s bass is very noticeable and accentuated. However, the difference between the two brands is that the M100’s bass is more controlled and less muddy than that of the Beats. Hardwell, Zedd or any other popular DJ will sound phenomenal on these pair of headphones—the bass is head thumping good. Music with powerful bass and vocals sound just as good. Borgeous’s “Invincible” and Disclosure’s “Latch” produced clear, pristine vocals and perfectly controlled bass.

Even without the bass, the M100s do an exceptional job of bringing out instrumentals. The M100s brought out the instrumentals in Nas’s “Represent”, making the drums and piano easy to jam out to. Acoustics do not sound nearly as good as the Sennheiser Momentum Over-Ears or that of the Audio-Technica M-50xs, but it is by no means not pleasing to the ear.

Though the M100’s are acceptable for those who listen to all types of genres, they are mainly for those who would like to stray away from the popular Beats By Dre and find a new pair of cans that do well to compliment their bassy taste.