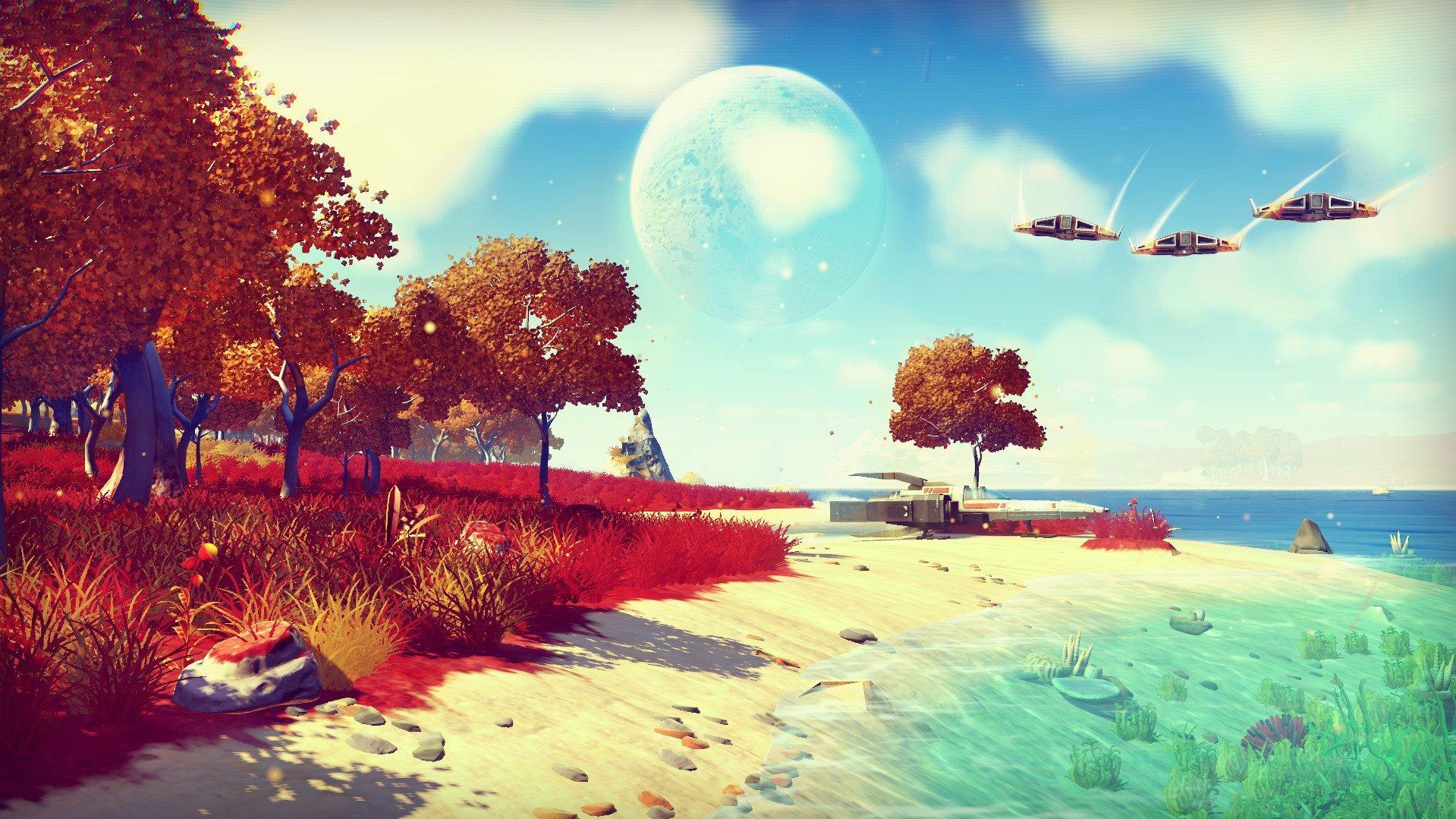 “No Man’s Sky” is an upcoming game that implements procedural generation to create a seemingly infinite amount of exploration.

The debate about the validity or viability of artificial intelligence will always inevitably reach the same, confrontational talking point: “But can the computer create art? I think not!”

However, since the 1980s, computers have been doing just that. The process of procedural generation — basically defined as any software generated artistic content — was initially conceptualized as a way to reduce the size of early video games in order to run them on computers with lacking processing power. Instead of shipping the game with pre-rendered textures and environments, it was actually easier to write complex software programs that would create these aspects on the fly. This used significantly smaller amounts of memory and processing and was adapted in many titles that were too ambitious for their time. Over the years, this concept adapted and evolved into other forms of media and will certainly continue to shape the way content is created far into the future.

As the years went on, computers advanced and storage became cheaper and more available. As a result, games have steered away from methods of saving space in favor of manufacturing everything themselves in the interest of quality control. However, this has two drawbacks — current generation games can often exceed 50 Gigabytes in size, and despite these massive quantities of data can only get so large and detailed before the team behind them either gives up or hits their release deadline. At a certain point, games need to look to the past for the method they need to accomplish their vision: procedural generation. With today’s technology, titles are being developed that are almost infinitely large and complex, all created by the console or computer in real time for players to experience. Games like these are redefining the scope of the medium and exponentially increasing possibilities for the future.

One such example is the upcoming title “No Man’s Sky,” being developed for release on the Playstation 4 console later this year. The eagerly anticipated space travel simulator uses procedural generation to promise almost infinite content — 18 quintillion possible planets that you can visit. The goal of the game is to reach the center of the galaxy, but on the way there’s an entire virtual galaxy of different stars and planets to explore. Each unique world features its own landscapes, wildlife, outposts and even interdimensional portals that can warp you to the other side of space. By managing trade routes, collecting resources and upgrading their ship’s hardware, players will eventually be able to accomplish the game’s ultimate aim, but its creators hope that the universe they’ve written the source code for will be captivating enough to keep gamers coming back just for the sake of pure childlike exploration.

Although procedural generation was born from video games and they hold it’s most practical applications, the process has been used for various forms of media. Legendary artist and producer Brian Eno defined the term “Generative Music” when he released a series of albums all created entirely by software. An entire form of visual and animated art, called fractals, have sprung out of the success of software generated imagery. Fractal design results in infinitely sprawling chaotic patterns that are generated through software feedback loops to create beautifully intricate works that exponentially become more and more complex and compelling. These can either be displayed as still images or videos that show the fractal process unfold, dragging you deeper and deeper down the rabbit hole of colors.