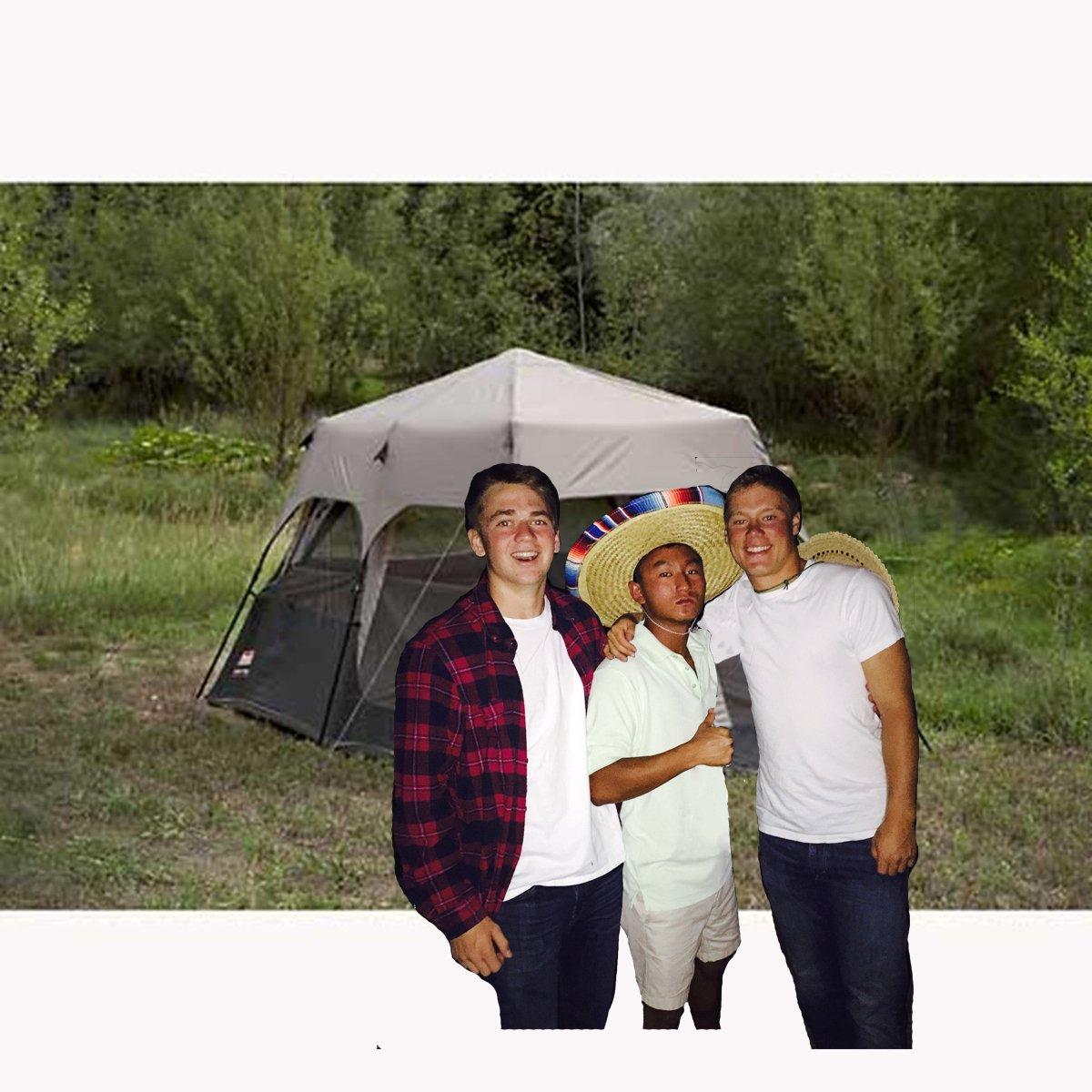 The Phenomenon of Camping

We braved the windy roads leading up to California’s own Little Basin with only hopes and aspirations keeping us from yakking everywhere. We knew what needed to be accomplished tonight. This is our camping bucket list:

1. Literally sleep with someone you are not intimately familiar with. More than one of our motley crew had a friendly sleepover with unfamiliar faces. Those of you imagining this act to be sexual really need to grow up. This item was accomplished completely platonically.

2. Hold and win a dizzy bat tournament (sans alcohol). Owen’s bat was lost among the commune-like tent city that plagued the beautiful Little Basin, so no tournament was held. However, if we may speculate, top choices for winners would be Corey Bicknell (the kid can really spin around that stick) and Steven Blatman (you’d think he’d have found a way to get paid for the way he can hit those soda cans man).

3. Stay awake the longest. Owen accomplished this by not sleeping more than an hour. He was awoken promptly after his hour of slumber by the magical voices of his peers. Witnesses credit him with slowly arising from the back of an unknown truck bed and silently whispering to himself,  “The people, they need me”  before throwing off all clothes and sprinting to the nearest campsite.

The quickest way for Owen to communicate all of his shelter, clothing and nutritional needs was to yell, “I need resources!” Hick Ethan and Steven let his sorry a** into their chic cabin.

4. Not lose anything. I think a more realistic expectation would have been “Not losing more than X amount of items” when X > 5.

Will: Sleeping bag, spatula, shoelaces (don’t ask), and a lot of beverages. William: Jacket, $20, and two 30-racks of Dr. Pepper. Owen: Both socks, blanket, memories. However, Owen also got a pair of better socks and memories so essentially only lost a blanket.

6. Scaring the crap out of people. William, Resident Hick Ethan Jorasch and Owen ventured off into the wilderness in the wee hours of the morning to disrupt the peace. Most chaos was caused by a large object such as a ketchup bottle or water bottle being launched onto unsuspecting tents. Fleeing the scene giddily, we accomplished this task.