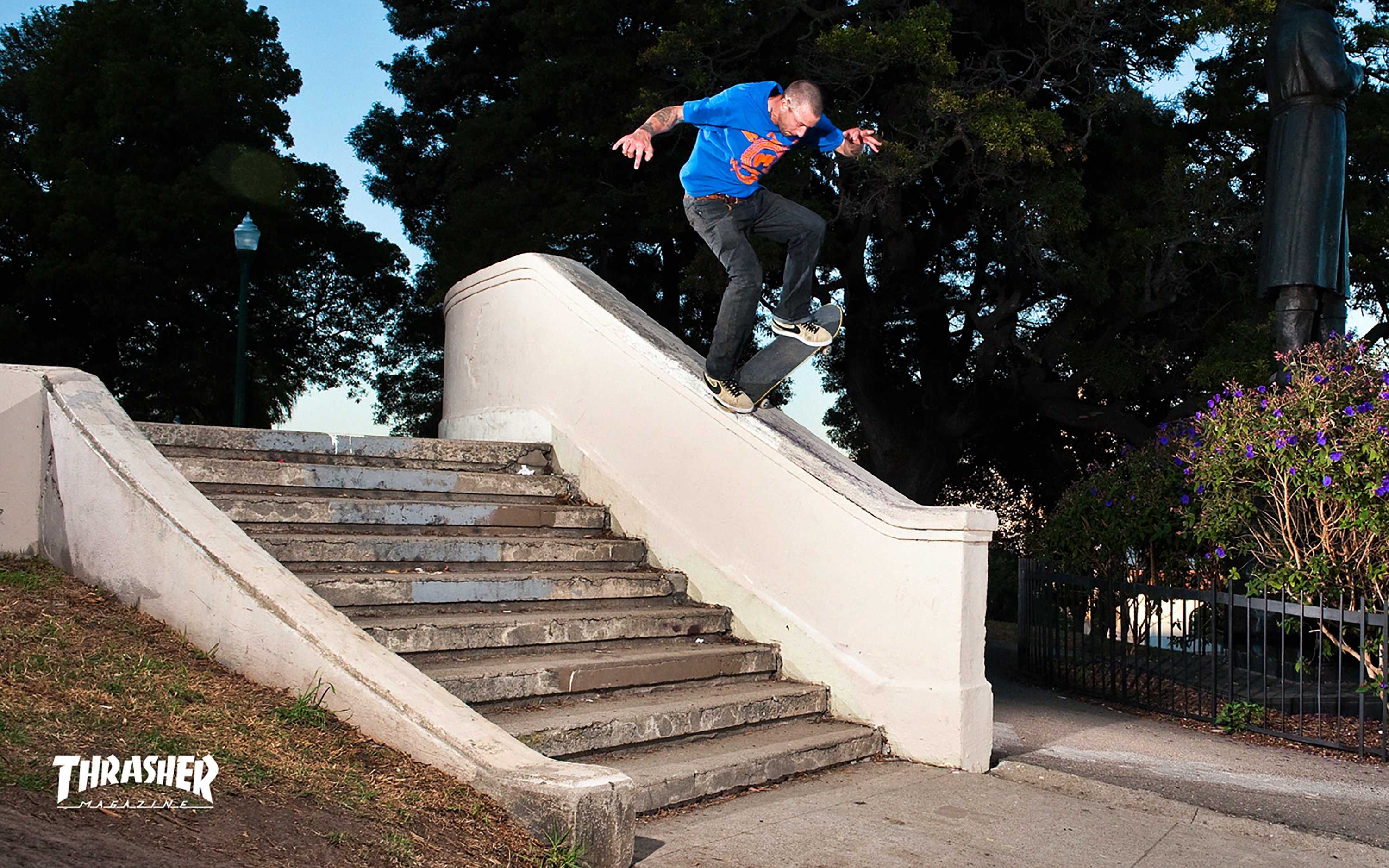 Professional skateboarder comes out as gay

Eli Gwin-Kerr
Lifestyle
October 5, 2016
Skate culture is built on trends, tongue-in-cheek references and homages, but it grows through technical and stylistic progression.

The sport has found its core values in a state of polarization due to large corporations dominating a market that once championed a “by skaters, for skaters” mentality.

In the past several years, one trend has emerged that indicates another direction that skateboarding is taking.

Despite the counterculture edge on which skateboarding prides itself, the homophobia found in other male-dominated cultures is very present. Only recently has heterosexual culture found its way into skateboarding, by way of board graphics and magazine articles.

“[Brian] is like someone who, a lot of people, that’s their favorite skater. All the kids who were sitting there at home thinking, like, ‘Wait, my favorite skater is gay?’ would be forced to decide: what does that matter?” Ed Templeton

“My name is Brian Anderson, I’m a professional skateboarder, and I’m here to talk about the fact that I am gay,” Anderson said.

The 40-year old veteran boasts a long list of accolades, including the title of Thrasher Magazine’s Skater of the Year in 1999. Anderson went from an unknown Connecticut skater to skate-famous after Toy Machine Skateboards’ 1996 video “Welcome to Hell,” which featured other notable pros such as Ed Templeton and Jamie Thomas.

However, the video most famously showcased not only Anderson’s aggressive frontside bluntslide at San Francisco’s Hubba Hideout, but also a caballerial kickflip in a line.Towering well above the majority of skateboarders at 6-foot-3, Anderson is known for his graceful style and powerful execution of tricks. Additionally, he is one of the few skateboarders to make a varial kickflip look visually pleasing — he ended his video part in the 2003 video “Yeah Right!” with a fakie varial kickflip down a set of nine stairs. This cemented his place as the standard bearer for skateboarding style in the early 2000s.

The coming-out video is a combination of interviews from other skateboarders and Anderson himself alongside a montage of his best tricks over his 20-year career.

The coming-out video is a combination of interviews with other skateboarders and Anderson himself alongside a montage of his best tricks over his 20-year career.

After the video’s debut, Anderson’s social media accounts exploded with comments of supportive emojis and hashtags from skateboarders and sponsors alike.

Coming out was a carefully planned decision, according to Anderson, and it took him years to feel comfortable announcing his sexuality publicly.

With a demographic that is so typically young and impressionable, professional skateboarders have a large impact on the identities of those skaters and their outlooks on life.

“[Brian] is like someone who, a lot of people, that’s their favorite skater,” said Templeton in an interview with Vice Sports. “All the kids who were sitting there at home thinking, like, ‘Wait, my favorite skater is gay?’ would be forced to decide: what does that matter?”

Anderson still feels apprehensive about coming out. However, being the major sports star that he is, coming out as gay has never been easier than it is today.