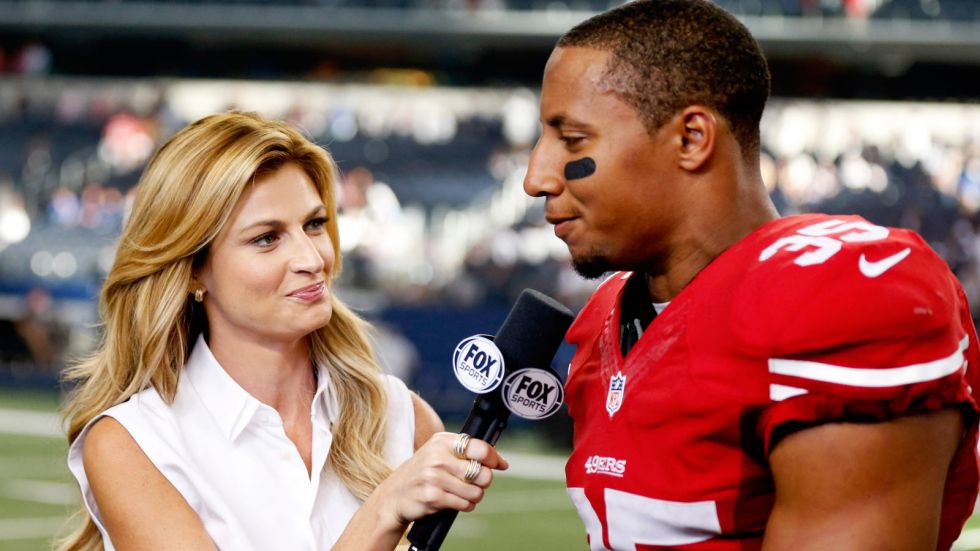 It is no secret that the sports arena is traditionally a man’s world. Title IX — an educational amendment that made it illegal to discriminate against females in athletics — was not passed until 1972. The first Olympic Games with women competing in every event did not occur until 2012. Men’s sports are broadcast more prominently in mainstream media and male athletes are arguably more well-known.

Unsurprisingly, this gender disparity also seeps into sports journalism. In Talker Magazine’s annual ranking of sports journalists, only two women were in the top 100 list. In fact, women make up only 10 percent of sports reporters, according to a yearly report from the Women’s Media Center. Additionally, many of these female sports reporters face an array of verbal, physical and online harassment just for doing their jobs.

Take Julie DiCaro and Sarah Spain, two prominent female sports reporters for online magazine The Cauldron and broadcasting channel ESPN, respectively. A video made by Just Not Sports features everyday men reading mean tweets about DiCaro and Spain to their faces. Some of the tweets are just mildly insulting (“Sarah Spain is just a scrubmuffin”), but others, such as “Go back to the kitchen” or “I hope you get raped again” carry hurtful messages that have a much more personal and devastating effect.

Although DiCaro and Spain are perfect examples of this type of harassment, it is not unique to them. Ann Killion, an award-winning sports columnist for the San Francisco Chronicle, has faced very similar challenges here in the Bay Area.

When asked what types of harassment she has faced, she replied,

“All kinds. About my looks, my sexuality, my gender. Death threats. Rape threats. Go back to the kitchen and cook me breakfast threats. I’ve also been harassed by co-workers and athletes. . .One of the weirdest was when someone in my printing production (at the Mercury News) gouged the eyes out of column photo. The worst is when they mentioned my kids’ names or seemed to indicate that they know where I live.”

So what is being done to combat this problem? According to Killion, not much. By handling the harassment herself, she has gotten a few results.

“A lot of times if you respond directly they back down and apologize,” she said, adding that “Usually I’ll ignore, delete, block. Sometimes I’ll respond or retweet just so people can see the level of abuse women in my position get. The best thing with trolls is probably to ignore them.”

However, when she reported the issue to the security at her paper, she found that there was little they could do to address anonymous harassment.

“I have reported to Twitter [as well],” Killion said. “I received pretty unsatisfactory responses, which is one of Twitter’s biggest problems.”

Reporting online harassment to the police sounds like a good idea in theory, but does not always work out in practice. A 2014 article in The Atlantic called “What the Law Can (and Can’t) Do About Online Harassment” reveals that many laws regarding harassment are out of date or don’t necessarily apply to the internet, and police precincts may not have the knowledge or resources to be able to navigate the cybersphere. Only a few states — California included — have laws concerning online harassment specifically, and even then lawsuits can be complicated and expensive, with suboptimal results. Danielle Citron, law professor and author of the book Hate Crimes in Cyberspace, has only found three or four cases where victims were able to successfully sue their harasser. For states without similar laws, there is little that can realistically be done to help victims.

Although no one denies that male sports reporters receive hurtful or threatening messages as well, the tweets aimed at women are different, often criticizing a reporter’s appearance or sexuality. A report on online harassment conducted by the Pew Research Center found that women ages 18-24 are disproportionately affected, and they are far more likely to experience sexual harassment, threats and cyberstalking than their male counterparts.

Instead of commenting on a reporter’s talent, many of the tweets sent to female reporters feature objectifying comments about the women’s appearance, along with degrading sexual comments and threats of rape or death. Comments such as “Go back to the kitchen” are also unique to women and highlight a very important difference between harassment of male and female sports reporters: when female sports reporters are harassed, it is not necessarily their talent that is in question — it is their very right to report on sports.

So what drives this harassment? Is it due to men’s intimidation because women are integrating into a traditionally male space? Is it fueled by the anonymity of the internet? Why is it that after decades of women participating in sports, we are still not welcome? The true cause is not clear. Despite this, what is obvious is that there is no easy fix for workplace or online sexism. Harassment against female sports journalists will not simply go away because we want it to. But perhaps the first step is looking beyond the exterior — looking past the “Hottest Female Sports Reporters” and paying attention to what actually matters — the game and the unique perspectives that both male and female reporters bring to the field.