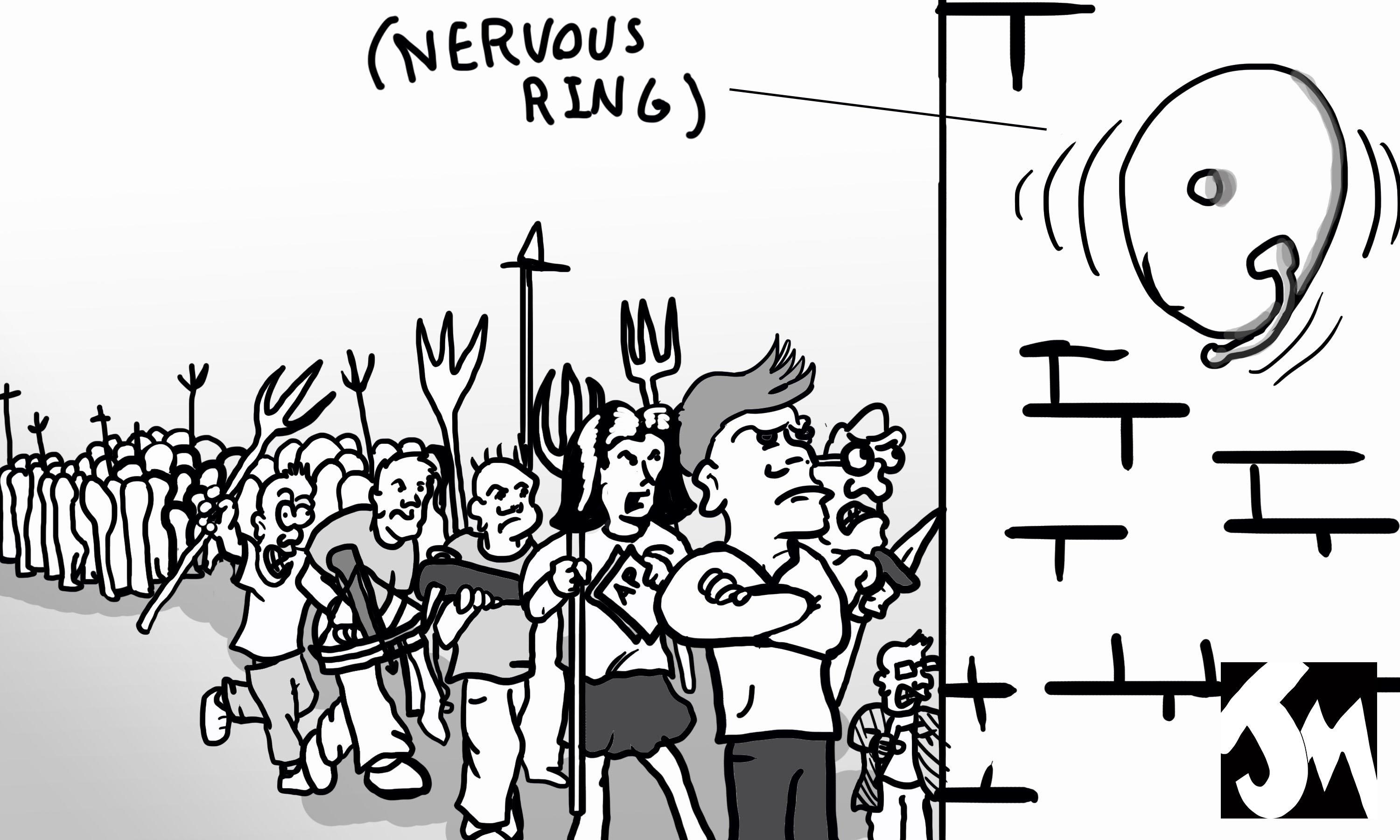 Over and over, the soul-crushing and heart-shattering siren calls students out of their comfortable places within the enchanting walls of learning.

These fire alarms pry students from their aspirations and force them to spend a moiety of their inimitable time baking in the hot summer sun while standing ankle deep in black pellets of impending cancer.

April 24 marked the start of a harrowing week for Paly students who enjoy learning, when many hapless seniors and juniors were mired in Advanced Placement (AP) finals. After a year of hard work and a few hours of haphazard cramming, they were ready. However, Paly had other plans. During the week, the campus fire alarms went off four times. However, none of the alarms signified an actual fire.

Instead of the halls being filled with silent students shuffling towards the field in an orderly manner, each fire alarm was greeted with screams of frustration. Most students took precious seconds to place their notebooks and pencils in their backpacks before strolling out of the classroom talking with their friends, and did not account for the possibility of an actual fire

The most recent string of false alarms is not a first for Paly students and did not account for the possibility of an actual fire. Paly students have been battered by false alarms from the start of the year — mostly as a result of the construction on the new gym.

The gut instinct for students is to point their fingers at the administration and say, “Fix the dang alarms.”

And, for the most part, administration has addressed the problem. Over April 24 and 25, they identified the faulty wire that was causing the alarms and fixed it. However, administration needs to be more attentive to the presense of false alarms. One or two a year is tolerable. Four in one week is ridiculous.

The danger is clear — very few Paly students take fire alarms seriously. As evidenced by the past alarms, students take the luxurious time to pack their “essentials” before leaving the classroom. Most students reason that in a “real” fire they would be much more focused. However, most deaths are rarely due to the actual fire, but are rather caused by the carbon monoxide emitted by the smoke. Carbon monoxide is an odorless, colorless gas. In the time it takes students to put their notebooks in their bags, they might begin to have trouble breathing. By the time they try to run down the stairs, it would already be late. Carbon monoxide steals oxygen away from hemoglobin protein and the victim would pass out within two minutes.

The danger of fire is real, and the carbon monoxide it causes is perilous. The fact that most students no longer acknowledge the alarms is alarming. The administration needs to reconsider the alarm system as a whole — obviously it is flawed and rarely predicts actual fires. Students also need to take the alarms more seriously or at least distance themselves from the buildings before relaxing and joking.