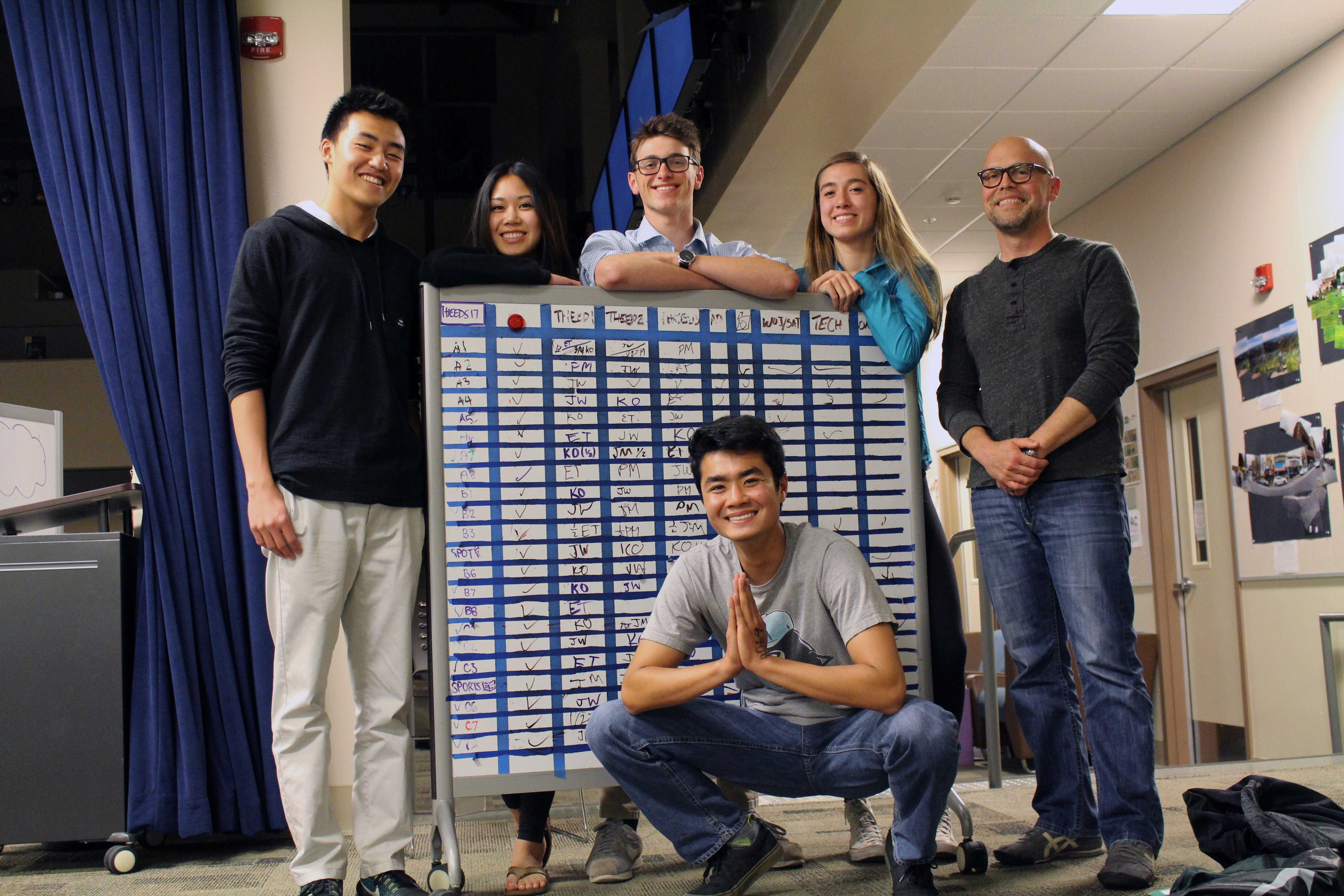 Now that our five esteemed Editors-in-Chief (Theeds) of The Campanile have relinquished their Theedship, what’s next in their lives? Spoiler: only some of them peaked in high school. Let’s fast forward a couple of years to find out what they’ve been up to.

We thought it best to start with our very own Southern belle: Jessica Wong. After spending four years in the heart of Tennessee at the highly-esteemed ivory towers of Vanderbilt University, Wong became completely immersed in Southern culture. Following a fruitful college experience, during which she made many lifelong friends in Hank house, she decided to pursue a career in Nashville’s thriving music industry, which has been responsible for the “music careers” of some of her favorite artists. She now works as an agent for country artists.

“I have a lot of experience, um, interacting with the target demographics of country music,” Wong said in her Music Row office. “I think this gave me a considerable advantage in identifying the next big country stars.”

Next, we caught up with Ethan Teo back in the Bay Area. He is seen greeting customers at one of the stores of his successful boba tea franchise. Teo’s inspiration for this comes from his high school pet peeve: mispronunciation of his last name.

We found Kai Oda at a local surf shop, sporting a Billabong bro tank, pink swim shorts and Birkenstocks. Oda barely had time to interview with us, as he explained, due to commitments such as “shredding the gnar,” and “ripping fat ched.”

His perfectly-tanned abs serve as the most excellent of complements to his frosted tips, which dance in the wind with a truly Oda-esque elegance. The man who hopped from one dance date to the next in high school is now happily married and the proud father of six lovely children, each named after a member of the beloved Theeds16. Instead of shaking hands with us, Oda proceeded to perform a 20-step handshake followed by the longest “suhhh dude” the world has ever heard.

We then go halfway across the world to find Peter Maroulis in Moscow, where he is currently pursuing a relationship with the withering Vladimir Putin himself. His minor in Russian Studies seems to be paying off, as he is effortlessly winning Putin’s affection. Maroulis utters something in Russian and we are immediately escorted out of the building.

Lastly and certainly most heinously, we catch up with “Big Wacky” Jacky Moore during halftime at the National Basketball Association (NBA) Finals. Moore appears to have successfully terminated the Womens National Basketball Association (WNBA) using only a phone call, a paper clip and a piece of string. Following that, she was recruited to be a point guard for the Warriors, earning herself the title of the second woman to play in the NBA, after Lauren Klass (Theeds16).

“I like to call myself a ‘Woman Warrior,’” Moore said. “We should all be warriors — warriors for women’s rights. #freethenipple.”

Theeds17, wherever life will take you — good luck, and we’ll miss you.