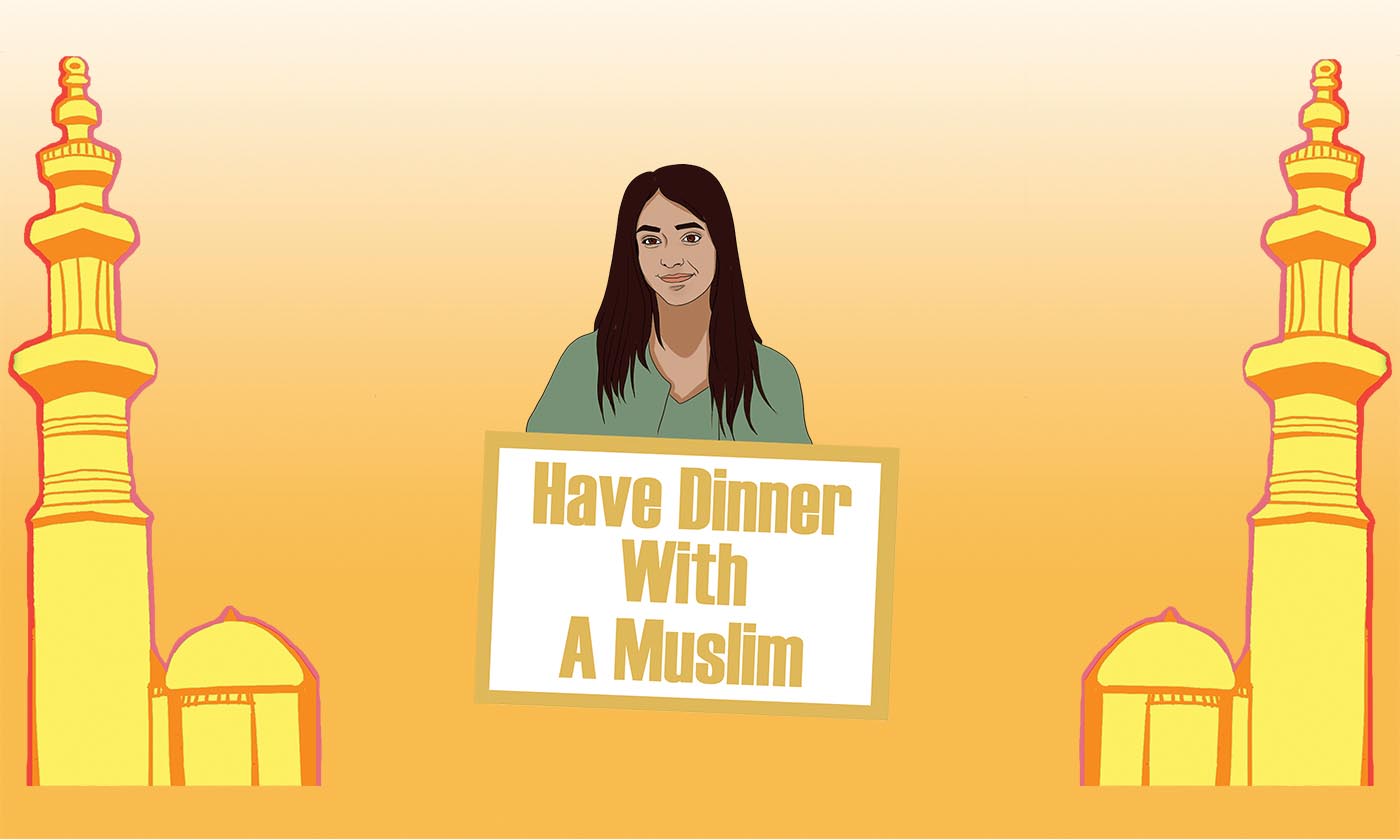 Yusra Rafeeqi’s Muslim Initiative: Have Dinner with A Muslim

Vivian Feng
Lifestyle
May 17, 2017
Incentive
The current xenophobic attitudes and disputes regarding immigration policies have catalyzed much of the U.S. population to post any and all political mumblings to the Twitter battlefield. Yet, those who are xenophobic are often unwilling to listen to the opposing argument or look for a means of compromise. In response to this hotly-contested controversy, sophomore Yusra Rafeeqi started the initiative “Dine with a Muslim Family” in order to dispel misconceptions about Islam and help the Muslim community assimilate into the American society.

Groups of American citizens such as Muslim-Americans and Latino-Americans are at the center of the polarizing debate over immigration. Through their initiative, Rafeeqi’s family welcomes those from around the San Francisco Peninsula to join them for a homemade Middle-Eastern cuisine. “Dine with a Muslim Family” aims to invite and spark conversations with locals about the injustices that Muslims often face, as well as shed a light on how regulations like President Donald Trump’s travel ban negatively affect the Bay Area communities.

“I [wanted] to [start the initiative] because I want my community to know [Muslims] as Americans and not terrorists,” Rafeeqi said.

Many Muslims have experienced abominable acts of discrimination, such as service refusal and xenophobic remarks. Rafeeqi and her family have had first-hand experience with anti-Muslim behaviors, so false stereotypes about Islam hit close to home. Rafeeqi herself was inspired to pilot this initiative after bearing witness to discriminatory acts against her sister and mother.

“My sister wears a headscarf, so it is more prominent to people that she is Muslim.”

A hijab is a headscarf that some Muslim women wear. Oftentimes, Muslims depicted in the media wear hijabs, thus making them a well-known attribute that can be used to identify them. One specific experience angered Rafeeqi, when her sister was verbally attacked in a public park by men based on her appearance and assumed religion.

“[My sister] took her one-year-old daughter to the park and she was approached by a group of males that started shouting that she was a terrorist and a rag-head and telling her that her daughter would be a part of ISIS (Islamic State of Iraq and Syria),” Rafeeqi said. “Stuff like that made me really angry and made me want to change the perception of Muslims to all Americans.”

Rafeeqi believes that anti-Muslim comments like the ones her sister encountered are the results of a misunderstanding of the personal connections pertaining to the Muslim community.

Within the past few years, the terrorist group ISIS, who claims their acts are based on the Koran’s teachings (the Muslim Holy Book), has gained an abundance of media coverage. Due to the fact that ISIS has had an increasing amount of much media coverage, many Americans forget that most Muslims do not actually support ISIS and are not a part of its cause. In this way, Muslims are often perceived as terrorists or dangerous people. However, they are obviously not at fault for the actions of ISIS. This misconception needs to be elucidated and modified immediately to ensure the safety and proper assimilation of Muslims into our society.

Rafeeqi and her family are one of many Muslim-American families who struggle with the discriminatory remarks made by those who stereotype all Muslims as terrorists. By inviting others to her home, she hopes of forming an intimate connection with each of her guests and to spread knowledge and clarify the true teachings of Islam.

“[People who support the Muslim ban] don’t know us; they don’t know what Islam really is. They see these things about Muslims and terrorists and they think we’re terrible people. People should get to know Muslims. People should educate themselves on Muslim-Americans and how we are apart of the American community.”

The setting for Rafeeqi’s initiative  — a home-cooked dinner in her family home — was a very deliberate decision in itself. The comfort of sharing a meal together brings neighbors from all backgrounds together to converse and recognize that everyone, from Muslims to Jews, is united as a single, collective American people. By fostering a more united group of people, Rafeeqi hopes to teach her community that religious or racial stereotypes within the country must be eliminated.

The meal cooked by Rafeeqi’s mother further personalizes the experience and makes it more intimate. In hopes of expanding this effort, Rafeeqi aspires to encourage her friends of Muslim background to support her idea by helping with cooking and preparation or by publicizing the initiative and potentially starting a lunch club at Paly.

Rafeeqi plans on continuing to invite people to her abode to learn more about Islamic culture. Since the terrorist group ISIS claims that their actions are based off the teachings of the Koran, the media focuses on that one particular destructive interpretation of Muslim culture, instead of off publicizing the general Muslim interpretation of their holy book. By focusing on how detrimental ISIS has been, people who are not knowledgeable about Islam assume that all Muslims associate and support ISIS, which is not true.

Rafeeqi’s initiative takes a step to try to  help people realize that the generalizations about the Muslim community simply are not true. Dinner is the setting where guests break bread with their hostess and feel open to converse about Muslim discrimination.