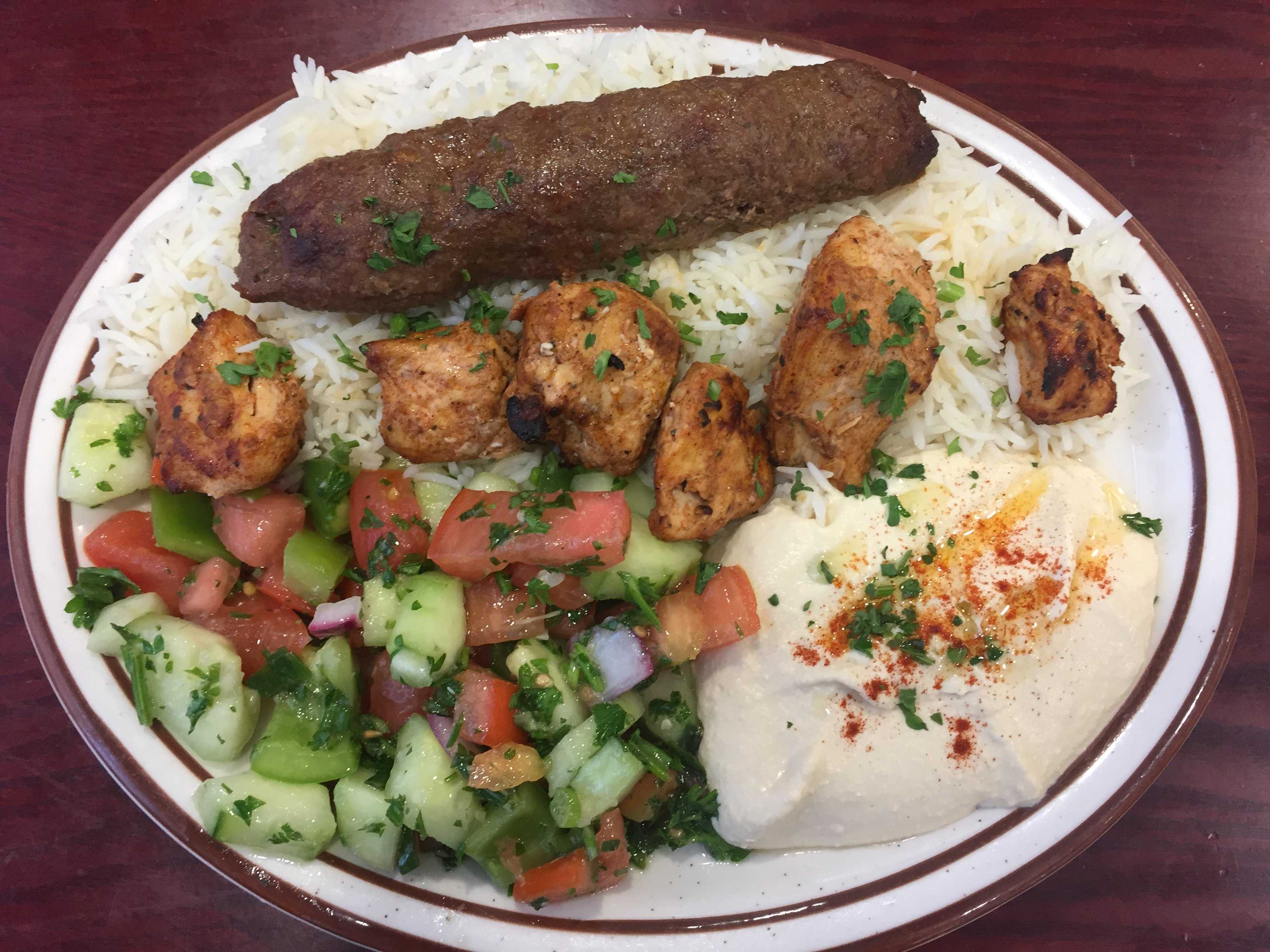 Ever thought that eating healthier meant missing out on all the wonderful flavors in the world? One of the most common misconceptions of eating a healthy diet is that it is restricted to bland, tasteless food.

But the beauty of food across the world’s cultures is that every cuisine contains rich nutrients and benefits — you just have to choose the right dishes.

It is widely known that Mediterranean cuisine is one of the healthiest diets worldwide. Foods from regions in Greece, Turkey and Italy have been known to help maintain a healthy weight and reduce disease-causing inflammation, a constant immune response incited by eating certain foods too frequently.

Although it has been around for thousands of years, the Mediterranean diet was not recognized for improving heart health, losing weight easily and aiding with other health issues until the 1990s, according to a study done by Harvard doctor Walter Willett.

But what actually makes Mediterranean food so healthy? For starters, the base of the diet is filled with tons of anti-inflammatory foods like tomatoes, fish and leafy greens, then built upon plant-based foods and healthy fats.

The copious amounts of olive oil as well as the limited amounts of sugar and processed foods increase cancer prevention.

Nutritious Mediterranean dishes include salads, pastas, breads, soups and more. A special dish known as “Taramasalata” is comprised of a salted and cured type of fish, usually cod, carp or grey mullet, mixed with olive oil and lemon juice with almonds or vegetables such as potatoes as a side.

From healthy, fresh ingredients, this dish is a perfect representation of the tasty Mediterranean cuisine in all its glory.

Another food cuisine that is tasty yet healthy is the Japanese cuisine, which includes large amounts of rice, fish and a vast variety of vegetables.

The Japanese have some of the longest life expectancies in the world due to a reduced risk of early death and cardiovascular disease influenced by eating a Japanese diet, according to a study done by the British Medical Journal in 2016.

Because of the country’s proximity to water, the Japanese diet includes large amounts of fish and sea vegetables, packed full of health-boosting minerals.

It also includes an abundant amount of tea, a tradition with  tremendous links to prevention of cancer, viruses and heart disease.

The Japanese are also popular for their attitudes to portion control. They live by the famous saying, “hara hachi bu,” which warns one to only eat until they are 80 percent full.

Elizabeth Spector, the Wellness Coordinator at Paly’s Wellness Center, experienced the Japanese food culture while living in the country.

“It was amazing,” Spector said. “The food was unreal; it was so good. There were some dishes that were unhealthy, but overall the food felt very clean.”

Spector said that one of her favorite memories was going to the Tsukiji fish market in the mornings.

“I remember getting the freshest sushi of my life at 6 a.m. That was the best, and also walking around the market and seeing all the types of fruits and vegetables people had to offer.”

According to someone who has experienced Japanese food in its truest form, it is safe to say that the Japanese may have some of the healthiest eating habits in the world.

Vietnamese food is a great way to boost immune systems, aid in weight loss and provide energy. The salads and soups in the Vietnamese diet are full of vitamins and protein with antioxidants that delay aging.

Their foods are flavored with herbs and spices instead of oils and dairy, and are packed with fresh vegetable and fruit.

Dressings and sauces are also low in calories, covering all the dietary needs of protein, lipids, carbohydrates, vitamins and minerals.

Much like the Japanese, the Vietnamese way of eating also improves digestion and assimilation of nutrients through the  use of chopsticks, which allow for savoring one piece at a time, and multiple dishes and the sharing of food with several others

A good example of a well-balanced Vietnamese dish is the famous and delicious “pho.”

One of the most popular Vietnamese soups, this dish contains healthy proteins — usually beef or chicken — carbs, some fat, lots of water and fibers, vitamins, minerals and antioxidants.

The Mediterranean, Japanese and Vietnamese cuisines have a lot to offer. But that doesn’t mean that the rest of the world doesn’t.

“Being open to trying new things was really important,” Michael said. “But there is a large fishing industry there, and one of my favorite dishes was a whole grilled fish that they would stuff with herbs and ginger and garlic.”

Michael said it was difficult finding foods and dishes she enjoyed but said it is important to look and try different things to see what you liked.

“The best part was that there was a tropical fruit stand at every corner,” Michael said. “On your drive home from work, you would get someone to cut up the most amazing pineapple and passionfruit and mango for you.”

Another perspective comes from junior Micaela Wong, who said she eats healthy because of being an athlete for the Palo Alto Soccer Club.

“I think that it is important to get all the nutrients you need to play well and perform your best, specifically fruits, vegetables, and protein.”

She says that one of her favorite food choices is Indian food.

“It’s generally a really flavorful healthy choice because it incorporates many healthy spices like turmeric, and plant based proteins, like lentils,” Wong said.

Indian cuisine is known to contain a great source of proteins, vitamins and calcium in a range of vegetables and superfoods.

From Greece to Vietnam and from Japan to West Africa, there is a diversity of cultural foods, all with distinct tastes, ingredients and health benefits.

It is important to note that the fresh versions of the foods provide the most sustainable way of eating and that eating inauthentically often will not provide a genuine experience.

So, if you wish to experience the benefits of a certain cuisine, remember to eat authentically and from a wide variety of cultures.