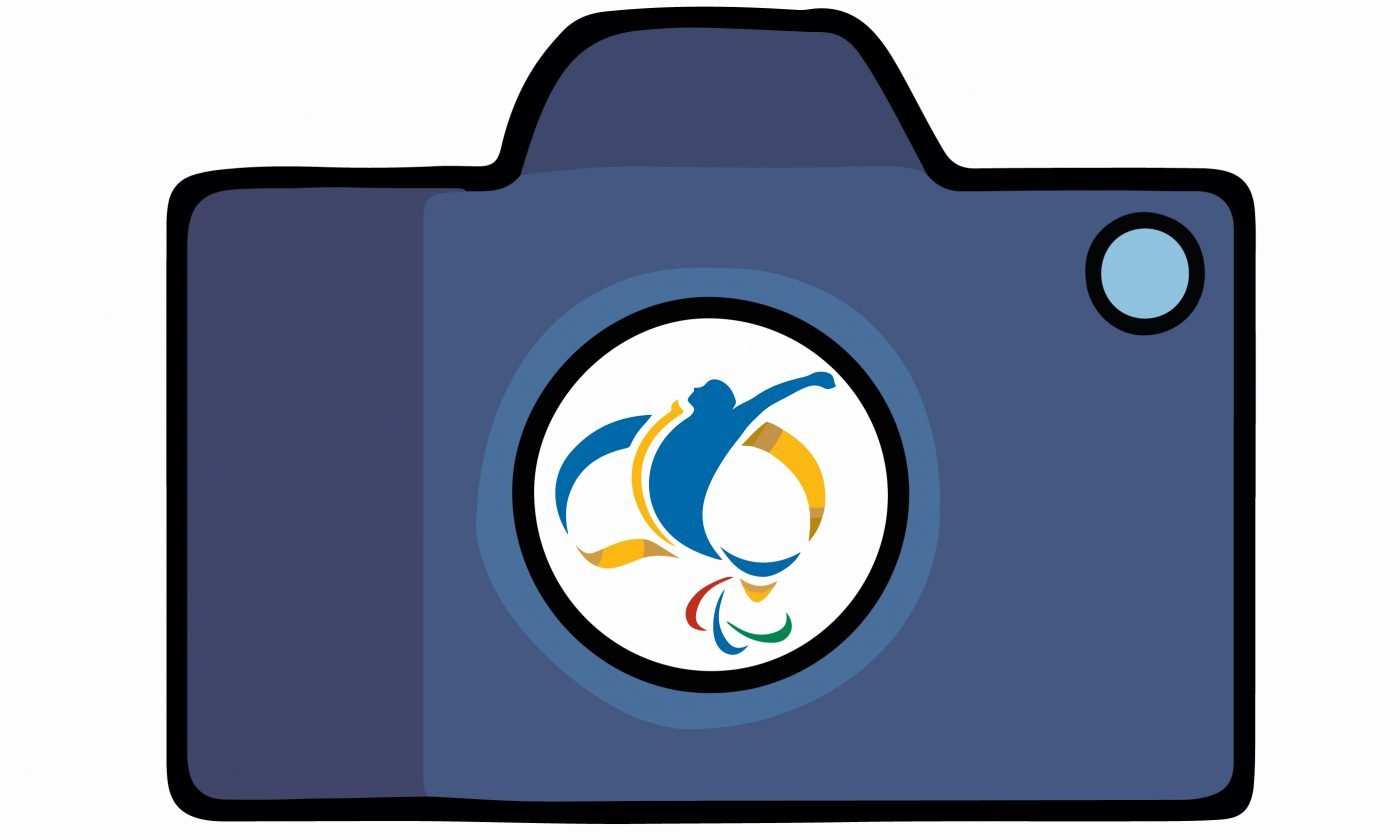 The Paralympic Predicament: Overshadowed and Undervalued

In 1984, New Zealand archery athlete Neroli Susan Fairhall became the first disabled athlete to step out of the Paralympics games, which were designated for those with disabilities, and proceed to participate in the Los Angeles Olympics Games. Fairhall, injured from a motorcycle accident which paralyzed her below the waist, proved athletes with disabilities are just as capable as their able-bodied competitors. Although 14 more athletes with disabilities have participated in both the Paralympics and the Olympics since Fairshell’s debut, which brought attention to the Paralympic Movement, disabled athletes still face misunderstandings, biases and challenges from modern-day media.

Sports for athletes with physical disabilities did not emerge on a large scale until the end of World War II, as a byproduct of the massive number of disabled war veterans. In a time where war had ravaged everything, sports became a symbol of nationalism for recovering countries.

The Paralympics initially took place in the same time frame as the Olympics. According to the official website of the Paralympic Movement, in the 1960 Rome Summer Olympics, 400 disabled athletes from 23 countries participated in Olympics-style events. The series of Olympic games featuring mostly amputees was later dubbed the “Paralympics,” using the prefix “para” to refer to paraplegic.

As more athletes with different types of disabilities started to join the Paralympics, “para” started to be defined as “parallel” among the public as an event to run parallel to the Olympics. Since then, the Paralympics have replicated the style of the Olympics in terms of format and selection for the team.

“The Paralympics are essentially the same format as the Olympics, and it’s an honor to go, because we get to represent the U.S. as a country,” said Amy Watt, a long-jump athlete from Palo Alto who participated in the 2016 Rio Paralympics. “I definitely wanted to go, but it’s based off of my performances at the tryouts. I was able to be selected for the team, and it was obviously a huge honor just to go to represent the USA.”

Over the course of three decades, the Paralympics have taken steps to differentiate themselves from the Olympics. Paralympics usually takes place three weeks after the Olympics and athletes with disabilities have to comply with official Olympics rules and cannot use assistance or special equipment, just as if they were to participate in a regular Olympics game.

“While the Olympic Movement seeks to develop elite sport, logically an exclusive orientation, the Paralympic Movement regards one of its roles as promoting ‘the concepts of health and human rights for athletes with a disability,’ a much more inclusive approach,” former Paralympian Cheri Blauwet said.

Since the Paralympics are not associated with the Olympics, it receives far less attention and media coverage than the Olympic games.

As a result, the television broadcasting arrangement of the Sydney Paralympics were not settled until March 2000, when the Australian Broadcasting Corporation, which was the state broadcasting station, took on the job.

Additionally, unlike the 24-hour free coverage of the Olympics, ABC only aired short-period highlights and ceremony.

The reluctant attitude of broadcasting channels has not wavered. According to Watt, recent Paralympics games, such as the Rio Paralympics, were broadcast online, and unlike the Olympics, were not subjected to copyright protection.

The Pyeongchang Winter Paralympics are approaching in March, but with the absence of Russian athletes and the introduction of North Korean competitors, the Olympics have experienced difficulties in attracting public attention. As of Jan. 21, approximately a week before competitions, the Pyeongchang Olympics have only sold 69 percent of its tickets, according to American television channel CNBC. As such, the situation for the Paralympics does not seem optimistic.

“I have not watched a lot of winter Paralympics games, mostly because they are not aired on television, so it’s kind of hard unless you go,” Watt said. “If it is aired, it definitely does not receive as much attention as the Olympics does, because I have never been able to find it.”

According to data collected by researchers at the University of Calgary, from 1955-2012, there are 10,487 visible articles about the Olympics on The New York Times but only 246 articles regarding the Paralympics.

“I think at least personally, sometimes people see that all the Paralympians have disabilities and kind of focus on [their disabilities], and don’t really focus on the work they put in,” Watt said. “They do kind of glance over that, like oh well, you have one leg, and you’re running, that’s amazing, but I think it’s even more amazing on top of that, they’re able to train and get to the level that they are.”

Watt is one of many examples of athletes who do not fit the stereotype. Although having only one arm, she was raised in the same fashion as other children. Watt said her mother signed her up for soccer and dance teams, and in her sophomore year, she joined Henry M. Gunn High School’s track and field team. Watt said she always thought that she was as good as her peers,  and  that having one arm did not hold her back from joining and excelling at competitive sports.

According to Watt, for people who do not have a disability, it is difficult to conceptualize the actual experiences of Paralympic athletes.

“I have one hand,” Watt said. “If I do something, then other people will say wow, that’s so difficult, it’s amazing that you can do it, but for me, since I’ve grown up only knowing how to operate without an arm, it doesn’t seem hard. People see that things they think are hard. For me, I do things without my arm every day, and they don’t seem that hard for me. And sometimes there’s more focus on aspects like having one hand, over just working hard and having a talent.”

According to the study done at the University of Calgary, negative terms relating to disabilities such as “injury” and “disabled bodies” have been used for more than 200 times in articles about the Paralympics.

Consequently, the media’s portrayal and emphasis on the disability of athletes have influenced public perceptions of the Paralympics. Watt said she thinks Paralympians were treated differently than Olympians in some regards. When Watt stayed at the Olympic village in Rio, volunteers frequently asked her whether she needed special assistance.

“Although that is a nice act, oftentimes we know how to deal with our disabilities and do things without help,” Watt said. “I guess that while they’re working with Olympians, they wouldn’t ask to do the same thing.”

Despite stereotypes, misunderstandings and the lack of attention towards athletes with disabilities, the media has also paid large efforts for rapid improvements in the Paralympic Movement. The numbers of countries participating in summer Paralympics have grown from 68 in the 2000 Sydney Paralympics to 159 in the 2016 Rio Paralympics.

Additionally, according to media monitoring platform iSienta, Australian news media coverage of the 2004 Paralympics games in Athens published approximately 19,666 stories through radio, television, print and online media outlets. This number grew to 31,986 instances of coverage for the Beijing Paralympics in 2008, and then more than doubled in the 2012 London Paralympics games, reading a staggering 63,343 publicized stories.

Although media outlets have heavily emphasized the disabilities of Paralympic athletes when it comes to reporting, some reporters said there will be an unavoidable differences between reporting about the Paralympics and mainstream sporting events.

“We’re working with our athletes to sell a product, to open the door to what we do,” an IPC media and communication team manager said in a project done by researchers from the University of Sydney. “We want you [the athlete] to talk about how you got here, what this means to you. We don’t want people watching at home who have just watched football to then turn over to the Paralympic Games and hear a Paralympic athlete giving the same rehearsed interview that a footballer just did.”

Similar viewpoints suggest in order to cater to the interests of the general public, there have to be unique qualities in a Paralympic athlete to capture audiences’ attention; therefore, it is hard to dodge the heavy emphasis on the athletes’ disabilities.

“Mostly I think [the Paralympics] are really cool opportunities for both athletes and viewers,” said junior Annie Tsui. “I think Paralympians are much more athletic and have much more commitment than most Olympians. The sheer dedication it must take is amazing, and it’s really unfortunate that these athletes often get overlooked. If you look at what they are really doing, Paralympians are just so impressive, and I really think they should garner more support for it.”

For many athletes, the most important aspect of the Paralympic Movement is that it carries the responsibility and the significance of broader social and political movements for people with disabilities, which creates multiple dilemmas for mainstream media that cannot be solved in a short period. On one hand, media platforms have to ensure exposure to the Paralympics games. On the other, they need to avoid sensitive topics such as stereotypes.

“I think there is a fine line between noticing [the disabilities] and just putting all the emphasis on it,” Watt said. “There is a grey area on it. Noting the disability is beneficial in some senses, because we have had to work hard to overcome the disability, but just the disability on its own doesn’t define what we can and cannot do.”

In light of the increasing popularity of the Paralympics games and the momentum for rights of people with disability, the idea of integrating the Paralympics into the Olympics has emerged.

Although appealing, such suggestions will bring about more complications between the IPC and the IOC, since the two international sports committees have been running parallely for over half a century.