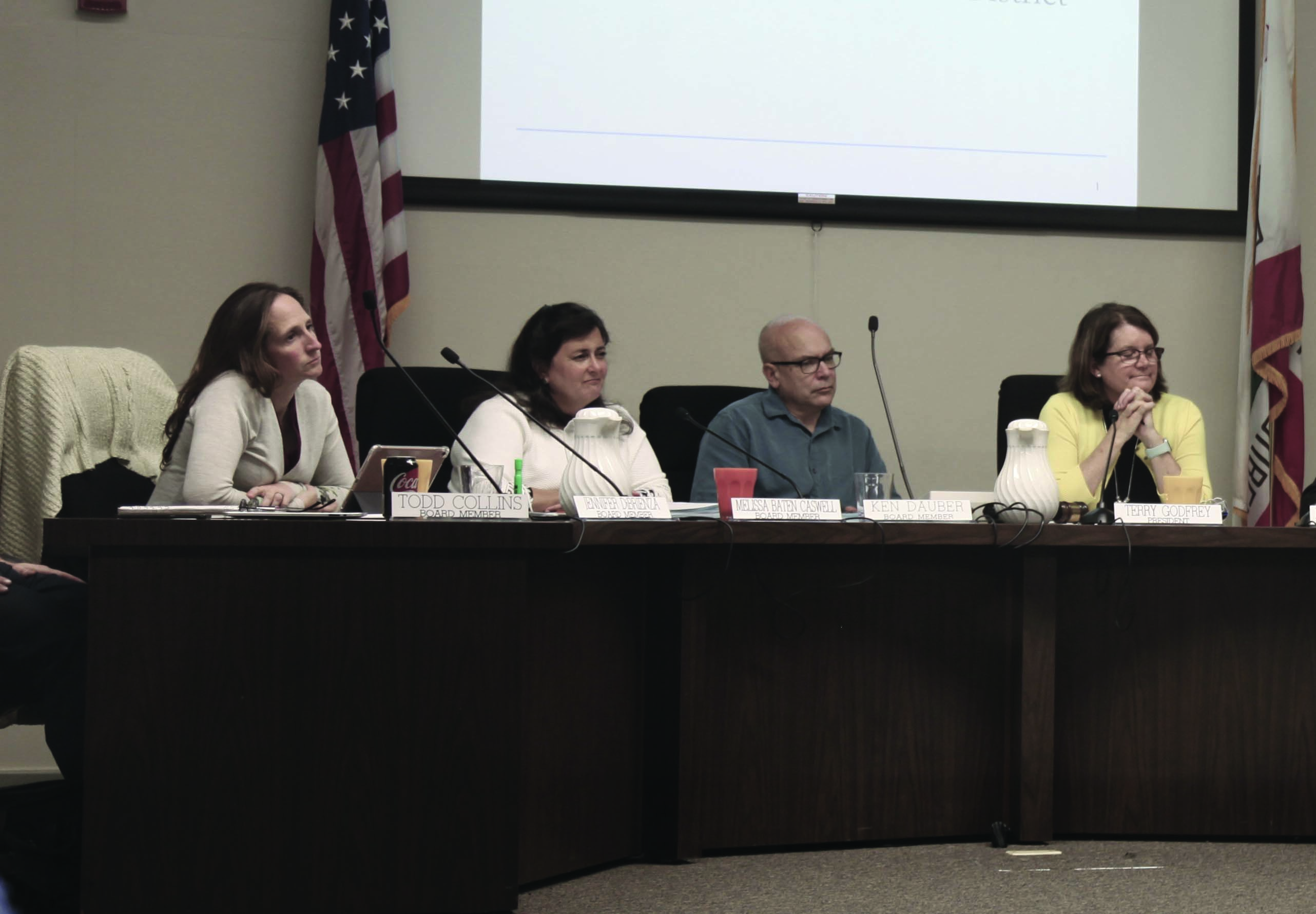 With two seats in the Palo Alto Unified School District (PAUSD) Board of Education opening up in November, lawyer Shounak Dharap and Palo Alto parent Kathy Jordan have announced interest in running. While Dauber has stated that he will run for his second term in the fall, Godfrey has announced that she will not.

Dharap, who has officially declared his candidacy, is a 2008 Gunn High School graduate who is looking to use his experience as a student in the district and unique perspective as a lawyer to improve the District.

“I’m a product of Palo Alto schools. I went to JLS and went to Gunn and my wife went to Ohlone, JLS and Gunn as well and so there’s a sense of responsibility, a desire to give back. I have very strong ties to the community. As my wife and I want start our own family here, we want to be able to bring our future kids to the schools that we went to knowing that I did everything possible to give them the best opportunity for success.”

Dharap felt an urge to run due to the lack of engagement currently on the school board. His goals, if elected, center around three main issues connected to increasing engagement. The first of these issues is the lack of student empowerment in our district, especially in regards to elective courses.

“ One is, I’d like to see more focus on student empowerment,” Dharap said. “I’d like to see elective courses and extracurriculars given the same weight as other classes culturally speaking and we can do that through curriculum. For example, perhaps we can wait more elective courses so that it will incentivize students who do care about being able to get a boost in their in their GPA, maybe they’ll take those classes spark a passion.

Dharap’s second issue is the lack of alumni and community collaboration with the school district.

Dharap’s last issue is the need for administrators to better equip teachers and students for success.

Dharap believes he is uniquely suited for a board position because his experience as a student in the District would allow him to understand what current students are going through.

“The perspective of somebody who’s been there, who’s been through these policies, is something that nobody else in the Board has because they didn’t attend school here so that’s that’s the biggest thing that I offer,” Dharap said. “The other [thing I offer] is a younger perspective, which is very important because I’m closer to [students] know what [students] went through and that helps me kind of see things the way [students] see them.”

Jordan, who has been outspoken about the problems in the district, said in an email that she is thinking about running for the school board and has had a number of parents urge her to run. Jordan believes there are systematic problems in the school district and wants to change that.

“As you may know, there are systemic problems in the School District, with continued civil rights violations as well as fiscal mismanagement,” Jordan said. “To me, accountability has to start at the top. I care deeply about our students and how the District is run, these are our children and these are our tax dollars.  I think our community deserves better.  That’s why I’ve devoted so much of my time to try to change things, and bring badly needed reform.”

Like Dharap, Jordan feels compelled to run due to a personal connection to the District.

“One of my daughters graduated last year from Paly and the other is still in the District,” Jordan said. “I want all of our children to receive the best education and the best experience possible.”