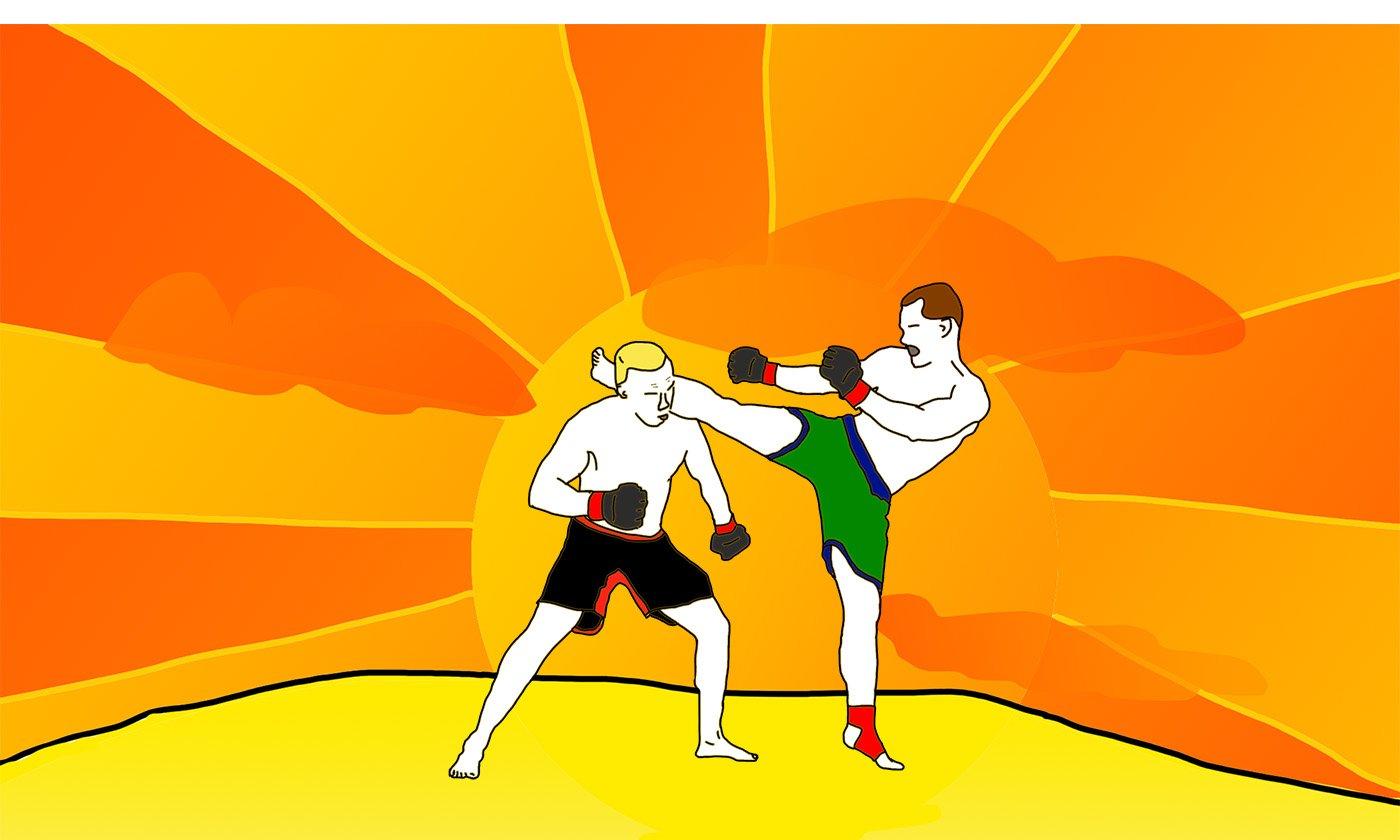 Exploring the importance of respect and discipline through martial arts

The black belt in martial arts represents years of training and dedication to the sport, and is recognized around the world as a symbol of accomplishment and expertise.

Senior Tejas Shete is a second-degree black belt in mixed martial arts (MMA), the second of nine levels experts can attain after getting their black belts, and is still training as well as teaching those seeking to learn. He said martial arts are not taken seriously by many who practice other sports.

“People think of it as easier than a sport, and that is very untrue. It’s an intense sport that requires a lot of physical and mental training.”

Shete practices MMA, which combines a variety of different styles including taekwondo, kickboxing and many others.

“We do everything you see in the UFC [Ultimate Fighting Championship],” Shete said. “But we learn and practice in a more proper way that includes correct techniques.”

Shete’s journey to black belt status took eight years of training, and he can now spread his knowledge and expertise to many others as a teacher at a studio in Mountain View.

Shete teaches with other instructors to help roughly 200 students learning the different styles emphasized within MMA.

Paly currently has no martial arts program, but Shete said there are upwards of 30 to 40 students who practice martial arts on a regular basis. One of those is a peer of Shete’s, sophomore Neha Joshi.

Joshi has been practicing martial arts since she was in kindergarten, and continued to strengthen her abilities until she reached second-degree black belt in MMA in 2017, after receiving her initial black belt in 2015.

Although she highlights the importance of training the mind, as well as the body, in order to be successful, Joshi defines respect as the paramount factor of success in martial arts.

“In martial arts, one of the first things you learn is to bow. It symbolizes respect: respect for your fellow students, for your instructor, for the studio, etc. Respect is the foundation of your learning. As you advance through the ranks, you have to keep a sharp mind and discipline in order to perform to your highest capacity. The second you start to lose respect for one another, you not only become sloppier, but you are missing what the core of martial arts is really about.”

For many who do not practice martial arts, the only way to get exposure on the subject is through pop culture such as movies and television, which aren’t necessarily accurate portrayals, according to Shete.

“The styles they perform in those movies are pretty big misrepresentations,” Shete said. “The techniques they perform are cool, but that’s not real martial arts. [Movies] never really highlight the importance of how hard it is to really achieve mastery in the art.”

According to Shete and Joshi, since martial arts are such a difficult sport to grasp, people often don’t give it a chance.

“It’s hard to pick up martial arts quickly like you can for sports such as soccer and basketball which can be played at almost any time.” Shete said. “I still believe that people should give it a try, for at least a month, to see martial arts for the physically and mentally challenging sport that it is.”

The difficulty in starting the sport is considerable and does not get easier, but Joshi said that once a person ultimately puts his or her mind to it, the impact is substantial outside of martial arts.

“It’s fairly important,” Joshi said. “It really helped me develop a good sense of responsibility, and as with any sport, it’s helped me develop time management skills. I can also keep a calmer head in a multitude of situations simply because we have to be able to control ourselves. And it also helped make me stronger, and that’s helpful all around life. Plus, it’s taught me very useful self-defense skills, and self-defense is something everyone should know.”

Shete has a similar viewpoint, and adding new perspectives as a result of teaching has greatly improved his outlook and actions well outside of martial arts.

“Training as a kid helped me with discipline, focus and respect, while now, as a teacher, I get to see how people of all different ages think and act, which has given me a lot of experience on how to treat others.”

For sophomore Mustafa Beig, his introduction to martial arts was less linear, starting his career with a free guest pass to a local studio given by a friend.

After that, Beig committed to the sport for good and has reached red-belt level within his studio where he does muay thai, a style of kickboxing that uses fists, elbows, knees and shins. For Beig, the sport’s most important facet is staying determined and disciplined.

“I’ve taken a lot of breaks in my five year career, and it’s set me back mentally. It takes a long time to get into that state of mind.”

When it comes to a martial arts team at Paly, Shete and Beig both said they have thought of starting a team, but they both think the interest would not be great enough to start a team in the school setting.

“I don’t think people would be open to the idea, as there is not enough interest in the sport,” Beig said. “For it to work, people would have to have a discipline for it from the start, and that is very difficult to start with.”