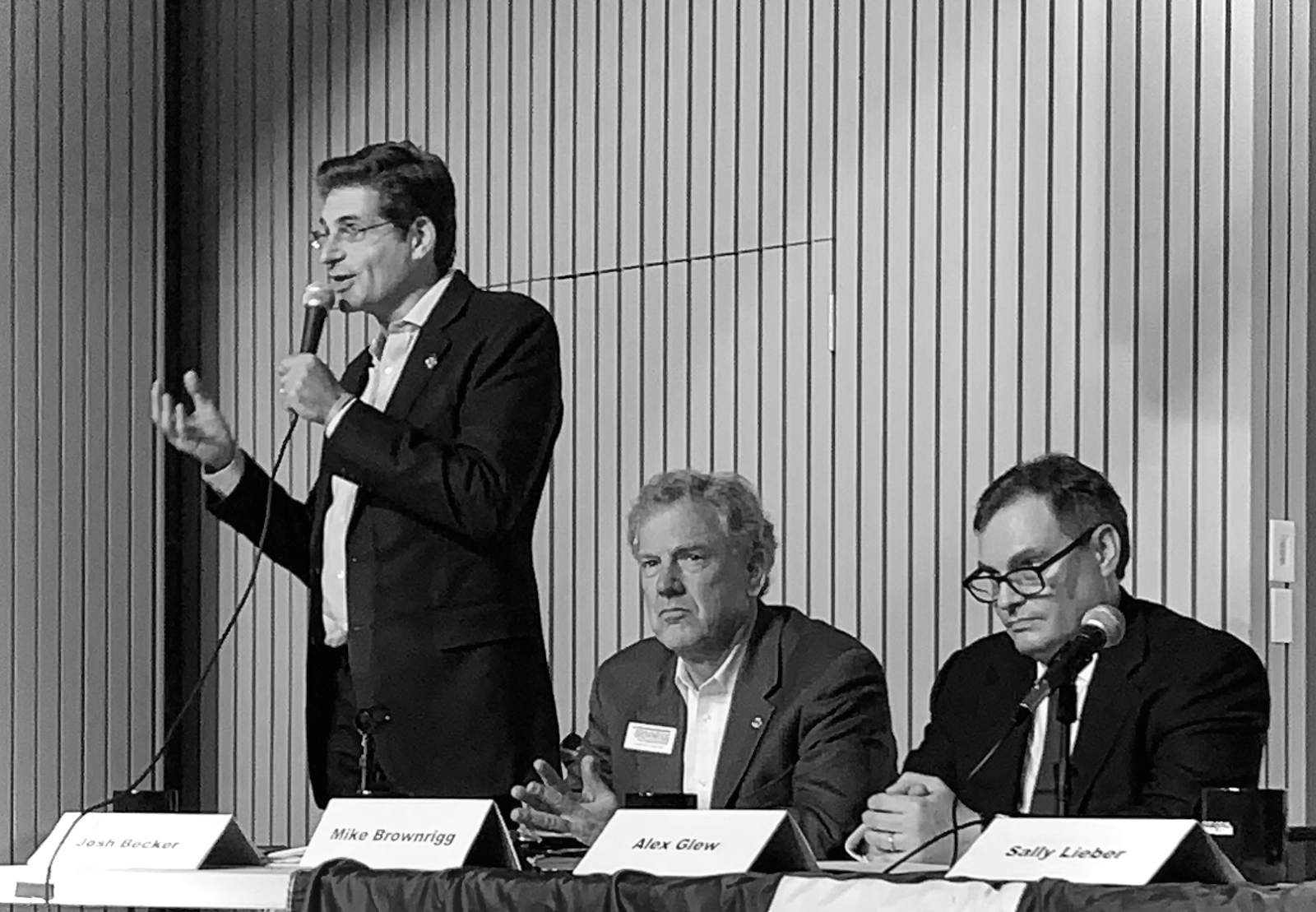 Candidates vying for the State Senate nomination for California’s 13th district took the stage to debate policy issues on Feb. 5 at the Palo Alto Art Center.

The candidates responded to a series of questions regarding affordable housing, PG&E and local transportation.

“The first half of the questions were made by the moderators … and the rest of them came from the audience,” said Ben Christopher, one of three moderators for the debate.

The event was a chance for candidates to convince local voters of their platforms and attempt to differentiate themselves and their stances from their opponents ahead of the primary election, which is to be held on March 3.

“(The debate was) a chance to show that I have good, innovative ideas and that I have the experience to make them happen,” Becker said.

On the issue of creating sufficient housing for the rapid growth of the district, Becker, endorsed by both incumbent Sen. Gerald Hill and California Gov. Gavin Newsom, proposed that all large businesses should be tasked with funding a number of living spaces proportional to the number of jobs they create.

Both Masur, who serves as the vice mayor of Redwood City, and Oliva, who sits on the City Council of Millbrae, raised an objection to this proposition, calling it unrealistic since, they say, new housing units cost $600,000 on average.

Brownrigg, who has served as a diplomat and as a Burlingame city council member, presented a counterproposal, which borrows aspects from the carbon-credit market in order to incentivize commercial developers to build more houses.

Masur was the only candidate to support Senate Bill 50, a proposal that would allow for the rapid replacement of single-story houses near transit centers with mid-rise apartment buildings.

The candidates were generally in agreement on the issue of public transportation, saying the proposed California high-speed rail project was inefficient and detrimental to citizens,  and that the state’s money would be better spent constructing grade separations and improving the safety of the Caltrain system.

One thing the candidates didn’t agree on, though, was a bill that would allow the state government to take control of electricity and gas provider PG&E. Becker, Brownrigg and Lieber agreed with the bill, while Glew, Masur, Oliva and Webster opposed it. The opposing candidates argued that PG&E should be treated like any other company and allowed to die out.

Those supporting the bill, however, said someone needs to support PG&E and that the government should step in.

Becker, Brownrigg, Masur and Oliva all responded to questioning about large donations to their campaign by individuals and groups, all of which were defended by the candidates in question.

Several voters, including Palo Alto Resident Marisa Cooper, had expressed doubts about these donations. “I’m definitely a bit skeptical of the candidates with a lot of corporate money,” Cooper said.

While the debate took place for the most part without direct conflicts between candidates, the closest moment to a clash of the night occurred when Masur and Lieber debated how they would hold charter schools responsible for using taxpayers’ dollars.

Masur, who previously served on the Redwood City School Board, advocated for charter schools to openly publicize meetings and records, while Lieber criticized charter schools as a whole.

“I have never voted for any charter schools at any time, and frankly, that’s a difference (Masur and I) have,” Lieber said.

Just as the debate was an opportunity for the candidates to share their ideas, it also allowed the nearly 200  local citizens who attended it to learn about and formulate opinions on the candidates.

“It’s given me a much better insight on the abilities of all of these candidates,” Palo Alto voter Richard Rober said.

Following the primary elections, two out of the seven candidates will run against each other  in an effort to win the general elections later in the year.