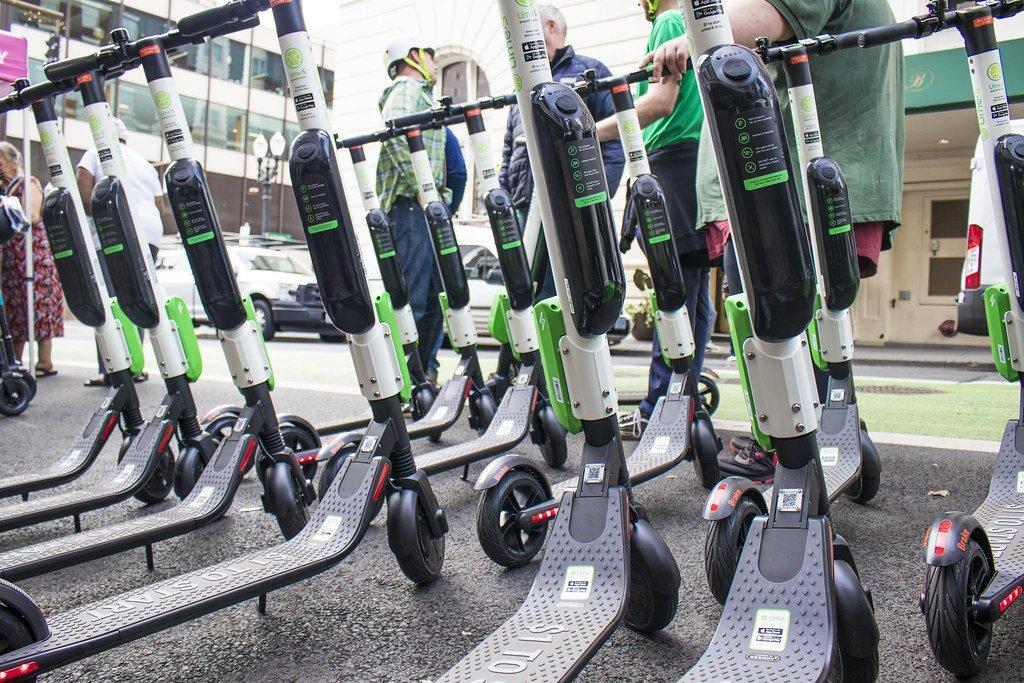 With the constant traffic around Palo Alto causing significant congestion for drivers, the City of Palo Alto has begun implementing a new form of transportation: the electric scooter. After the details are finalized, the scooters will hit the streets in the coming months.

Centered around the Caltrain, Stanford University and the Stanford research park, Mayor Aldrian Fine suggests that this form of transportation will cause fewer people to use Uber and Lyft as it offers a convenient alternative that will allow people to spend less on transportation. The scooters are only $1 to rent regardless of time in use and the distance traveled.

One of the biggest issues for commuters within Palo Alto is the last-mile issue. Since many individuals come to Palo Alto for work, there have been large problems with the increased demand for parking, according to Fine. Even those who take the Caltrain still often need a ride from the Caltrain to their workplace. Electric scooters will help with this issue, according to Fine.

“Transportation and mobility are priorities for us, and micro-mobility (scooters) are a great new way for many (not all!) people to get around,” Fine said in an email. “Especially looking at Caltrain, the university, and the research park, many people may choose to take a scooter compared to a car or Lyft/Uber, thus reducing traffic.”

Chief Transportation Official of Palo Alto, Philip Kamhi said he aims to reduce the last-mile issue that Palo Alto is facing with this new implementation of transportation.

“Micro-mobility is a possible solution to the first mile-last mile problem with public transportation systems,” Kamhi said. “That is, that not everyone lives within easy walking distance of public transit.”

“As a result, these trips are often taken by Single Occupancy Vehicles (SOVs), which increases congestion, pollution, and parking problems,” Kamhi said. “Micro-mobility also provides an alternative to SOVs for other short trips, not just those connecting to transit, and it can be relatively low-cost.”

In addition to traffic congestion within the city, City Council Member Greg Tanaka said electric scooters will help Palo Alto be a front-runner in promoting transportation that limits greenhouse gas emissions and helps the environment.

“Eighty percent of our greenhouse gas is caused by transportation,” Tanaka said. “For the sake of the environment, it’s actually really important that we start making some headway in trying to fix this problem. So, I think what this will do is it will help to reduce greenhouse gas in the house.”

However, some are concerned with potential scooter-related accidents, according to Tanaka. Although the state of California requires people under the age of 18 to wear helmets, those above the age of 18 will be at greater risk for serious injuries.

Although downsides will arise, Tanaka acknowledges that Palo Alto is the right place for this type of transportation.

“There are going to be some initial bugs and stuff you have to figure out,” Tanaka said. “But I think, in terms of really trying to meet our climate change, initiatives are being taken, and we are trying to help traffic and congestion problems. I think these are good steps forward.”

With multiple different electric scooter companies founded in the past two years, one company that has shown particularly strong interest in coming to Palo Alto is LimeBike. With the first Lime bikes in California being introduced in Oakland, the scooters have become very popular with over 2.5 million rides over the past two years since implementation.

With many students in the area, it will be a joy to have the electric scooters implemented. For many students especially at Palo Alto High School, this form of transportation will allow for more options.

As a center for innovation and technology, Silicon Valley and Palo Alto are areas where scooters need to be implemented in order to keep up with the rest of the world according to Essenmacher. Essenmacher said that the commute in the area will be much smoother than before.

“There’s a lot of younger people in Palo Alto because of Silicon Valley and Stanford, so there’s a big population in this area of people who would use electric scooters as a way to avoid traffic on their commute,” Essenmacher said.

With this new form of transportation, many Paly students have expressed their excitement for them to come to Palo Alto. Junior Stella Essenmacher believes scooters are a great alternative to less environmentally-friendly alternatives such as cars.

Essenmacher said, “I’ve seen electric scooters in other cities, and they seem like an affordable, earth-friendly and fun alternative to cars.”