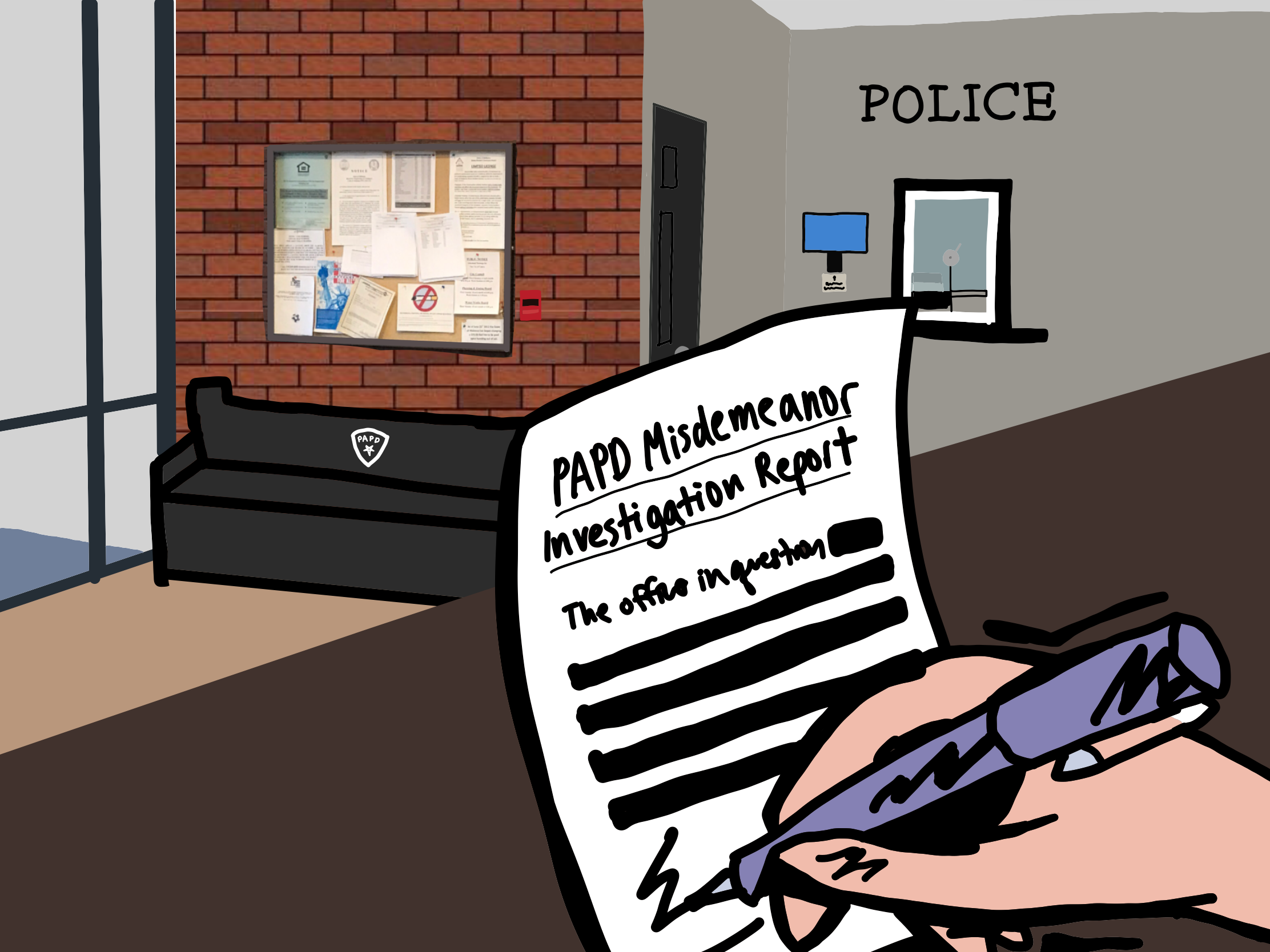 Use-of-Force investigation reports should be publicized

A splash of color amid weathered asphalt, a hand-painted mural reading “Black Lives Matter” has blocked off the center lanes of Hamilton Avenue on the block in front of City Hall since July. Traffic is directed around one artist’s car, which physically blocks automobile access to the art in an effort to protect it and its message.

The mural comes alongside months of protests against police brutality, some of which filled the streets of Palo Alto—a symbol of the widespread community support for the Black Lives Matter movement. But the issue that sparked the protests in the first place remains: police must be held accountable for their actions.

As such, the Campanile believes that along with the reforms currently being made to Palo Alto Police Department policy, there ought to be a better framework for investigating complaints and making misconduct investigations more transparent.

According to Mayor Adrian Fine, the City Council has been looking into police reform since last November. Talks were kicked into high gear when the protests, sparked by the murder of George Floyd, began in early June, and the 8Can’tWait policies—a series of use-of-force police reforms that can be found on the 8Can’tWait website—were brought before the council and the Human Relations Commission in July.

The HRC presented their recommendations at the Aug. 24 City Council meeting, calling for the Palo Alto Police Department to align with other local police departments that have implemented policies similar to those of 8Can’tWait.

The PAPD’s subsequent responses to the five 8Can’tWait policies they are not already aligned with (the banning of chokeholds and strangleholds, exhaustion of all alternatives before shooting, banning of shooting at moving vehicles and a requirement for de-escalation and a use of force continuum), which can all be found on the City of Palo Alto website, are littered with subjective ambiguities. Verbiage such as “if reasonably safe and feasible” follows most responses, with little indication as to how those determinations are evaluated as well as what the ramifications are for officers who violate use-of-force policies.

Current PAPD policy states that once you submit a misconduct complaint, you will not be informed of any disciplinary action taken against the officer nor will you receive a copy of the investigation. However, the public has the right to such records related to any incident where a law enforcement officer fired a gun at a person under California Senate Bill 1421, approved on Sept. 30, 2018—and the Campanile thinks the same exception ought to extend to all other alleged use-of-force policy violations to hold police officers accountable.

Overly restrictive policy reforms pose a risk of putting police officers in danger, as Mayor Adrian Fine said to The Campanile. At the same time, officers must be held accountable; thus, we urge the PAPD to outline and restructure a clearer outline for transparently evaluating police misconduct, particularly with regard to alleged use-of-force policy violations. A first step could be releasing body camera footage from all use-of-force incidents and making investigation reports public.

By making all use-of-force misconduct investigation reports and body camera footage public knowledge, officers will be held accountable while concerns around policy restricting officers from doing their job are eased.

The Palo Alto Police Officers’ Association, the police officers’ union, did not respond to interview requests for this editorial.