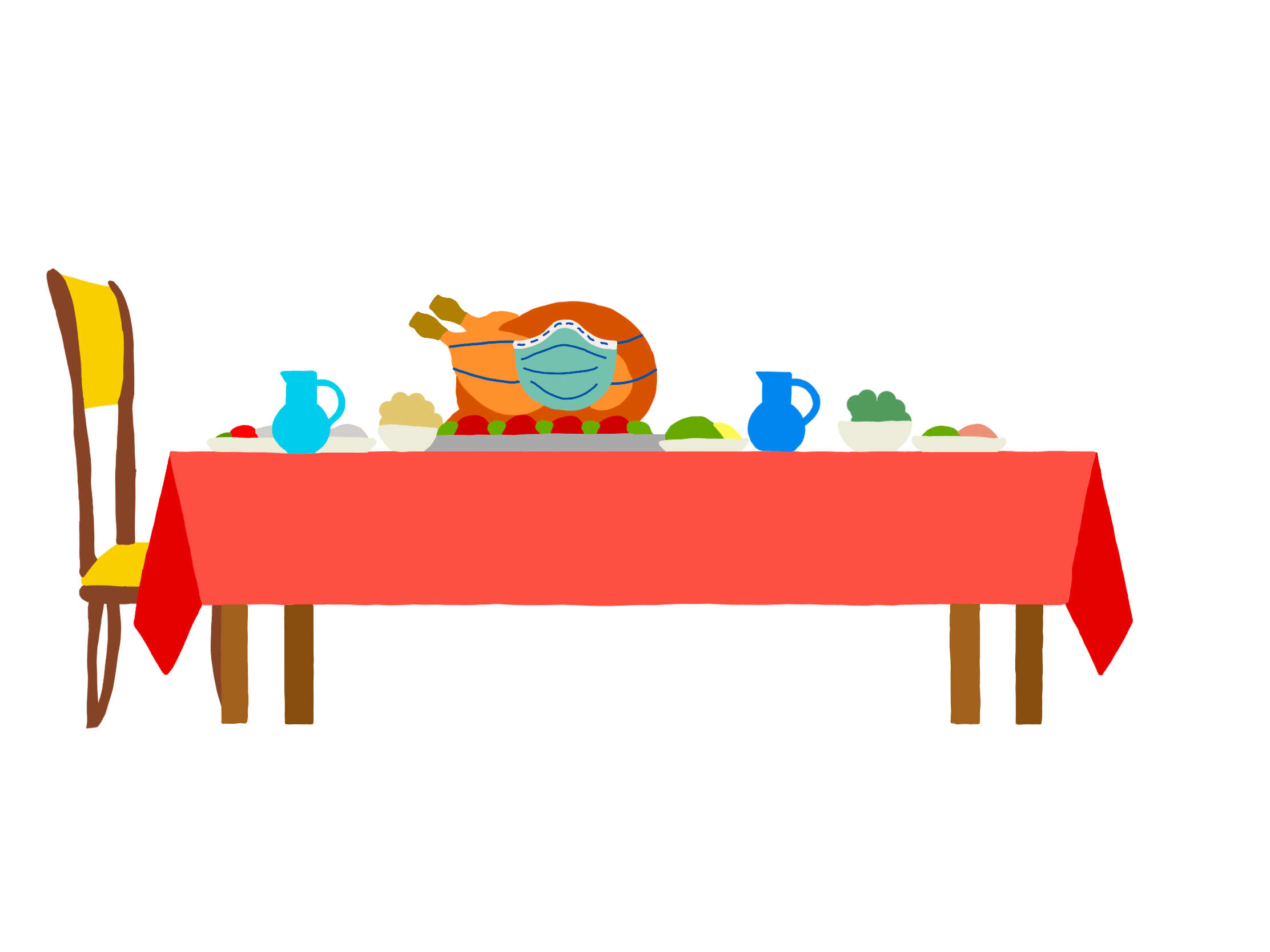 Holidays in the wake of COVID-19

The Thanksgiving table at junior Nikhil Majeti’s house is usually spent with family members at a booming-with-life celebration signaling the start to a joyful holiday season. But this year, only four seats will be pulled up around the turkey.

Thanksgiving, often known for warm extended family gatherings around a table full of food, is, like everything else, affected by the COVID-19 pandemic, likely putting a damper on the cheer and travel associated with the holiday.

“Usually we would get together with extended family and have a huge meal, but with the risks for the elderly associated with travel with (COVID-19) my grandparents can’t come,” Majeti said. “My aunt recently had a treatment that compromised her immune system, so that isn’t an option either.”

Senior Ryan Leong is in a similar situation.

“During a normal year we would usually go to LA or some other place,” Leong said. “But, because of COVID, I definitely won’t be traveling or going to any big get together or anything.”

And for freshmen Avni Shah, a Thanksgiving tradition of traveling to see family in Chicago will have to be put on pause this year.

“We’re just going to stay at home this Thanksgiving,” Shah said. “Usually we go to Chicago to visit family during Thanksgiving, but we won’t be able to see our family this year.”

For many families, Thanksgiving traditions will have to wait this year.

“I think lots of families will end up not being able to meet, and the ones who are dedicated enough to travel may end up with serious consequences,” Majeti said.

In order to comply with COVID-19 rules and restrictions, both Leong and Shah had what some would call a more modified Thanksgiving celebration.

Leong ended up having his outdoors Friendsgiving since most of his friends were in town due to not being able to travel as much this Thanksgiving.

“Our Friendsgiving was super fun,” Leong said. “The food that we brought was super good, and although not all of it was homemade it still tasted great. People brought mashed potatoes, sparkling cider, and apple pie. I brought two whole rotisserie chickens which ended being a big mistake because we actually only ended up eating two, so I went home with a whole chicken.”

Shah, unable to see family, was still able to have a somewhat traditional meal while staying safe and having just as much fun.

“I had a potluck lunch with my friends in their backyard. Everyone wore makes and was super safe which was great,” Shah said.

Both Christmas, New Year’s and Black Friday are all likely to be affected by the pandemic too

“I think Black Friday will be hugely affected in person, but in this day and age, more and more shopping is moving online, so in that capacity it may not be affected as much,” Majeti said. “I think Christmas and New Years will be affected similarly to Thanksgiving.”

Shah agrees and said part of the reason people enjoy Black Friday is for the experience of waking up early and cramming themselves into stores where people are fighting over getting the best deal. That’s not likely to seem so thrilling this year.

Leong said he hopes that with the pandemic in mind, people approach the holiday season with caution and sense.

“I think that COVID should hopefully scare some people off from going to large gatherings, but honestly things like Black Friday shopping might be too tempting for some people, so for something like that, I, unfortunately, don’t think it’s going to affect much,” Leong said. “Hopefully people will use their best judgment and not go to large gatherings.”