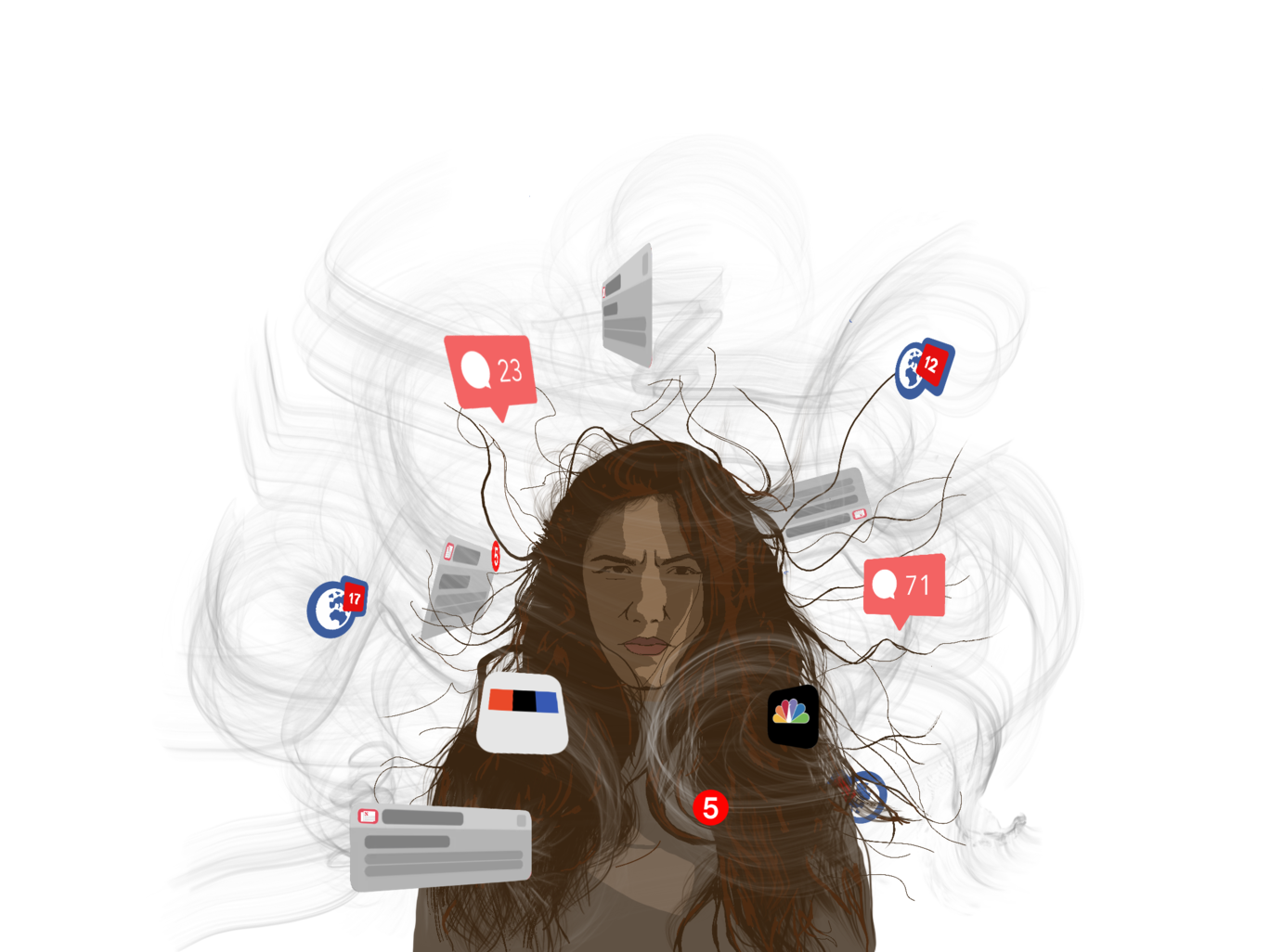 The detriments of doom scrolling

If there’s one thing almost every teen has experienced and vowed to leave behind in 2020, it’s doom scrolling — a phrase used to describe the feeling of being trapped in a constant consumption of news that can often have a detrimental effect on one’s mental health.

For junior Sophia Baginskis finding a balance between being vocal on social media and becoming overwhelmed by news was a 2020 struggle.

“I do feel overwhelmed by the news quite often,” Baginskis said. “It’s difficult to be a teenager during such a constantly changing time, and it feels like every day for the past year I wake up to a new tragedy or monstrous change. It’s a weird contrast because I am happy to see youth advocating for things they believe in on social media, but it can also feel overwhelming.”

Baginskis, who co-founded a program called “Teens Create Change” to get out the vote for senate races over the summer, is not alone in feeling this way. Many students say they are experiencing similar levels of  exhaustion while constantly refreshing news broadcasts and social media feeds. The news cycle — which never sleeps — combined with the pressure to stay active on social media and to stay up-to-date on news can be suffocating.

“Many days I wake up and feel that I am not doing enough, no matter if I spend my entire day helping others,” Baginskis said. “There is also a negative side of social media in which high schoolers shame others for not speaking out about different issues. This creates a problem because many people have 1,000 other reasons for not posting on social media, besides not believing in the cause.”

The vortex of Instagram reposts has the potential to be powerful and help give a voice to good causes. But it can also pile onto an already inundated timeline.

“There has been a lot of overwhelming news in general,” Wellness outreach worker Whitney Aquino said. “There’s a lot of different layers about someone wanting to stay informed, feeling a responsibility to stay informed and constantly getting the news updates because the 24 hour news cycle doesn’t sleep. I definitely have experienced that every time I download a new news app.”

Aquino also recommends students silence notifications on news apps so that rather than remaining constantly distracted by updates from multiple apps every few minutes, users only read the news when they have the time to absorb it. And Baginskis said she already opts for this approach which allows her to avoid cycles of doom scrolling.

Senior Dani Colman said “(Especially) when it comes to social media, it’s important to ask ourselves why we are posting, and what it means. Social media can be extraordinarily overwhelming and even emotionally harmful. However, as we’ve seen in the past few days, coming together through social media and using your online presence to speak up can drive significant change within a community.”