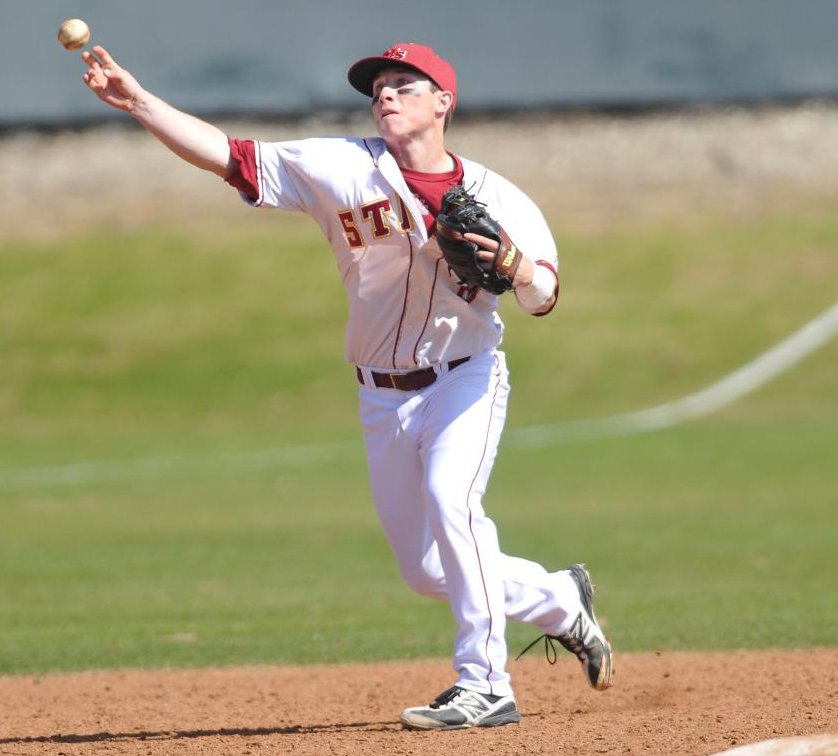 Scott Witte (‘10) spent one year at University of Washington before transfering to Claremont McKenna College.

The ins and outs of the college recruitment process

The process high school athletes go through to get recruited to play in college is drastically different from a senior’s typical college application process. The process for athletes can begin as early as freshman year and can end as early as sophomore year.

Senior quarterback Keller Chryst rose to the top of ESPN’s recruiting charts early on in his high school football career. Chryst, who is currently the 19th ranked recruit and the number-one quarterback in the country for the Class of 2014, received his first offer during the summer of 2012. This past summer, he committed to play for Stanford University, ending his recruiting process a year after he received his first offer.

Prospective collegiate athletes who are not nationally recognized and do not have schools knocking on their door travel down drastically different paths.

For example, Juniperro Serra High School’s star cornerback, senior Adoree’ Jackson, has some time during their sophomore year, such athletes establish a list of schools they are interested in attending.

Once an athlete’s list has been established, the first step is getting in contact with coaches. The best way to do this is by sending a letter to each of the schools the athlete is interested in. The letter usually consists of the athlete’s accomplishments, both academic and athletic, as well as why they are interested in the school. The main goal of this letter is to establish a very basic relationship with the coach and get the athlete’s name on the coach’s list of prospective recruits.

Then comes the most important part of the process: the showcasing of abilities on the field. This is most frequently done at showcases held over the summer by both schools and independent agencies.

Showcases usually consist of a skills portion, where athletes demonstrate their raw athletic ability through events such as the 40-yard dash, and a game portion in which athletes compete in simulated games in front of the coaches in attendance. These camps and showcases provide an excellent time for athletes to have brief conversations with coaches from all over the nation and further express their interest in the schools on their list.

However, one must be careful when signing up for showcases because for every reputable showcase out there, there is a handful of others simply looking to take the athlete’s money. Unfortunately, athletes often show up for a camp only to find a camp devoid of college coaches. It can be tricky for potential recruits to separate the good showcases from the scams.

The video allows athletes a medium through which to showcase their abilities to coaches from all over the country. The importance of the recruiting video cannot be understated. Although uncommon, it does happen every once in a while that an athlete receives an offer solely based off their video, with the coach never having actually seen them play in person.

Once contact with a coach has been established, the next step is opening a line of communication between player and coach. These interactions can be tricky for athletes trying to obtain an offer because it is considered bad form to come straight and ask a coach for a spot on the team. Some ways around this are asking questions such as “How much depth do you have at my position?” or “What positions are you looking for?” While these questions do not work 100 percent of the time, they are a good way of getting a coach talking about you and their team in the same sentence.

For student-athletes who do not get an offer in high school there are still ways of getting on a college team. Some schools, particularly Division III schools, will give students an opportunity to try out for, or “walk on” to the team once they are at the school.

While this is often a longshot, for athletes willing to put in the work, it is possible to scratch and claw one’s way onto the team in this way.

Prominent National Football League players such as Jordy Nelson, JJ Watt and Clay Matthews all began their college careers as walk-ons. Former Palo Alto High School pitcher Scott Witte (‘10) knows full well the opportunities that walking-on can provide student athletes with. Witte earned a tryout with the University of Washington baseball team. However, after one year at Washington, Witte decided to transfer to Division III Claremont McKenna College, where he is currently a senior.

For athletes, the college recruiting application process begins much earlier and requires the athletes to navigate many unclear nuances of the system, however if they can successfully work their way through the process, the reward of getting to play their sport in college is well worth it.